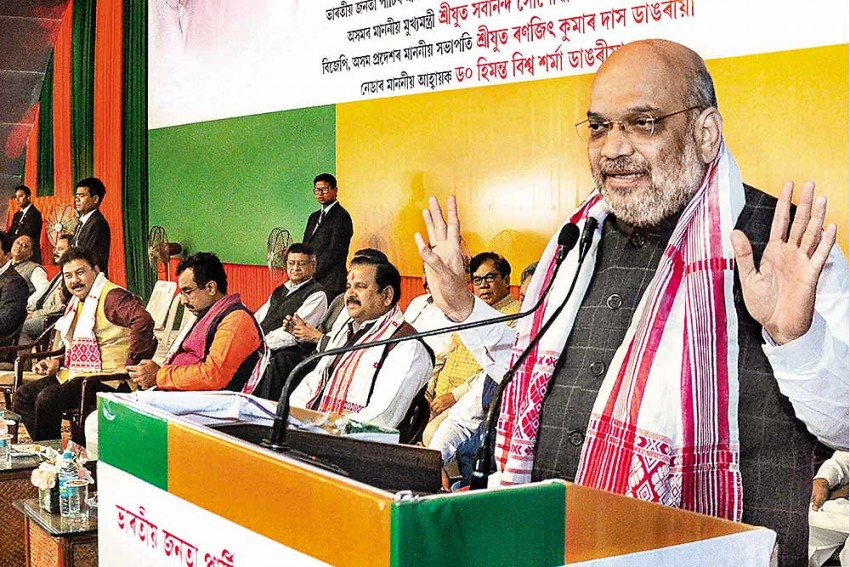 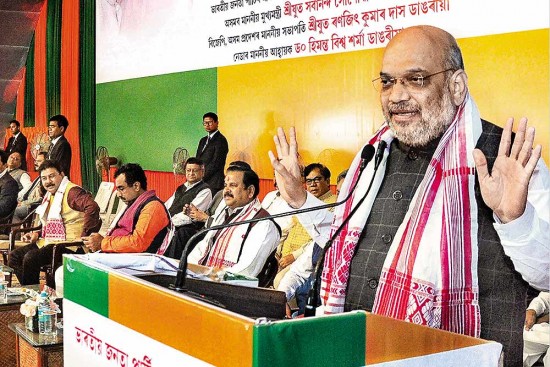 Firecackers were burst on busy streets across the Northeast. Supporters  of students’ organisations and political parties distributed sweets. Ordinary passers-by joined the celebrations, breaking into impromptu jigs. Word had just come from Delhi that the contentious Citizenship (Amendment) Bill 2016 had lapsed. The BJP-led government at the Centre did not table it for debate in the Rajya Sabha on the last day of the budget session on February 13. For many in the Northeast, it was a victory after months of protests—sometimes violent—against the bill aimed at providing concessions to non-Muslims from three neighbouring states in getting Indian citizenship. The bill has been passed in the Lok Sabha.

A few days later, BJP president Amit Shah threw down the gauntlet. Again. Addressing a meeting of the BJP’s youth wing in Lakhimpur, Shah said the BJP government will reintroduce the bill to prevent Assam from “turning into another Kashmir”. This came days after 42 CRPF troopers were killed in Kashmir in one of the worst terrorist attacks in the militancy-hit state. It is debatable if Shah linking the bill to terrorism would translate to votes in the summer Lok Sabha polls. But his comments riled have social organisations in a region historically

opposed to “illegal immigration”. For the party hoping to take a sizeable chunk of the 25 Lok Sabha seats from the Northeast, including Sikkim, the bill could turn out to be its Achilles heel.

Samuel B. Jyrwa, chairperson of the North East Students’ Organisation (NESO), says the region will never accept the bill, which will only add to the “heavy burden” of immigrants on the Northeast. The NESO is the umbrella group of the student unions in the region and wields considerable electoral influence.

Jyrwa described Shah’s statement as “an insult to the people’s movement” against the bill. “…Their (BJP’) design is to reduce the microscopic indigenous communities to a minority by flooding the region with illegal Bangladeshis to achieve their Hindutva objective.”

Faced with stiff opposition from its own allies, the BJP has already decided against contesting in Sikkim, Nagaland, Megha­laya and Mizoram, and leaving the seats to the constituents of the North East Democratic Alliance (NEDA), a political front led by the saffron party.

A BJP insider, who didn’t wish to be named, says the party didn’t want to take the risk but to go safe with the NEDA allies. “The situation in these states is little different and difficult. So we want to adopt the wait and watch policy, at least for these states. We will contest in Assam, Manipur, Tripura and Arunachal Pradesh and we are confident of doing well,” he says.

BJP’s Assam spokesperson Pabitra Margherita says they are not worried about the possible cascade effect of citizenship bill  on the polls  “Our agenda has been clear. It’s development and development alone. So, we are not much worried about what particular sections of people are saying,” Margherita says, adding that the opposition to the bill is due to political ideology. “On top of that many have even misinterpreted the bill. We have already won the council and panchyat polls. This indicates that the people of Assam are with us,” he vouches with confidence.

The opposition Congress—which has lost all the states in the region over the past few years—sees a chance to regain lost ground. “This is not about one election. The attitude of Amit Shah and the BJP reflects the sense of frustration,” former Meghalaya chief minister Mukul Sangma says. Sangma’s successor Conrad Sangma of the NPP, a BJP ally, was at the forefront of the anti­-bill protests. In Assam, the Asom Gana Parishad (AGP) broke its alliance with the BJP last month. But Shah’s belligerent comments indicate that the BJP has not yet given up on the bill that has the support of Hindu immigrants, especially those from Bangladesh.