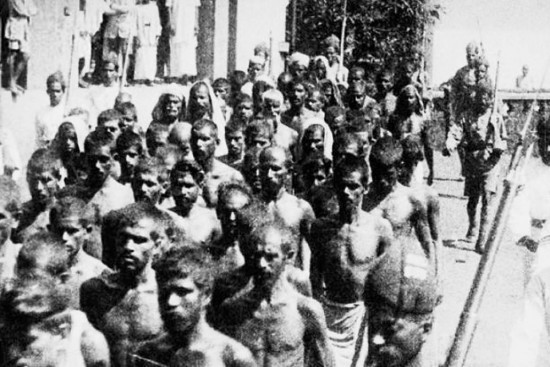 As the maxim goes, “history is written by the victors”. The British won the battle of Malabar, crushing the rebellion of 1921. They were the victors. They wrote away the history of that rebellion as a mere Mappila (Muslim) mutiny. They had similarly played down the people’s struggle of 1857 as a mere sepoy mutiny. A century later, the new ­victors have officially endorsed the British ­version of the 1921 Malabar rebellion. The ICHR’s proposal to remove the names of the 1921 martyrs from the official list of freedom fighters is in line with the British interpretation of the reb­ellion. The ICHR too has defined it as a mut­iny of Muslims alone and not connected to the freedom struggle. This move amounts to distortion of the history of our freedom movement.

This was a rebellion that struck against the ­colonial power and its loyal feudal allies. Though colonial historians later cleverly fabricated the theory of Mappila revolt in consonance with their divide-and-rule policy, their own reports and historical documents point to the contrary. The rebels were booked for waging war against the British government and their monarch. Hundreds were massacred, thousands were ­mercilessly tortured, deported to the Andamans and imprisoned for life. This ruthless suppression was unleashed as the authorities apprehended a grave challenge to their colonial power, which could replicate the 1857 mutiny.

Many prominent leaders of the national movement in Kerala saw the rebellion as an armed conflict with the British. K. Madhavan Nair, a leader of the freedom struggle in Malabar and eyewitness to the rebellion, assessed it as “a great conflict between the British government and the Indians since the 1857 mutiny”. Another leader who was subjected to torture and life imprisonment for involvement in the rebellion, M.B. Namboothiripad, an upper-caste Hindu, also rated the 1921 revolt as next only to the 1857 ­mutiny in our freedom struggle’s history. He ­categorically rubbished the theory of communal hatred as the primary cause of the rebellion, asserting that “the original cause of the mutiny is political ­oppression and police atrocity”. The fact that many other Hindu leaders were also arrested, framed and convicted contradicts the narrative of Muslim outrage against Hindus. It is worth noting that many Muslims had no role in it.

Variamkunnath Haji, the most popular leader of the rebellion, was deeply influenced by Mahatma Gandhi and Maulana Shaukat Ali. He attended the meeting ­organised in connection with Gandhi’s first visit to Kerala in 1920. Moidu Maulavi, a Gandhian and another stalwart of the national movement in Malabar, recollects his first meeting with the khadi-­clad Haji in his memoirs. Ahead of the Congress-Khilafat meetings, in February 1921, the district magistrate issued an order prohibiting certain leaders from addressing the public in Eranadu taluk. Haji’s name was first on the list. These accounts testify that the rebellion was motivated by strong anti-­British sentiments. This is amply suppo­rted by British documents of the time.

Hindu leaders too were arrested and convicted in the 1921 rebellion. This contradicts the Muslim vs Hindu narrative.

The rebellion was as much against landlords as it was against the colonial power. Malabar, unlike Cochin and Travancore, was directly under British rule. The poor peasantry, subjected to the double whammy of colonial and ­feudal exploitation, was struggling for survival. In Eranadu and Valluvanadu talukas—epicentre of the rebellion—most tenants were Muslim and the ­majority of landlords were upper-caste Hindus. According to a report by the British collector, in 1803 only eight of 103 landlords were Muslims. By 1889, out of 829 landlords, just 12 were Muslims. The authorities were aware of the worsening agrarian situation and growing discontent among poor peasants. In 1881, William Logan was appointed as special commissioner to study agrarian unrest in Malabar. Between 1836 and 1921, 32 agrarian conflicts happened in Malabar. Though national and international developments due to World War I and the non-cooperation and Khilafat movements played an important role in triggering the 1921 revolt, the intensification of discontent among poor peasants had already prepared the ground for it.

Despite this anti-colonial and anti-feudal content, however, there were communal aberrations on some occasions when conflicts between Muslim tenants and Hindu landlords were misdirected into communal hostility, leading to atrocities. The British also ­facilitated such stray incidents through non-intervention.

The first objective evaluation of 1921 was done by the Communist Party, which adopted a ­resolution acknowledging its historic role, on the eve of 25 years since the rebellion. Elaborating its anti-colonial and anti-­feudal legacy, E.M.S. Namboodiripad also warned about the communal aberrations. However, eyewitness accounts and historical research provide us a plethora of evidence that the rebellion’s leaders never tolerated any communal excesses. In his book, Madhavan Nair mentions a number of instances of how Haji took strong action against communal misdeeds and ensured the protection of Hindus. Keen to promote Hindu-Muslim amity, Haji even wrote to the editor of The Hindu. Haji also declared his vision of a Malayala Rajyam, which shows he never fought for an Islamic state. The Malabar rebellion paved the way for a series of peasant and mass uprisings in the late 1930s and early 40s. By then Kerala’s peasantry and the newly emerging working class were drawing ideological inspiration from Marxism and beginning to ally with the Left. The weaknesses of 1921 have never been repeated in Kerala.

Not a single, coherent movement, our freedom struggle was as diverse as Indian society. Its many streams had their own strengths and ­weaknesses, but their legacy is much greater than their lapses. The Malabar rebellion is undoubtedly a glorious chapter in this history. The martyrdom of so many brave people cannot be buried under the landslide of the current propaganda.