It may have just seven Lok Sabha seats, but winning Delhi is like jewel in the crown. Congress has fallen back on Sheila Dikshit but it's AAP and BJP that seems to be in serious battle 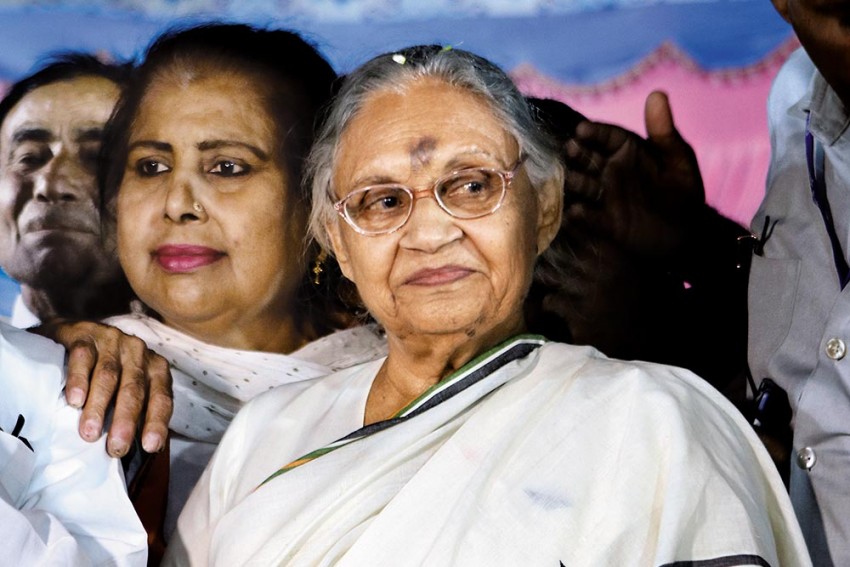 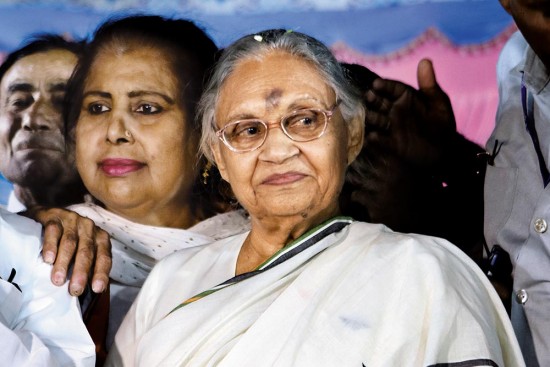 Like moths drawn to a distant light, Delhi is a fatal attraction—for poets and politicians alike. It’s the jewel in the crown of Mughal Hindustan; it’s the must-win battleground in present-day India. Throw in high-octane campaigning, heavyweight candidates, star campaigners and we have a potboiler in our hands.

With just seven seats, Delhi may not be a game-changer but in an election which many expect to throw up a fractured mandate, every seat counts. And the three main players for the May 12 contest—BJP, AAP and Congress— are locked in a battle of attrition that promises to go down to the wire. While the BJP is hoping for a rep­eat its 2014 performance, the AAP is looking to retain its political dominance and the Congress is spinning a revival strategy.

The AAP and Congress, though, are still smarting from the failed talks to cobble up an alliance to checkmate the BJP. “Earlier, there was a thought process in the party that we should ally with Congress. Today, we realise that there is a strong support for AAP on the ground,” says AAP leader Saurabh Bharadwaj.

The Congress blames an overambitious AAP for the failed talks. Congress general secretary P.C. Chacko says though the party was willing to have a four-three seat-sharing adjustment in Delhi, AAP was looking to expand its base in Punjab and Haryana. “We held discussions for months and they took a U-turn on the final day when we about to make the alliance anno­uncement. We were ready to compromise despite opposition from Sheila Dikshit and others. But AAP demanded seats in Haryana too,” says Chacko.

The elections are crucial for AAP, which swept the 2015 assembly polls wining 67 out of 70 seats. Kejriwal was credited for stopping the ‘lotus chariot’ amid a Modi wave. However, five years down the line, the party has lost many leaders including Yogendra Yadav and Prashant Bhushan.

“Leaders like Yadav who left the party said that they will come up with a new model. It has been two years. Where is the model they promised?” asks state minister Gopal Rai. However, the party suffered a setback in the municipal elections in 2017 when it lost 22 per cent votes and was pushed to the second position. Political ana­lyst Praveen Rai attributes dissent in the party to the alleged dictatorial nature of Arvind Kejriwal. “Experienced people have left the party. AAP failed miserably in implementing many of their promise…It’s true that they have done good work in education and health sector, but pollution and traffic jams are more pressing issues concerning the national capital,” says Rai.

Born out of an anti-corruption movement, does the party’s ideology of a welfare state, still holds appeal? “We are not into any straight jacket ideology. We are ready to take in any good ideas. The appeal is still there. People who benefited from our work in hospitals, schools and other social sectors are with us,” contends Bharadwaj.

Banking on its main plank of full statehood, AAP is highlighting its achievements in the area of health and education. “Our main focus is full statehood. Our hands were tied because of the Modi government’s interference. Our 25 MLAs were put in jail and CBI slapped cases on CM, Sisodia and others,” says RS MP Sanjay Singh.

The BJP rubbishes the AAP’s contentions. “This is not a government, but an event management company. They promised a 70-point agenda knowing that Delhi is not a state.  Organising PTMs in school is not an achievement,” says BJP spokesperson Ashish Sood. AAP leaders are confident that people will go with ­experienced candidates such as educator Atishi Marlena in East Delhi, where she is pitted against BJP’s cricketer-turned- politician Gautam Gambhir and Congress’ Arvinder Singh Lovely.