Assembly Elections 2020: Does AAP Chief Arvind Kejriwal Have The X-Factor To Defend Delhi?

The politics and personality of Arvind Kejriwal—beaver-like, unputdownable, jack-in-the-box—is the X-factor that sets it apart. 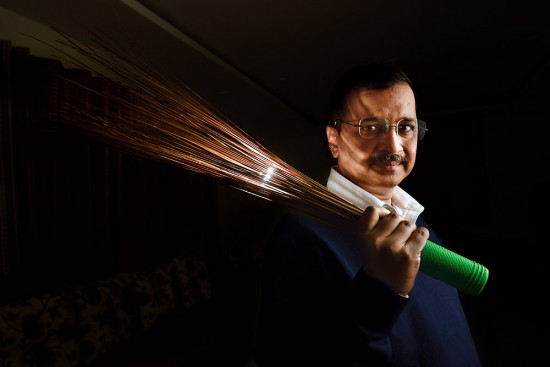 “Kya kaam ke naam par vote padta hai?” Do people vote for performance? This is the simple question Arvind Kejriwal is seeking an answer to—shorn of theory, or hifalutin ideology, a question meant to appeal to the common citizen. Delhi will vote again in early 2020, to get a government that will craft its destiny for the first half of the new decade. Kejriwal, a man who once deigned to loom much larger over India’s political landscape, has limited the horizon of his ambition. He wants only Delhi. There is stiff, and bitter, opposition though. The BJP wants desperately to break its 21-year long jinx and get a shot at power in the national capital. For the Congress, which ruled Delhi for 15 years under Sheila Dikshit and justly claims to have begun its transfor­mation, it’s a fight for ­relevance in a purana qila. And yet, this is about much more than Delhi. For, this is no ordinary three-sided electoral fight.

The politics and personality of Arvind Kejriwal—beaver-like, unputdownable, jack-in-the-box—is the X-factor that sets it apart. He and his party, AAP, form a long, inscrutable side in this triangle. They evoke devotion and cause exasperation. They mutate, but also stay identifiably the same. They often flatter to deceive—making a lot of noise and then seeming to suddenly vanish from the stage. But on accounting day they turn up again, with a long list on the credit side. That’s why this fight is about more than Delhi: it’s a novelty in Indian politics, and neither the BJP nor the Congress quite know how to go about it. Both covet Delhi the old way, purely as territory. They may or may not breach the fortress wall, but their politics still seems out of the traditional playbook. And AAP, despite getting its hands dirty in actual politics, somehow retains the sense of carrying a new idea.