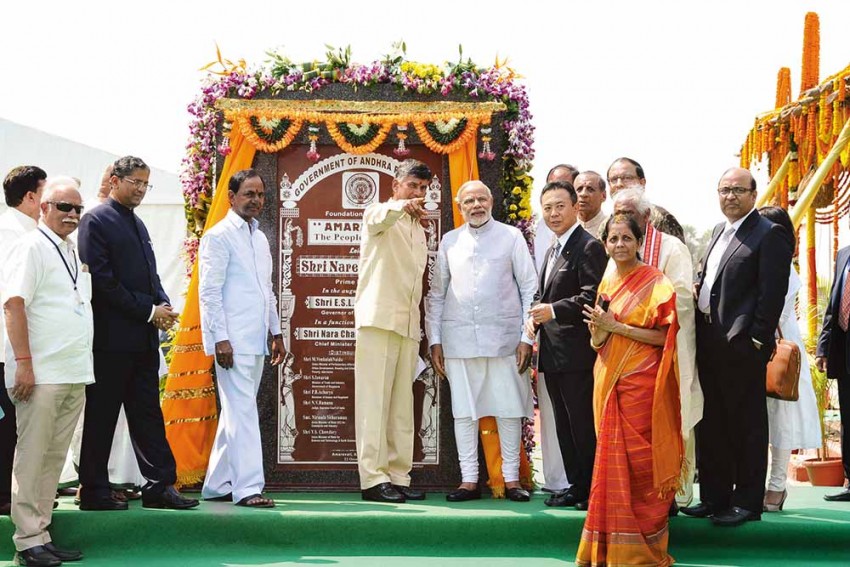 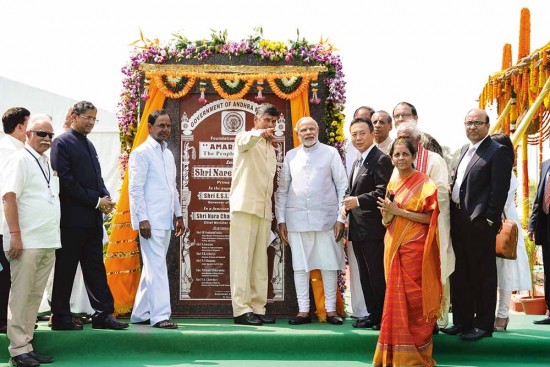 Ever since he conceptualised Amaravati, Naidu’s political journey has been marred by missteps. In June 2015, he was embroiled in a cash-for-vote scandal ­after taped phone conversations of TDP leaders got leaked. They were allegedly trying to bribe a nominated MLA of Telangana to vote for a candidate in the legislative council election. The angry Telangana chief minister, K. Chandrashekhar Rao, had the state police file an FIR and investigate the case.

In spite of this misadventure, Naidu invited KCR to the ceremony for the laying of the foundation stone of Amaravati. PM Modi did the honours as Naidu was hoping for central support for his dream city. Since Delhi had ­released Rs 2,480 crore for the Polavaram irrigation project in December 2016, he was confident of the Centre bankrolling the new capital as well. But it gave just Rs 1,500 crore for Amaravati and ignored his demand of special status for Andhra. In 2016, Naidu shifted base to Vijayawada from Hyderabad. By 2017, relations had turned frosty as the BJP suspected that Naidu was hobnobbing with Opposition leaders to angle a national role for himself in the 2019 Lok Sabha elections. In 2018, he walked out of the NDA. It proved to be a bad miscalculation in light of the 2019 results. Mean­while, Naidu also got into a spat with KCR over the division of assets ­between the two states.

With Jagan Reddy’s YSR Congress fast gaining ground in Andhra, Naidu hoped that a strategic tie-up with the Congress in the 2018 Telangana assembly elections would help. But the TRS decimated Naidu and the Congress in Telangana. In Andhra, Naidu finished a poor second ­behind Jagan in both the 2019 Lok Sabha and assembly elections. Modi’s resounding victory put an end to his aspiration of playing a key role in national politics. He is now fighting to stay relevant in Andhra politics.

Jagan has proved to be smarter in dealing with Modi by not making the special status a prestige issue. He had campaigned for it before the elections and was hoping that a coalition government at the Centre would give him the leverage to get special status for his state. After the BJP’s win, Jagan had the political maturity to ­observe: “We are only in a position to ask. It is up to them to give.” Jagan has chosen to maintain a harmonious ­relationship with Modi and is expected to extend support in the Rajya Sabha if the BJP needs it.

The BJP is helping Jagan indirectly by weaning away TDP MPs and leaders with the long-term plan of ­establishing its foothold in AP. Naidu now has a tough fight on two fronts—against Jagan and the BJP.