As Drivers Biff, Pull The Chain

For control and extra money, Kota and Delhi brawl to deploy own drivers on trains between two cities 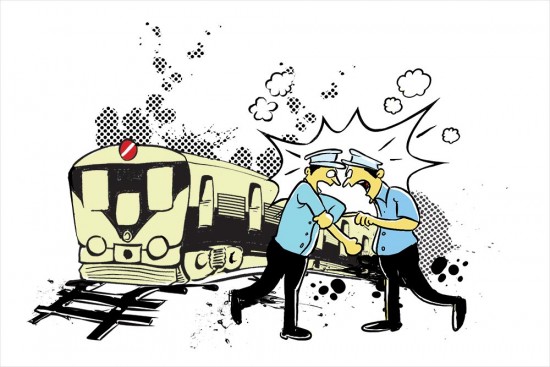 The Pune-bound Duronto ­Express pulled out late by more than an hour from Hazrat Nizamuddin railway station in Delhi on August 22. And all along over 800 passengers wai­ting impatiently thought a technical glitch was causing the delay. Little did they know the holdup was ­because of an ugly spat in the driver’s cabin. Jagbhan Singh, the Duronto ‘loco pilot’—as train drivers are called since the British introduced the iron horses in India—from the Kota division, refused to start despite getting the green light at 11 am, the scheduled departure time.

Why? Singh won’t allow two drivers from the Delhi division—Jitender Jyoti and Raj Kapoor—to travel with him. But is it not dereliction of duty? Yes, of course. When it comes to an old fight between two railway divisions—Kota and Delhi—for control of the tracks and trains, and an unhealthy competition for an allowance (Rs 5.30 a km, to be precise), the rules are ransomed.