Keep calm. For everything else, there’s the pro...writing, inventing slogans for political parties. 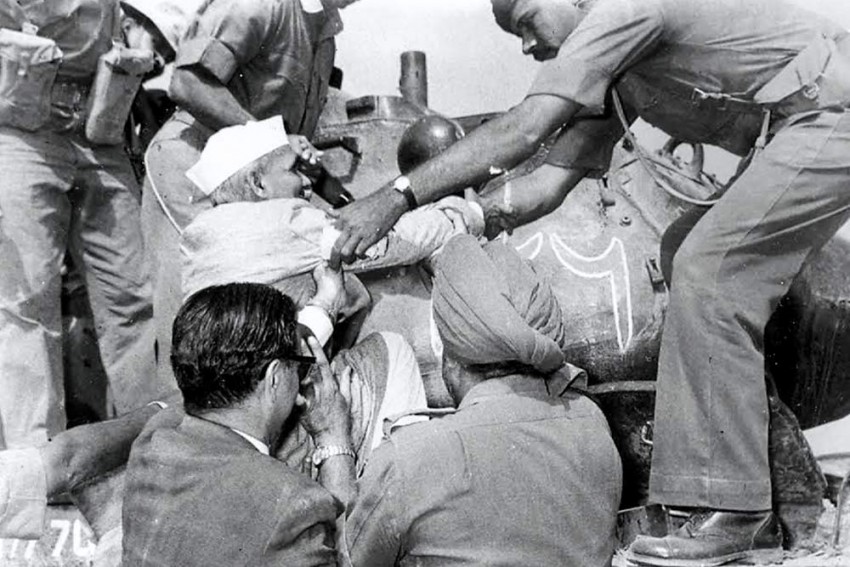 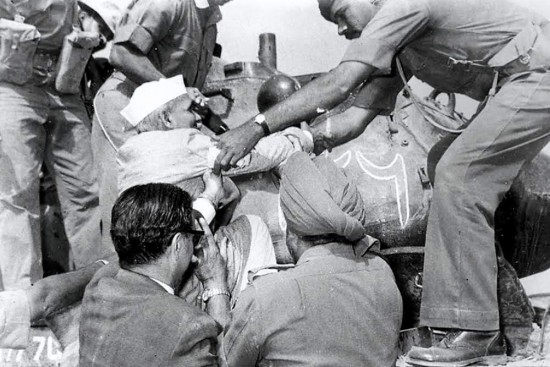 Circa 1965. It was a dark year. Skirmishes along the border had escalated into a full-scale war between India and Pakistan. A second consecutive failed monsoon had also plu­nged the country into a savage drought. India’s still fledgling economy had suffered a double hit, and the US, which was then supplying food grains to India, had started to play truant. For Lal Bahadur Shastri, who had taken over as India’s second prime minister less than a year ago after the demise of that stalwart, Jawaharlal Neh­ru, the year threw one challenge after another.

It is no surprise that on October 21 that year, while addressing a public meeting near Allahabad, Shastri coined the slogan Jai Jawan, Jai Kisan. Its echo was heard across the country and India got a new anthem. Three months later, in January 1966, Shastri died of a heart att­ack in Tashkent. But the reverberation of his slogan was still so strong that his successor, Indira Gandhi, turned it into a battle call during the 1967 federal elections and steered the Congress to power at the Centre for a fourth consecutive term. However, for the first time since Inde­pendence, the party also lost control of nine state governments.

Cut to the present. As India prepares to elect the 17th Lok Sabha, the laconic sim­plicity of Jai Jawan, Jai Kisan, its unifying timbre and continuing relevance have been overtaken by bombastic campaign slogans coined in Lutyen’s Delhi bungalows and conference rooms of marketing companies which are as removed from the many contradictions of India’s political landscape as Shastri was close to her ground realities. “India’s politics has changed and with it have changed the rules of engagement between leaders and the masses. Now it’s all about projecting a larger-than-life image of a leader or a mirage of achievements that exist only in election discourse, or marketing gimmickry that invokes aspirations but promises no deliveries,” Shastri’s son and Congress leader Anil Shastri tells Outlook.

The change hasn’t been sudden. In early 2004, the then NDA government led by Prime Minister Atal Behari Vajpayee had roped in global advertising giant Grey Worldwide to design a campaign, at a cost of over Rs 100 crore, to showcase the regime’s achievements. The res­ult was the ‘India Shi­ning’ campaign, which though funded by the government, was appropriated by the BJP as its own when Vajpayee sought a renewed mandate. The ‘India Shining’ slogan backfired on the BJP whi­ch lost power at the Centre. The campaign was criticised for glossing over rampant problems of agrarian and rural distress, joblessness, inflation and poverty. However, the practice of engaging marketing and advertising agencies and med­ia-buying companies for political cam­paigns became a fixture in Indian ele­c­­tions then on. In subsequent Lok Sab­ha polls, held in 2009 and 2014, and several assembly polls since 2004, parties have outsourced the task of designing the­ir campaigns to such agencies. 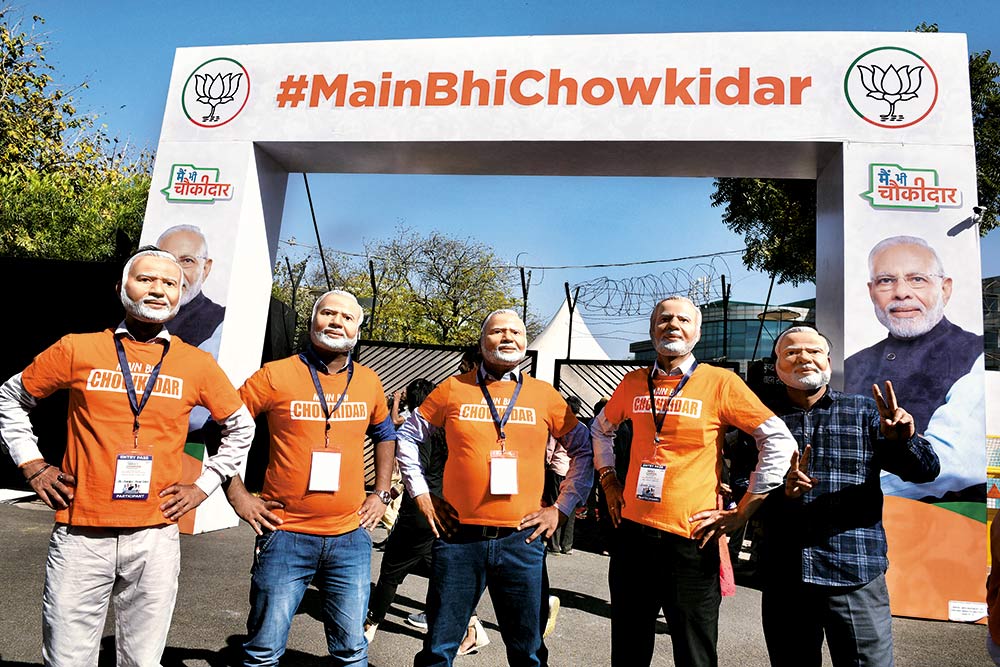 The BJP, known for its unapologetically flamboyant campaigns, has led the way in this changing paradigm. In the 2014 Lok Sabha polls, despite visible public anger against the incumbent UPA government and high approval ratings for Narendra Modi, the BJP took no chances. It hired not one but three agencies—Soho Square, Madison World and O&M—to design the party’s ‘Abki Baar, Modi Sarkar’ blitzkrieg, at an estimated cost that, according to unofficial estimates, was upwards of Rs 300 cro­re. The Congress’s tepid and lacklustre “Main Nahi, Hum” campaign with an equally Uninspiring Rahul Gan­dhi as its face failed miserably, plunging the Grand Old Party into an electoral abyss that it is still struggling to climb out of.

“Political campaigns do not work in isolation. There are a few key elements that such campaigns must always be complimented with. The image of the person leading a political party, the narrative he is trying to set and its resonance with the masses—these are the three most important factors that have to be finalised first. The campaign is then designed around these and a dissemination blueprint is put in place. Days of having a single slogan are now history,” an advertising honcho who has been part of several BJP campaigns since 2014 tells Outlook.

The past five years have also seen a proliferation of social media platforms, a new and dynamic avenue for political campaigning. While the BJP took an early lead in harnessing the power of tools like Twitter and WhatsApp, other political parties have begun to catch up now. While the Congress has put in place a robust soc­ial media department, regional outfits such as Mamata Banerjee’s Trinamool Congress, Farooq Abdullah’s National Conference, Nara Chandrababu Naidu’s Telugu Desam Party, Akhilesh Yadav’s Samajwadi Party and even Bahujan Samaj Party of Mayawati have all taken to Twitter aggressively to disseminate their messages. And just when we thought all political parties were now nearly at par, we had NaMo TV bursting out on our TV screens.

A top executive of a “political digital campaign management company”, one of the agencies roped in by the Congress to design its campaign for the polls, tells Outlook that “political parties can no longer depend on a single-slogan-fits-all approach”. Another strategist engaged by the Congress said the compulsion to outsource designing of poll campaigns has also arisen beca­use of “changing economics of elections and the implementation of the model code of conduct by the Election Com­mission”.

Political marketing and media-buying agencies today provide packages to political parties which include “designing of campaign slogans, audio-visual campaigns, social media outreach, group SMS offers, targeted marketing on Facebook, Instagram, TikTok, campaign merchandise, developing apps to target voters, space selling and media­-buying etc., all for a consolidated price,” a source says. Evidently, election slogans have now been displaced from the pole position they once held in campaign strategies. The transition has also thrown up a worrisome trend of election retailing which feeds enormous amounts of money, much of it undisclosed or unaccounted, to agencies for influencing voters.

Former chief election commissioner S.Y. Quraishi tells Outlook that he was recently part of a group of former bure­aucrats and civil society members that called upon the Election Commission to “expand its regulatory oversight”. Key recommendations by this group include independent audit by the poll panel which should “direct digital platforms to provide details of electoral/promotional ad spending by parties and their IT cells and track monetisation of posts on social media”.

All of this would have been Greek to Shastri, but this is the new wave of electioneering which has little space for the minimalism of the election slogans and catchphrases of yore.