75-year-old Ali Mohammad Kumar says he raises slogans during the NC rallies out of "love for the party". 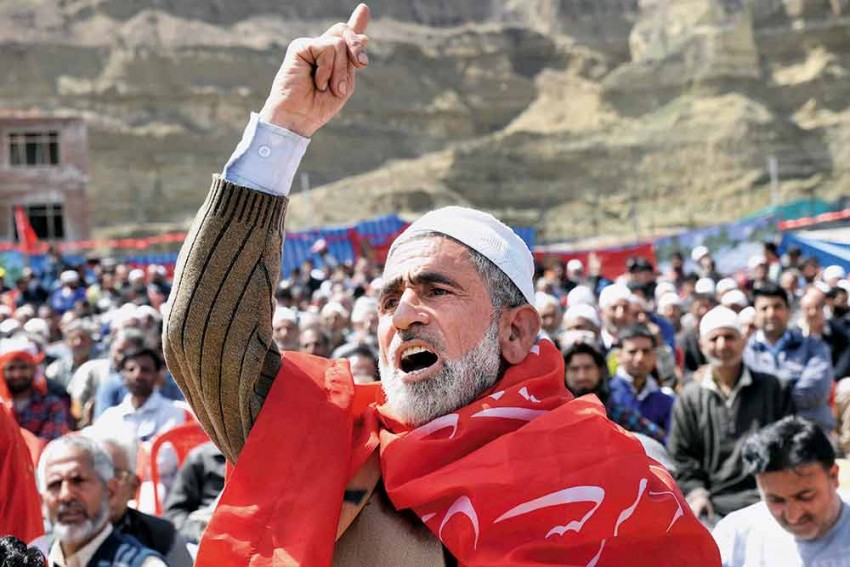 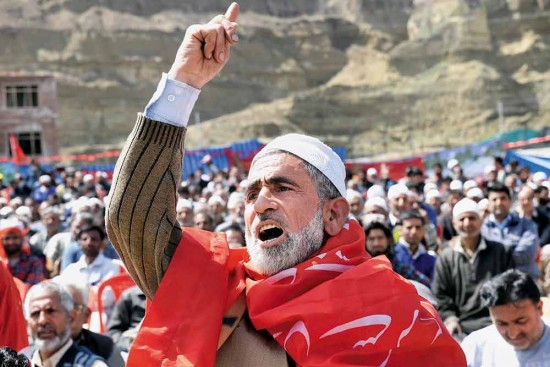 At the National Conference rally held in Pattan in north Kashmir, 75-year-old Ali Mohammad Kumar stood up to raise pro-NC slogans every time a leader addressed the audience. Sitting in the front row, with only a concertina wire dividing the stage and the workers, Kumar has waited for this rally for long. “In Pattan, the NC did not have much presence but now, more and more people are joining the organisation,” he says. “We took some salt tea in the morning and left straight for Pattan. This is a big day for us,” adds Kumar, who came for the rally from his village, Telegam. He says that around 14 people have turned up for the NC rally from his village.

Kumar has been with the NC for the past several decades. “In the 1990s, when people were afraid of even taking NC’s name, I remained loyal to the party. I don’t remember any moment when I was not with the party,” he says. “The NC is our passion and this is what I have been doing throughout my life. I raise slogans during the NC rallies out of love for the party.”

Kumar would attend the rallies of Sheikh Mohammad Abdullah and later, his son Farooq Abdullah. “Sheikh sahab gave us rights on our land,” Kumar says referring to the land reforms initiated by Sheikh Abdullah in 1950. Kumar’s father was a potter and the son initially took up the family occupation too, but it didn’t fetch any money. He now works as a labourer in agriculture. “Our land holding is not much. That is the reason I work as a labourer in the fields. I still water the paddy fields of my village,” he says.  Kumar has four sons and two daughters. His two sons are working as bakers in their native village while one is working as a labourer in Srinagar.

He is hopeful that the next government in J&K will be able to get his younger son a job. “One politician has promised me that he would provide him a job. Let us see whether he fulfills the promise once the NC comes to power,” says Kumar, lowering his voice. So, is his support for the party conditional this time? Not really. “Even if the party does nothing for us, I will still be shouting slogans in the party rally,” says the traditionalist footsoldier who has been shouting slogans at party rallies for the larger part of his life.

By Naseer Ganai in Pattan