Cyclone Fani continues to haunt Puri division. After enduring most of the summer without power, many villagers are bracing for the rains without a proper roof on their heads. 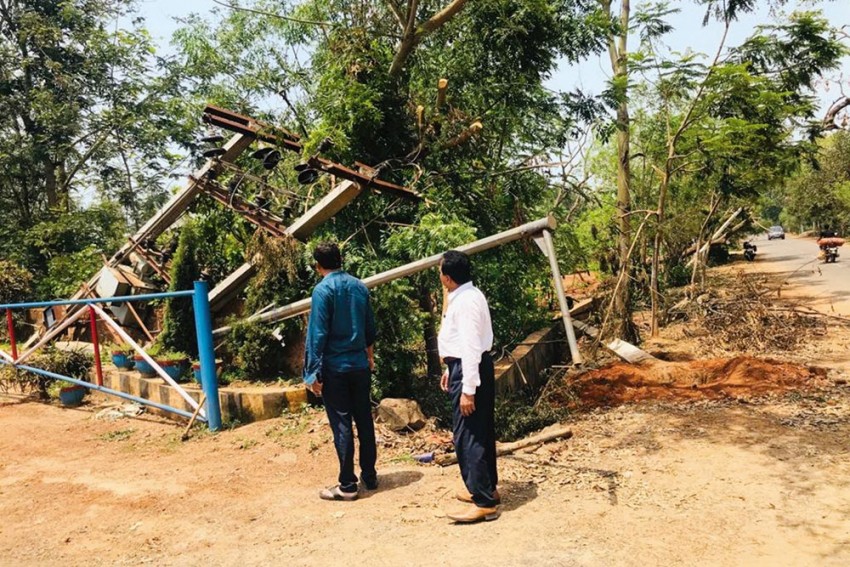 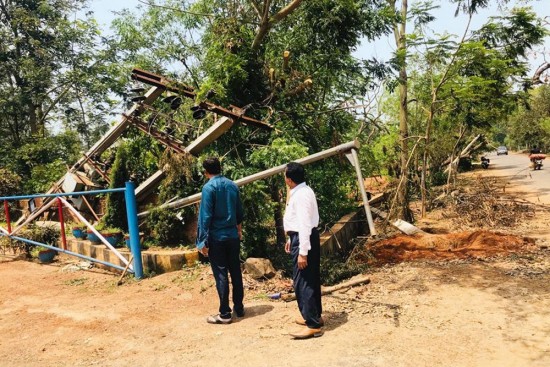 A month and a half after Cyclone Fani pounded the Puri coast on May 3, 15 families are still living in the primary school at Nirmala village near Pipli. Their thatched houses, blown away in the cyclone, are yet to be reb­uilt. “We don’t know where to go once the school reopens after the vac­ation,” says one of them. Nirmala is just one of the scores of villages in Brahmagiri, Nimapara, Balanga, Satyabadi and Konark areas of Puri district, where the residents, having alr­eady endured most of the summer without power, are now bracing for the rains without a proper roof on their heads. While restoration of livelihoods does take a long time, here restoration of something as essential as power is taking too long. Even parts of Puri town, the district headquarters, were yet to get power back even as late as June 18.

“Of the three sub-stations in our area, two have been repaired and work is in progress on the third,” says Bhima Rao, a resident of Penthakata basti in Puri. “We have been told that we shall get power by tonight.” In Balanga area of Brahmagiri block, less than 10 per cent of homes got back power, admits an energy department worker. As one motors through the area, it’s a familiar sight of fallen electric poles and wires strewn all over. In some places, people have assembled poles on their own, but have no idea when they will be erected. “We are running to the electricity office on a daily basis, but no one is telling us how long it will take for the supply to be restored,” says Madhabananda Behera of Balanga village. The absence of power has led to myriad problems, and the heat is the least of them. 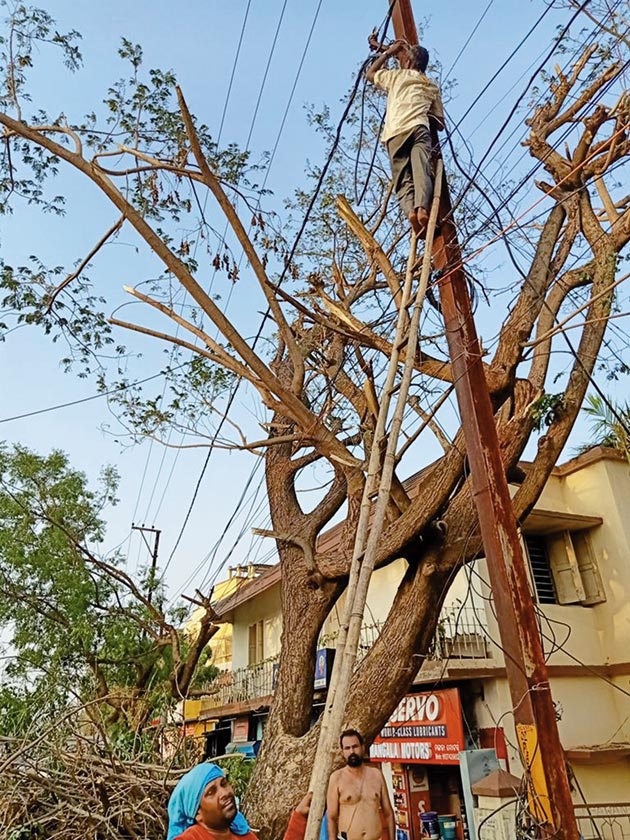 Transmission lines being restored in a village.

Drinking water supply has been a major casualty of the cyclone. Though the government says drinking water is being supplied through tankers, villagers complain that they are too few. In the absence of piped water, women queue up all day at the village tubewell. Children have stopped studying since the cyclone, while hauler machines rem­ain defunct.

The daily progress report of the Central Electricity Supply Utility, which supplies power to the area, for June 17 shows power is yet to be restored in 21 per cent of the households in Puri division and 18 per cent of households in Nimapara. Three 11-KV feeder lines, one in Puri and two in Nimapara, are yet to be restored. At this rate, power is unlikely to be ­restored fully in the whole district before the month-end.

After enduring most of the summer without power, many villagers are bracing for the rains without a ­proper roof on their heads.

Horticulture, mainstay of Puri’s rural economy, has been thoroughly ruined. The cyclone devastated coconut, betel and areca plantations, choking a major source of income. “There were over 1,200 coconut trees here. This was all we had to live on. Now, 90 per cent are gone, and dread to think about the ­future,” says Sarat Sahu in what used to be his orchard.

With the coconut trees gone, the coir industry too is in dire straits. “Before the cyclone, 30-40 coconut-laden vehicles used to arrive daily, but just three or four come now,” says Kamal Kumar Acharya, secretary of the regional ­marketing centre where coconuts are procured from local growers.

The solution to these livelihood problems will obviously take time. What the poor need immediately is a roof over their heads and food. Most people got dry ration supplied by the government. But many are yet to rec­eive the compensation they are entitled to. The enu­meration process is over, but money is yet to be distributed. 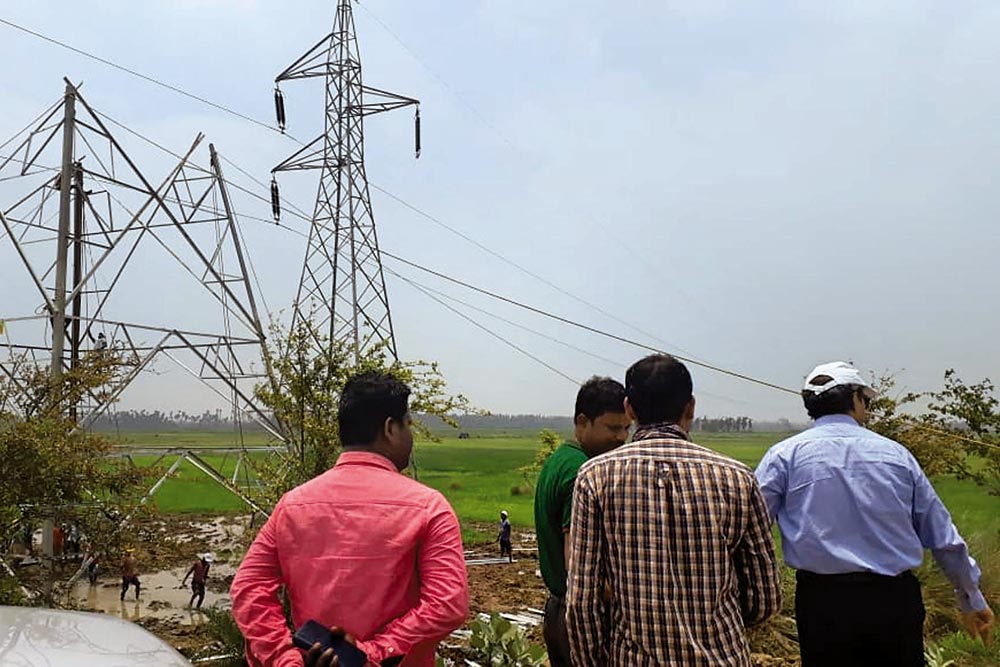 Officials arrive at a work site.

“We need a total of Rs 5,227 crore for relief to those affected by the cyclone,” says special relief commissioner Bish­nupada Sethi, who is in charge of the entire restoration operation. “We have been able to distribute only Rs 1,481 crore so far because we are yet to rec­eive money from the Centre. Hopefully, funds will be released after the visit of the central team on June 22.”

Even as Sethi assures that restoration work is apace, there are complaints of apathy against officials entrusted with the job. “Had Fani happened before the elections, politicians and officials would have made a beeline to our village and looked after us. Now that the elections are over, no one is bothered”. That was the refrain wherever Outlook went. The Naveen Patnaik government, which earned praise from various quarters, including the New York Times, for the evacuation of over a million people ahead of Cyclone Fani (a claim no one has the wherewithal to crosscheck or dispute), surely has a lot to answer for the tardy pace of restoration.

By Sandeep Sahu in Puri

When Planes Just Vanish Into Thin Air: The Story of Arunachal's Historic Deathtrap