Women In Politics: Sumalatha Ambareesh Is No Stranger To Politics

As an independent candidate from Mandya, Sumalatha Ambareesh has been successful in finding support from the Kannada film industry to carry forward the legacy of her late actor-turned-politician husband M.H Ambareesh 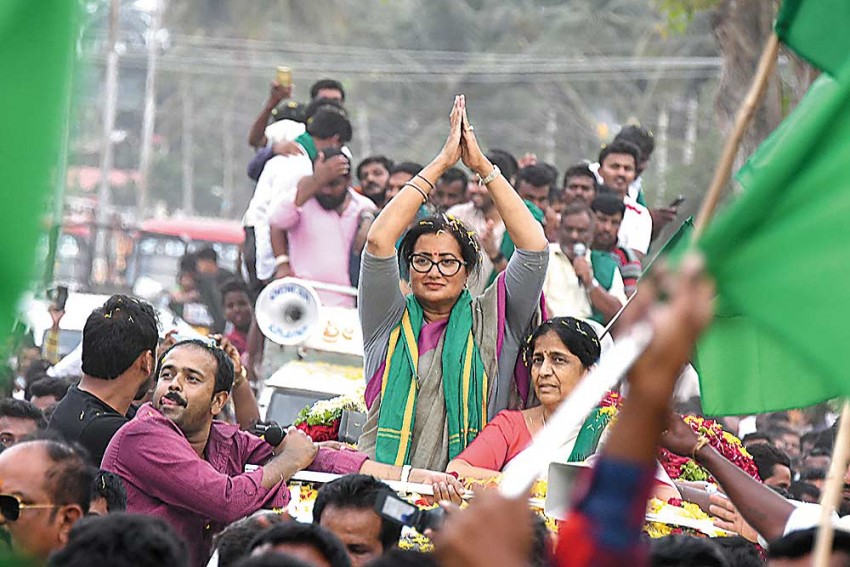 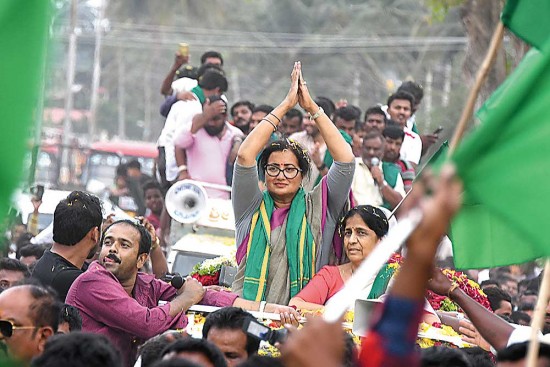 Dozens of people huddle along the highway outside Krishnara­japete. A roll of firecrackers is laid out amidst the beating of drums. As soon as Sumalatha Ambareesh’s campaign convoy turns up, they crowd around her. Sumalatha, 55, is a reno­wned actress in south India, but here, she has a deeper connection with the people—she is the widow of Kannada actor-politician, M.H. Ambareesh, who won the Mandya Lok Sabha seat multiple times.

She is no stranger to polls, but this is her first contest. An independent candidate from Mandya, she is pitted against Nikhil Kumaraswamy, the JD(S)-Congress nominee and son of the Karnataka chief minister. She does a solo act, but she’s got star power on her side elsewhere in the constituency, Yash and Darshan, two of Kannada cinema’s biggest actors, are campaigning for her.

“I have people who take care of me, but physically, it’s very taxing,” says Sumalatha. “Sometimes you cannot even think straight. But when you see the innocent love that people have... just one visit, one handshake, one word makes them so happy, you forget all your difficulties.”

The crowds, however, aren’t what tire her most. “The challenge is the kind of politics the opposition is playing,” she declares. “They have been going hammer and tongs against me. It’s all personal and has nothing to do with issues relevant to Mandya. The CM himself made a personal remark about a week ago that he doesn’t see any pain (from losing her husband recently) in my expressions. I think this shows a lot of disrespect towards women.”

At every stop on the campaign route, Sumalatha tells people to look for her photograph and symbol on the EVM. There are three other candidates named Sumalatha in the fray—a ploy, she alleges, to confuse voters. She exhorts them to reply to the insults being hurled at her with their votes.

A Hard Truth In Indian Politics: Men Feel Threatened By Women Who Are Intelligent, Single And Independent, Says Nagma