A Coloured Scheme Of Things

Kerala’s IUML, known to be moderate, finds itself on the recieving end of fake news and BJP rhetoric 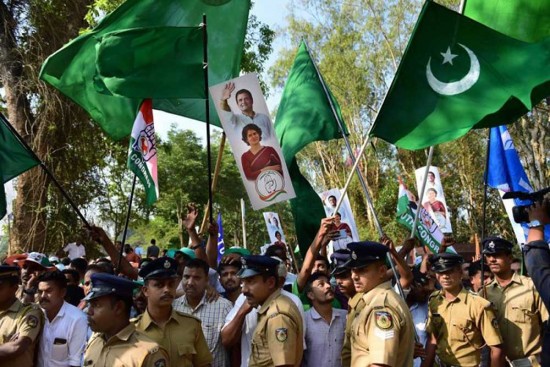 The year is 1962. The Indo-­China conflict was at its peak. Muh­ammad Ismail, the foun­der of the Indian Union Muslim League (IUML), received a letter from Prime Minister Jawaharlal Nehru. It was in response to Ismail’s offer to send his son Mian Khan to join the armed forces to fight the war against China. Nehru politely declined and instead suggested in the letter that the crisis was going to be prolonged and that his son could ­instead ‘find some work connected with the war effort in Madras’.

This was a different age in Indian politics. And the answer to why the footnote from history has had to be exhumed lies in the stepping up of election rhetoric in the country to vitriolic levels. The IUML’s ‘secular character’ and ‘nationalism’ is in question after Congress president Rahul Gandhi decided to contest from Wayanad in Kerala, where the Muslim community forms a sizeable population. As the state goes to vote on April 23, the spotlight is on the alliance of the Congress with the IUML.