2019 is election year for about a third of the world’s population. Outlook presents an overview of polls around the globe. 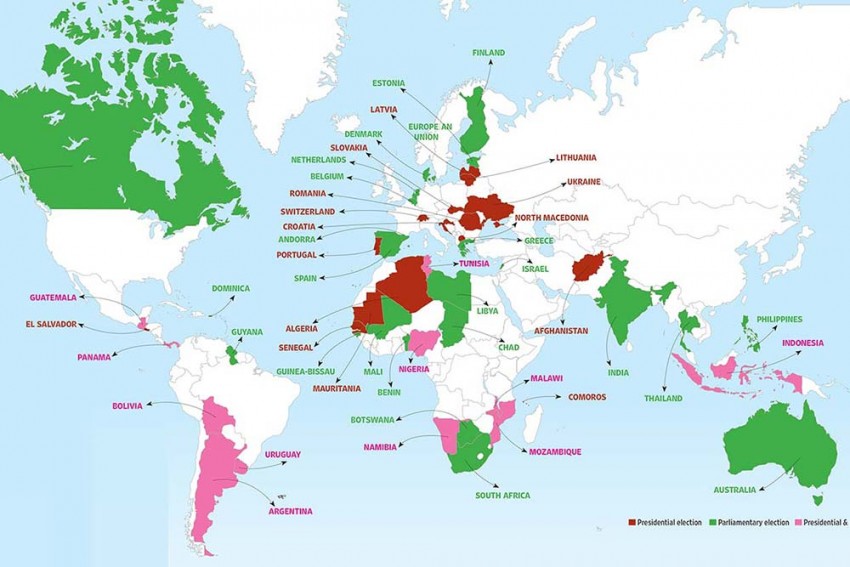 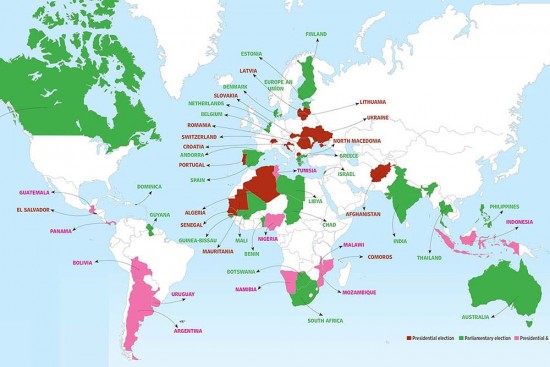 The biggest multi-country election in the world is significant as the EU has lately seen rising ­nationalist sentiments in member countries. Pro-EU parties won a majority, though Eurosceptic groups did well in Hungary, Poland and Sweden.

Contrary to most opinion polls, the incumbent government of the Liberal-National coalition trounced the opposition Labour party. Scott Morrison, who was egged during his campaign, won another term as prime minister. 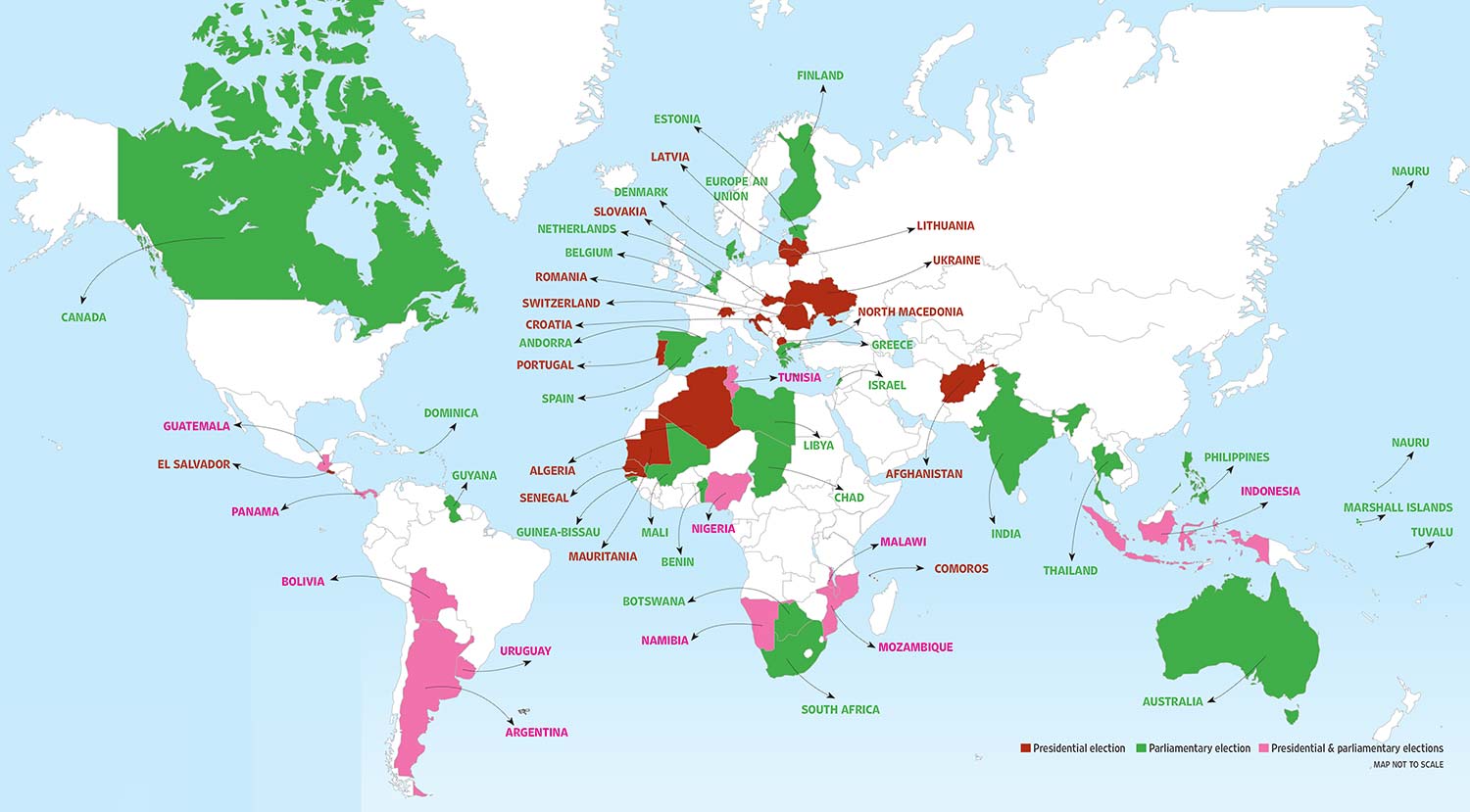 Polls suggest that Conservatives have a lead over Justin Trudeau’s Liberal party. If they manage to win, it might have an impact on the country’s immigration policy. NDP and Green Party could be important players if there is a minority government.

After the 2014 election, described as “fraud-plagued” and “inconclusive”, Ashraf Ghani ­became the president. The 2019 poll was postponed twice due to security concerns. Now that Ghani’s term is over, many are calling for an ­interim government to be installed until the election.

The first election since the 2014 coup was mired in controversy after a 45-day delay in declaration of results. Although Pheu Thai, a pro-democracy party, won the most seats,  the military junta has managed to hold on to power through its proxies.

Volodymyr Zelensky, a comedian who had played Ukraine’s president in a television show, won the election by defeating incumbent president Petro Poroshenko. Many registered voters could not cast their ballots due to Russia’s annexation of Crimea and continuing trouble in Eastern Ukraine.

Victorious in a record five elections, incumbent prime minister Benjamin Netanyahu is likely to form the next government. However, he could be indicted on counts of fraud and bribery in the next few months, though opposition parties claim he is trying to push laws to grant him immunity.