Home  »  Magazine  »  Business  » Interviews  » Lessons Learnt »  ‘India Is Still A Big Market. The Golden Age Is Really Ahead Of Us.’

‘India Is Still A Big Market. The Golden Age Is Really Ahead Of Us.’

Its never late to be an entrepreneurbecause its your business model that counts, believes Capt GR Gopinath who started Air Deccan in 2003 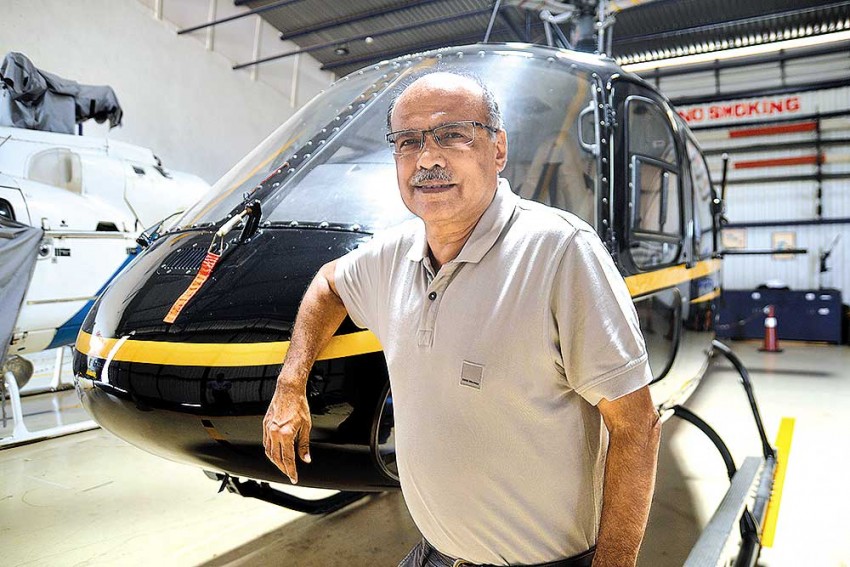 Photograph by Kashif Masood
Ajay Sukumaran September 19, 2017 00:00 IST ‘India Is Still A Big Market. The Golden Age Is Really Ahead Of Us.’ 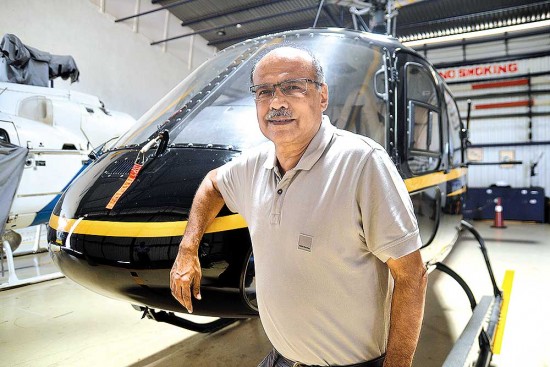 Capt G R Gopinath, the man who transformed India’s airline industry with its first no-frills carrier, never went to a business school. Of course, he had been an entrepreneur for many years before he started Air Deccan in 2003, having had his ups and downs in business and even dabbled in politics. It’s always a good time to be an entrepreneur because it is your business model that counts, Gopinath, 65, tells Ajay Sukumaran in an interview. Excerpts:

You never went to a business school. Did you actually miss that?

I didn’t miss it in running the business. Many big enterprises that are successful and even the small entrepreneurs...they’re driven by native courage and inte­lligence. Their owners are dreamers. As (German writer) Goethe said, ‘Knowing is not enough; we must apply. Willing is not enough; we must do.’ Both have to happen toge­ther. Or, in quick succession in many cases, including mine, whether it was getting into farming or other ventures. As I was dreaming, I was also doing. Because, beyond a point, as they famously say, ‘analysis and paralysis’. Ultimately you rely on your gut feeling.

All my ventures were born out of some vision I saw. For example, when I started the airline or the helicopter company, I just saw a country with such poor infrastructure. So what was an obst­acle becomes an opportunity. When I started Air Deccan, people used to come from Kochi by night bus to Bangalore and take my flight because Kochi-Delhi or Coimbatore-Delhi was not there in those days. I was sort of seeing a new vision everyday. It’s always a good time to be an entrepreneur. Because it’s not just new technology always; it’s how you position your business. It is only once in so many years that you have an invention which is epochal, which transforms things. But if you see the Darshini-style Udupi hotel...nothing was invented there but the way he did business was an invention in itself.

If there were a management lesson from Air Deccan, what would it be?

There are management lessons, always. It’s not the gut always, of course, it’s also informed by you reading, your education and experience. The deci­sion to start an airline was a gut feeling. But I first started a helicopter company (Deccan Aviation) and ran it for six years and got the hang of aviation. I had an army background, so I knew something about management. But, at that time, it was my colleague Capt K.J. Samuel who looked after operations. I was not good in the operations side. I think good entrepreneurship and leadership is to figure out what is it you are not good at, what your gaps are.

Good leadership is to figure out what all you are not good at. You ultimately rely on gut feeling.

With the airline, I think I was a bit rash. When I say rash, I mean too aggre­ssive, because there were other challe­nges where the existing airlines were trying to stop me. So I said one way to put them on their back foot was to make the airline very big, fast. But scaling up requires good management structure which we did not have. So, obviously in any venture, there will be lessons and I think execution was not very good initially because we didn’t get good people to join us. Nobody believed in our dream. There was no management pool in aviation available in India at that time...there were only two airlines then and both were full-service carriers. We were out of our depth but the moment our model got established and we got funding, I got a COO from the best airline in the UK, a chief engineer from British Airways, a chief pilot from KLM. So that’s how I filled the gap. I was also the CEO myself. The COO looked after the entire operations including the profitability so in a sense, he was the CEO. Maybe, I feel, I should have brought in someone who could have replaced me as CEO earlier. But, I think in our case, I had put together a good professional management team.

How do you see the airline industry right now, given that oil prices have been favourable for a while and there’s been growth?

Actually, there has not been much growth. When Kingfisher and Deccan exited, about 100 aircraft went out. And along with that one or two smaller ones shut down, plus some airlines sent back a few aircraft. So totally about 150 aircraft went out. What has come in is about the same number. Indigo has done a phenomenal job in capturing that vacuum and also having a good product. But the market itself has not grown. Even today, total number of passengers as per DGCA figures is around 90 million. But, the number of unique travellers (apart from frequent flyers), a fair guess should be around 25-30 million. That’s In a population of 1.3 billion. So there’s huge headroom for growth. If you have some comparative numbers...in Europe for example, Ryan Air has about 400 Boeings and they fly more than 100 million passengers a year, which is more than our entire industry. What I’m saying is that, comparatively, the penetration of air travel, the per capita consumption, that is even now low.

You are back in the game now with a regional airline?

In a sense, I have more or less retired. I am just mentoring my team which is now running the company, which is 20 years old. So, they bid at the government’s invitation. But we are not getting into the ‘airline’ business as such now, we are putting in only small aircraft, 20-seaters, to go to all these small towns which are unconnected...it could be Mysore, Cooch Behar, Jamshedpur. Well, the problem is that the smaller the aircraft, the fare goes up, so that’s how the government has come up with a subsidy and incentives. See, reforms and inv­estments will not go to these places unless connectivity goes there. So these small towns need to be connected by air because many of them are remote.

Of course, we need an Oberoi hotel and we also need an Udupi Darshini and we also need something in between. I’ve said that these (big) airports were the wrong policy and the government made some mistakes, now with hindsight, bec­ause they just thought that we need spectacular airports like those abroad. But what they don’t realise is that in London you have five airports...the low-cost airlines don’t operate from the main airports. So we need bare-bone airports that are efficient and clean. Who wants to stay in an airport? You want to just get in and get out. We need to have efficient airports but we don’t need a marble palace. We should put the least amount of money on the airport terminal building and the highest amounts on the runway, on the landing instruments and the turn­around. We have unfortunately created monopolies. See, in many places in the world they made these mistakes. And we had all these examples, so we need not have done it.

Normally, we are used to hearing ‘the golden age is behind us’. I want to say that with all the problems that we have...poverty, unemployment, illiteracy.... India is still a huge market. The golden age is ahead of us.

Going Back To School