India can't even begin to be done in 287 pages, but Granta does a creditable job of shining at least a flickering torchlight on its many paradoxes. 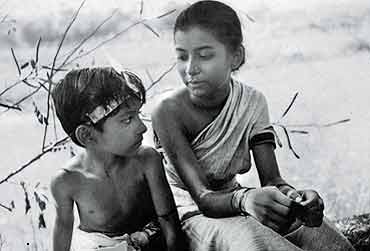 The Granta Book Of India
By Edited By Ian Jack
Granta Books Rs 295; Pages: 287
India has been a regular jack-in-the-box, an eternal itch in the pages of literary magazine Granta. Editor Ian Jack, after all, is an old India hand and was even married for many years to an Indian. The Granta Book of India is an anthology of fiction, reportage and memoir drawn from the magazine’s pages over the years. The usual suspects are all there, from Mark Tully to Salman Rushdie, R.K. Narayan to Pankaj Mishra. The oldest piece is Hanif Kureishi’s (1985) on his first visit to Pakistan, and the newest, Shampa Banerjee’s reminiscences of the making of Pather Panchali, Little Durga, which Granta published a few months ago in its Film issue. The themes are eclectic: from the typically Narayan tableau of a timid everyman to Suketu Mehta’s portrait of the Shiv Sainiks who slaughtered hapless Muslims during the Bombay riots.

Some pieces stand out. Only a complete brute would fail to be moved by Chitrita Banerjee’s poignant account of how she forced her widowed mother not to give up eating fish. Ian Jack’s Unsteady People moves from an examination of a ferry accident in Manihari Ghat to the larger theme of the anarchy called Bihar, and then leaps into another dimension by juxtaposing the accident with the death of 95 football fans in a stadium stampede in Sheffield. And Pariah, the first-person musings of Viramma, a village midwife, will stay with the reader for years, innocent and deeply disturbing in equal measure. "What’s more important for us than children?" asks Viramma, who has given birth to 12 in 12 years. "If we don’t draw anything out of our womb, what’s the use of being a woman.... I have been blessed in that way: Isvaran has filled my womb. Ah, if all my children were alive, they’d do all the trades in the world! One would be a labourer, another a carpenter. I would have made one of them study.... I would be able to go and rest for a month with each of my sons. Yes, we would have been proud of our children." India can’t even begin to be done in 287 pages, but Granta does a creditable job of shining at least a flickering torchlight on its many paradoxes.

Cherub In A Rugby Field