The BJP mines the fractured verdict fears, the JMM that of the tribals 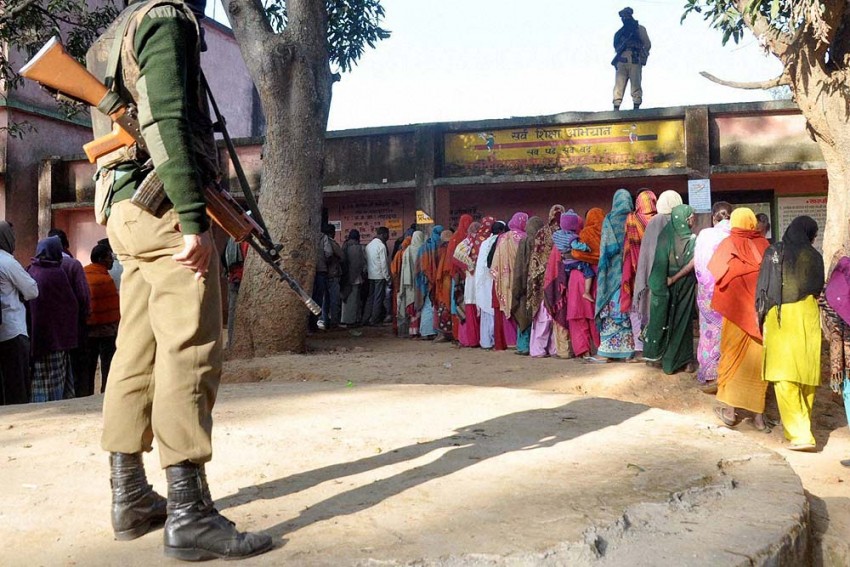 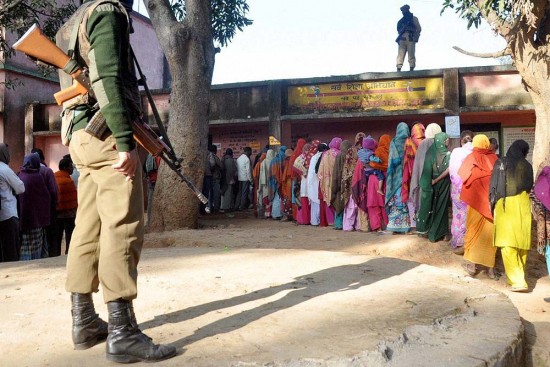 Jharkhand is bigger than Jammu & Kashmir and its electorate size is two-and-a-half times larger. But while the J&K assembly has a strength of 87 seats, by some per­verse logic the Jharkhand assembly has a strength of only 81 (see graphic). This is one reason why the state always has a large number of political parties in the fray chasing too few seats. Which in turn gives rise to the queer phenomenon of a handful of independent legislators arm- twisting even national parties into giving them political positions (the state has the rare distinction of having had an indepe­n­dent MLA as CM for nearly two years).

It’s no wonder then that the barely 14-year-old state has had nine governments, three spells of President’s rule and as many as five chief ministers—all of them tribals—with some of them sworn in more than once. The first government in 2000 was a BJP-led one and it’s actually been the ruling party for 2,982 of the 5135 days since. But unlike Chhattisgarh (also formed in 2000), the BJP has struggled to win a majority in the Jharkhand house. That’s because of the complex matrix of the state with different tribes (32 of them, the four major ones being the Santhals, Mundas, Oraons and the Ho), an expatriate population, miners and industrial workers, the large influx of people from Bihar and UP after 2000 and the Chr­i­stian church entrenched in several poc­kets all adding to the confusion.

But this time the BJP is riding a Modi wave and it’s hoping to wrest the state  conclusively for the first time. It would also like to push for a “non-tribal CM” with the percentage of tribals declining steadily from 35 per cent in 1951 to 27.6 per cent in 2001 to 26.66 per cent in 2011.  While the names of ex-Union finance minister Yashwant Sinha, state BJP chief Rag­hubar Das and Sarayu Roy have been doing the rounds, the former’s chances look slim as son Jayant Sinha has already made it to the Union ministers’ list.

A top BJP leader, requesting anonymity, was vehement in his argument: “Why can’t Jharkhand have a non-tribal CM this time like neighbouring Chhattisgarh? If Haryana could break the Jat monopoly, and Maharashtra shatter the Maratha one, Jharkhand too can surely look bey­ond tribals for a chief minister.”

Jharkhand comprises three large population sections—tribals, native non-tribals (Sadans) and non-tribals who are originally from Bihar and UP. Harishwar Dayal, regional director of the Institute for Human Development, argues that the demand is too simplistic. “There is a racial bias in the demand which carries the insinuation that tribals are incapable of running the state. But there is no scientific study to prove that tribals are inferior administrators. Any move tow­ards a non-tribal CM will only create further social conflict,” he says. Historian B.P. Kesri is more accommodating, saying “it is not a constitutional obligation to appoint a tribal CM”, but then goes on to quip that Jharkhand was created for multinationals and not for tribals. 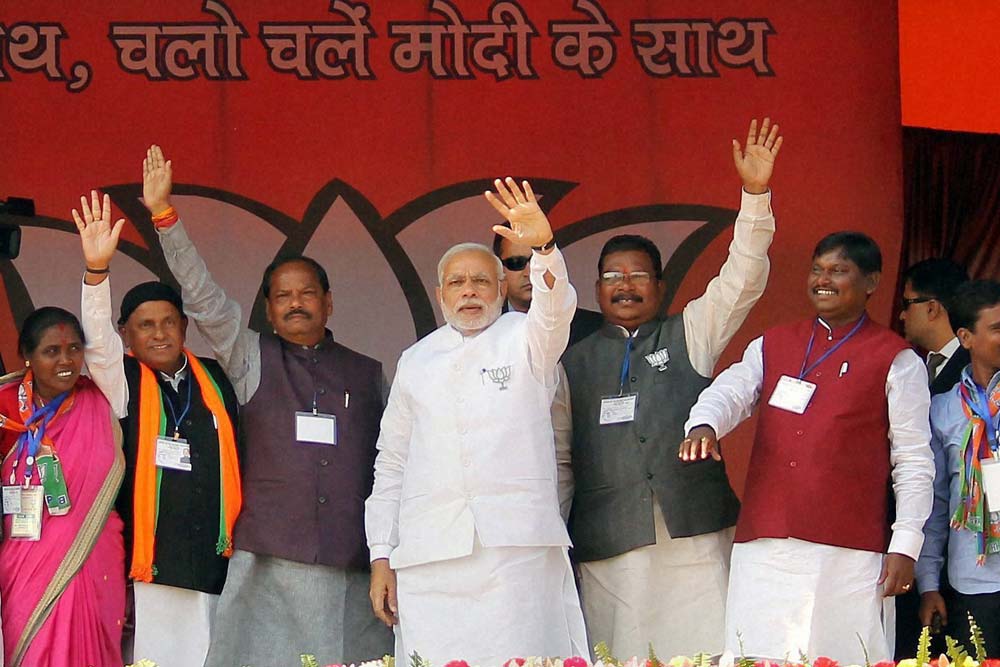 PM Modi has been playing on that fear, harping on the “baap bete ki sarkar” and the need for a clear mandate for the BJP.

Ex-home secretary J.B. Tubid, himself a tribal who resigned from the IAS to contest from Chaibasa on a BJP ticket, holds that it is the disunity among tribals which helped parties like the JMM. “The national parties could not unite the tribals and the regional parties took advantage of their fragmentation,” he says.

So far, the BJP has been careful in not projecting a chief ministerial face but the Jharkhand Mukti Morcha (JMM), which had been running a coalition government with the Congress for the past year-and-a-half, has been quick to pounce on the “non-tribal CM” rumours. In fact, if the JMM looks confident after two rounds of polling, it is largely because it seems to have united the different tribal factions in parts of the state. Incumbent CM Hem­ant Soren raised the pitch further, promising that if he returned to power he would ensure that “outsiders” (read non-tribals) would not get appoi­nted to class III and IV jobs in the government.

Infighting within has also queered the pitch for the BJP, with a section already looking for scapegoats in case the party doesn’t fare too well. The alliance with the All Jharkhand Students Union (AJSU) headed by Sudesh Mahto hasn’t added to its image either. Mahto, a politician once fond of wearing golf caps, has been part of virtually all governments in the state.

The too-many-parties situation has also made the outcome that much more uncertain. Other players include the Jha­rkhand Vikas Manch (JVM) boss and ex-BJP man Bab­ulal Marandi, the Con­g­ress, the RJD, the JD(U) and even Mamata Banerjee’s TMC. The spectre of yet ano­ther fractured mandate, yet another coalition threatening more drift than direction, casts a big shadow. PM Narendra Modi has been pla­ying on that fear. He’s already addr­e­ssed five election meetings in the run-up to the first two phases, always harping on stability and the need for a clear mandate to the BJP. His broadsides on the “baap-bete ki sarkar”, a reference to the father-son duo of Shibu Soren and Hemant, went down well among some sections but in Kolhan or the San­thal Pargana regions it my not be so effective. (The Modi factor worked during the Lok Sabha elections, the BJP securing 12 of the 14 seats from the state.)

Coming to the other parties, the Con­g­ress plight was highlighted by the chopper it had hired for campaigning. For sev­eral days it remained parked at a corner of the Ranchi airfield with no takers before the RJD’s Laloo Yadav arrived to make some use of it.

Several “serious” independent candidates who always polled substantial numbers have joined one party or the other this time. There appears to be only three of them left in the fray—ex-CM Madhu Koda (Majhgaon), his wife Geeta Koda (Jagannathpur) and Bhanu Pratap Shahi (Bhawnathpur). Shahi, on his part, has sought votes promising to back the BJP if he wins. Independents like Hari Narayan Rai and Videsh Singh have joined the JMM and Congress respectiv­ely. Bandhu Tirkey has joined the Tri­n­amool and is fighting in alliance with Babulal Marandi’s JVM. The clout of the independents, who secured as much as 11.2 per cent of the votes in the 2009 Lok Sabha elections, appears to be on the wane (in the 2014 LS polls they were down to 3.3 per cent). Only a braveheart will venture a guess about the outcome with as many as three phases of the election remaining. The only certainty, as the cliche goes, is the uncertainty.