The Pulitzer prize-winning author of The Emperor of All Maladies: A Biography of Cancer speaks about the disease 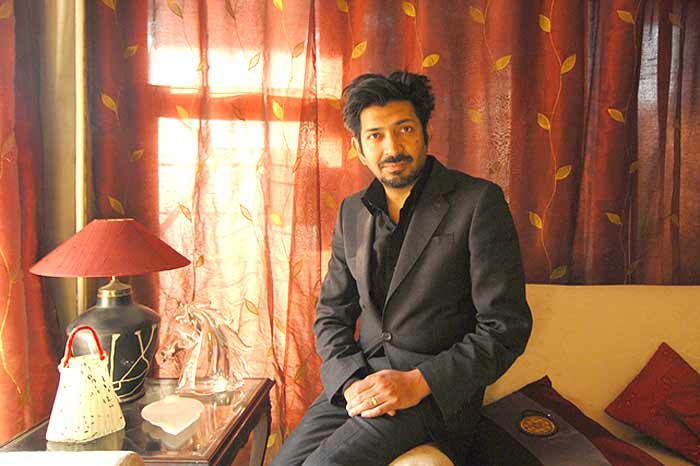 Jitender Gupta
Sheela Reddy February 20, 2012 00:00 IST ‘Incidence Of Cancer In India Is On The Rise And Smoking Is A Big Factor’

Siddhartha Mukherjee, Pulitzer prize-winning author of The Emperor of All Maladies: A Biography of Cancer and physician at Columbia University Medical Center, New York, spoke to Sheela Reddy about the disease. Excerpts:


There is a feeling that cancer can be cured. That it is no longer a killer disease. Is this true?

Cancer is not one disease, but many diseases. These diseases happen to be connected because they share the quality of abnormal cell growth. Some cancers are curable, while others are highly incurable. The spectrum is enormous. Metastatic pancreatic cancer is a highly incurable disease whereas some leukaemia forms are very curable. There is a big difference between one form and another. I think the way we think about cancer, the way we treat cancer, has dramatically changed in the last century. There is an enormous amount of options that a physician can provide today, right down from curing patients, treating patients or providing patients with psychic solace or pain relief. So, in fact, the gamut of medical intervention is enormous.

Why is the incidence of cancer growing? Is it to do with stress?

Well, as I said, probably the most important reason we are seeing more cancers than before is because the population is ageing overall. And cancer is an age-related disease. The role of stress in cancer has been brought up several times. And I’m afraid proof that stress causes cancer has never been very substantial. I’ll give you a good example: in the mid-nineteenth century, people thought that stress caused stomach ulcers and stomach ulcers ultimately can become malignant. But, actually, it turns out that it isn’t stress, it is an infection with a particular bacterium called Helicobacter pylori that causes these inflammatory lesions in the stomach and these inflammatory lesions eventually become malignant.

I think when we use “stress”, we are often using a kind of dummy word to try to fit many different things into one big category. Now, does stress modify our ability to withstand cancer psychically? Absolutely. Does stress make it impossible or less possible for us to undergo various forms of treatment? Absolutely.

"The population is ageing overall. We aren’t dying of other things. So, more of us are dying of cancer."

The other major causes of cancer?

We know several things. We know cancer is caused ultimately via a link between the environment and genes. There are genes inside cells that tell cells to grow and the same genes tell cells to stop growing. When you disregulate these genes, you unleash cancer. Now, what disrupts these genes? Mutations. Mutations happen when carcinogens change the structure of dna. Another way they happen is by accident. When a cell divides and it makes an error in copying genes. What I am trying to say is, the very genes which control the growth of your embryos... if you take those genes—normally very tightly regulated—tell them when to start and stop, you take those genes and you essentially create a cell that doesn’t know when to stop growing. That’s the beginning of cancer.

Can chemicals act as triggers?

We now have several culprit carcinogens. The largest one that’s been the most apparent for decades is cigarette smoking—proven time and time again by hundreds of very strong medical studies. The evidence connecting stress to cancer is very slim, but the evidence connecting cigarette smoking to cancer is strikingly strong—not only for lung cancer, but also lip, throat, neck, bladder and even pancreatic cancers, which you do not normally associate with cigarette smoking. Particulate asbestos is another carcinogen. Certain aspects of a diet, like high red meat consumption, have been linked to colon cancer. There are about twenty relatively common culprits and many rare ones not often encountered.

In India, are you seeing more cancer than before?

Absolutely. There’s a rising cancer trend and, as I said, one of the major contributors is the overall ageing of the population—we aren’t dying of other things, so we’re dying of cancer. The second cause is related to smoking. We are seeing a rise in lung cancer and neck and throat and lip cancers because of smoking.