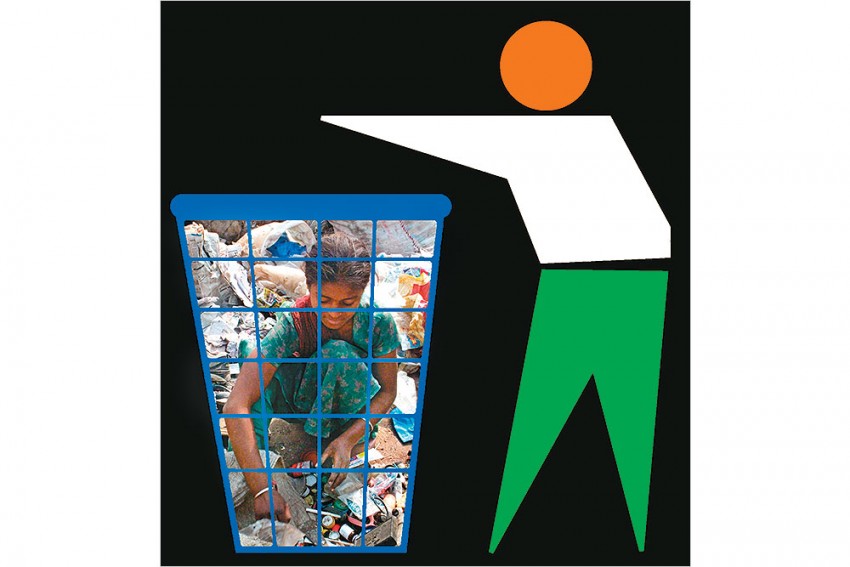 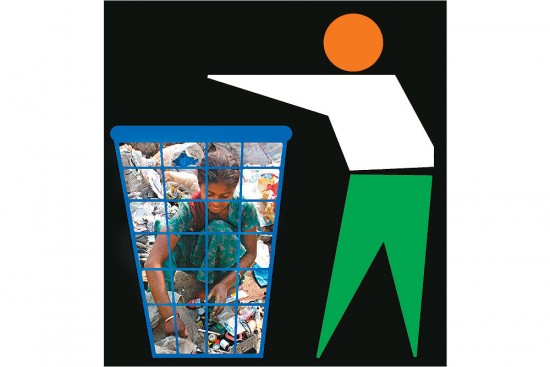 True, China has more people, but China is larger than India. Population density in China is about 150 people to the square kilometre; in India, it is closer to 450. The United States produces more waste—250 million metric tonnes a year, according to one estimate. This greatly exceeds estimates of India’s annual production of 65 million tonnes. But the US has more room to dump it: only 35 people to the sq km. Bangladesh has a greater population density, but with nowhere near India’s industrial capacity to dig things up, throw things away and manufacture all the pollution-creating components of 21st-century life.

The middle class is keen to transform urban areas into classy cities, but ­themselves tip rubbish into the streets.

Appropriate technologies and adaptive policies can overcome many problems of magnitude. But India’s other unique obstacle to a cleaner environment is much tougher. It is caste: the idea that people are born to the task of doing the nation’s dirty work. As Bhasha Singh writes in her powerful book Unseen, “The caste system aids the belief that all work associated with filth is the lot of the Dalits.”

The Swachh Bharat campaign has many things going for it, but it dances round the issue of caste. One of its billboards, depicting a woman throwing her rubbish off the balcony of an expensive apartment, hints at the essence of the unmentionable problem. She does not want tainted matter in her household. Rubbish should be outside in public spaces—the filthy and unruly places populated by the poor, the stigmatised and the dispossessed. The householder on the billboard expects someone else—someone she would not want near her kitchen—to deal with tainted things.

Surprising, in some ways. For, the middle classes appear to be the most vocal champions of a Clean India. They are impatient with the pace of change and eager to transform ugly urban landscapes into world-class cities. Often the same people will throw their takeaway-food waste out of the windows of their cars and tip their household rubbish into the streets. “Unruly spaces”, such as faeces-covered railway tracks and dirty roads, are left to under-­powered local governments, impoverished waste pickers and mother nature’s rats and rain.

The work of making a cleaner India has to belong to everyone, not just to the poor and lower castes. To meet the challenge posed by the messes of modern life, India needs a “binding morality” that sees public health and sanitation as a shared task. Today, however, whether it is cleaning cesspits, clearing sewers, collecting urban waste or mopping up industrial pollution, the people doing the work are highly likely to be Dalits, poor Muslims or lower-caste people from an under-­employed countryside.

When south India newspapers front-paged the suicide of Rohith Vemula, an activist for a Dalit organisation, at the University of Hyderabad in January 2016, they also carried a smaller item. Four Dalit workers had died as they entered a closed cesspit (credulously described as a “septic tank”) at a hotel in Chennai. One man had entered to clear the excrement-laden tank. When he did not come out, three fellow-workers plunged in to look for him. Each quickly died from the poisonous gases generated by decaying faeces. 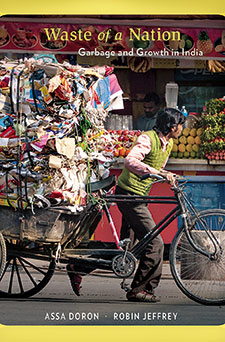 Such deaths are treated as matter-of-factly in India as gun violence in America. Three men died in similar circumstances as recently as February at Sriperumbudur near Chennai. The Safai Karma­chari Andolan documented more than 1,300 such deaths in the 20 years prior to 2016 or more than 60 deaths a year. Yet the practice of “manual scavenging”—rem­oval of human excrement by unprotected human beings—has been illegal under legislation passed in 1993 and reinforced in 2013. Legislation alone is not enough; example is what is needed.

The Swachh Bharat campaign against open (or random) defecation is crippled by the reluctance to confront caste prejudice dir­ectly. If the use of hyg­ienic toilets is to bec­ome widespread, education, demonstration and technologies are essential—and such campaigns need to bring all classes on board as equals in the task. As long as “we” make the mess and “they” clean it up, the goal of world-class public sanitation will remain a dream.

There is good reason to regard the reduction of open defecation as a crisis—a “binding crisis” that should unite all classes in a “binding morality”. Rates of childhood stunting in India are among the worst in the world, higher than sub-Saharan Africa or Bangladesh. And in India, the children of the rural well-off are often as susceptible as those of the poor. Those high rates stem in part from the contamination of food and water resulting from open defecation, as Diane Coffey and Dean Spears argue forcefully in their book Where India Goes. When open defecation is common, contaminated food and drink find their way into children’s stomachs where bacteria devour nutrients that should be building bone, muscle and brain. The consequences are lifelong.

Dalits will increasingly resist the presumption that they are the ones to call when a latrine has to be repaired.

Kerala, on the other hand, has accepted toilets for generations, and the state has led the way in reducing infant mortality. This results in part from universal literacy, reinforced by readership of mass-circulation magazines, invariably featuring health and nutrition stories. It also results from 90 years of intense agitation and conflict over “equality” in a reg­ion that once was renowned for the rigi­dity of its caste system.

Elsewhere in the world, research shows that the acceptance of toilets grows when there are follow-up visits by the high-status technicians and officials responsible for disseminating toilets. Their hands-on demonstrations emp­h­a­sise the ease with which a toilet system can be neatly maintained.

That’s where technology and caste come toge­ther. Dalit communities will increasingly resist the presumption that they are the people to be called when a two-pit latrine—or any other system—needs maintenance. If systems need mechanical equipment to maintain them, then small businesses need to be incentivised with the equipment and training to do such work decently.

Anyone who reads about garbage and sewage workers, especially Robin Nagle’s Picking Up about the sanitation workers of New York City, will learn that the work is hard and often thankless. People do it, because they have job security, regular wages, adequate equipment and substantial cooperation from fellow citizens. They educate their children and live reasonably well. Some never tell their neighbours what they do; others have no such rel­u­ctance. Young men at university will take a summer job with the sanitation department because of the regular pay and the informality of the work. Are there any IIT or IIM students picking up holiday work on India’s garbage trucks? When that happens, we’ll be on the road to a cleaner India.

(The writers are the authors of Waste of a Nation: Garbage and Growth in India. Doron teaches at the Australian National University, Canberra. Jeffrey is a visiting researcher at the Institute of South Asian Studies, Singapore.)