Home  »  Magazine  »  National  » Cover Stories  » cover story »  In Through The Wringer, Out From The Drum

In Through The Wringer, Out From The Drum

Where does the Congress go after this decimation? Can it pull itself back? 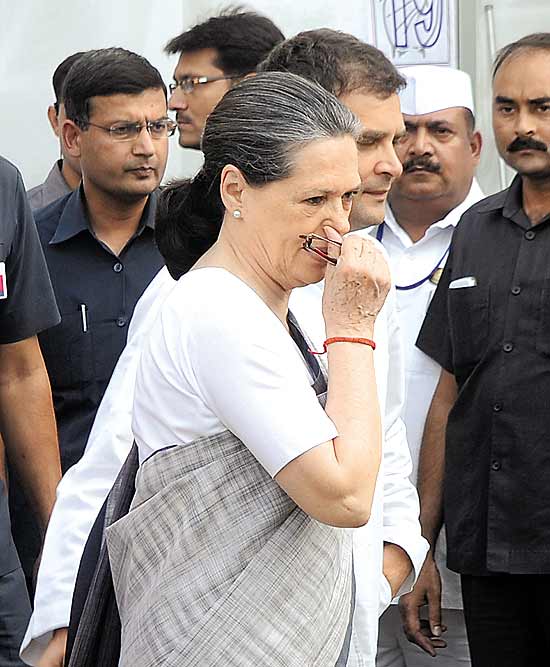 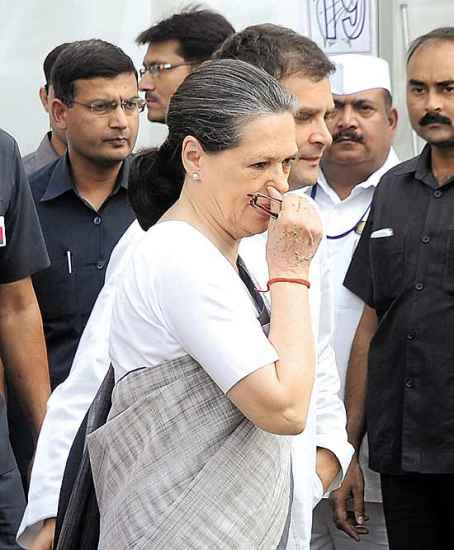 From 1984 to 2014, a gap of 30 years when the party secured the highest (415) and the lowest (44) number of seats in the LS respectively, it has been a listless leap for the Indian National Congress. The goodwill it gained riding on the sympathy wave following Indira Gandhi’s assassination was frittered away within the first three years. And as the big player credited with several reforms, progressive legislations and welfare schemes lurched from one election to another, its worst ever electoral performance this week triggered a requiem for the grand old party: ‘Ab ki baar/Antim sanskar (This time, it’s the last rites)’. So is it really the end of the road for a party with traditions as rich as the Democrats in the US or the Labour Party in England? Or does it have the stomach to fight back like it did after similar debacles 1977, 1989 and 1999?

Nobody quite expected one man to crush a 128-year-old political party, that too one which has been in power for the past 10 years. And while there are signs that ‘Mission Modi’ was launched even before ’09, the demolition was execu­ted in a matter of  just two-odd years. How is it then that while some would credit Narendra Modi with the demolition job, Congressmen themselves would wonder if the job was actually executed by their own leader Rahul Gandhi?

As Modi increasingly became strident in his attacks on the Congress, Sonia and Rahul, Congressmen groped for a signal from the family on how to counter the onslaught. The family’s studied silence was widely interpreted as tacit acceptance of the charges being flung at them. Worse, it was seen as the arrogance of a dynasty that did not seem to believe in answering public charges. Even the alle­gations against Robert Vadra, accused of having used his proximity to the family to get sops from state governments in Rajast­han, Haryana and Delhi, were not add­ressed by the family.

The short concession speeches, actually brief statements, read out by Sonia and Rahul while conceding defeat too fell short of expectations because they refused to field the media’s questions. Unless Congress leaders learn to engage with its workers and the media rather than conduct a monologue, it will be an uphill task for the party to reinvent itself.

The presidential-style campaign laun­ched by Narendra Modi, seeking votes for himself, did catch the Congress off guard. Rahul appeared vacillating in comparison when he meekly sought to explain that in Indian democracy, voters did not elect a PM but they voted for a party. But his own grandmother had led an uncannily similar ‘presidential’ campaign way back in 1971. If 2014 is any indication, such campaigns in future will be more the norm than an exception. The challenge before the party, therefore, would be to identify a leader who has the skills to lead such a campaign.

Rahul Gandhi’s failure to build up a team of second-rung leaders and an org­a­nisation even in a decade should cause the party considerable concern. His pat­chy performance in Amethi, where sister Priyanka Vadra had to camp and weather the mounting criticism against him, is an expression of no-confidence the party would be loath to ignore. The Congress clearly needs to look for someone who is far more forceful and articulate as a leader to steer the party.

When he took over as party vice-president in January 2013, few Congressmen questioned his anointment. The oddity of mother and son holding the top two organisational positions, both by acclamation rather than a democratic election, did not cross their mind. Congressmen seemed to genuinely expect a generational change in the party and the government; some were even moved by the emotional acc­e­ptance speech delivered by him. But nothing happened. Barring one or two indifferent speeches and occ­upying of some more office space, the new dispensation seemed clueless about how to reinvent the party. The party would surely be doing a lot of soul-searching in the next few weeks to discover why the young team of Rahul Gandhi failed to communicate even the above- average performance of its CMs like Prithviraj Chavan and Ashok Gehlot.

The party’s disconnect with the people, however, is not a recent phenomenon. In state after state, the Congress has been losing power over past several decades. And in none of them has it been able to recover lost ground. It lost out in West Bengal in the ’70s, Bihar in the ’80s, UP and central India in the ’90s. Even in the south, which stood by the party in 1977 and 1984, it steadily lost ground. It ceded space in Maharashtra to the Shiv Sena and could cobble up a majority only with an alliance of convenience with the ncp.

The reasons are not far to seek. It failed to promote potential leaders in these states, with the result that most Pradesh Congress Committees are actually faceless. Even in an important state like Uttar Pradesh, for the last 20 years and more the party has been unable to boast of even one leader with a pan-UP appeal.  While the party’s core following stands reduced to tribals, minorities and sect­ions of Dalits, it strangely does not have a single leader of national stature from these sections. Nor has the party been inv­olved in any sustained campaign to uphold popular interest in these states. For a national party which boasts of mak­ing India free, its inability to take up popular causes, as in the wake of the Delhi gangrape, or grapple with new ideas, however, is not easily explained.

A possible explanation is the disconn­ect between leaders and  workers as well. Rahul’s working style compounded the crisis. Even brief interactions with him left several Congress leaders cold. He see­med to have an attention deficit prob­lem, explained one of them, while others felt that his attempts to conjure up obtuse concepts were the result of an inability to grasp political realities. Not blessed with public speaking skills, he also betrayed a lack of understanding of political consequences when he ended up appearing to insult the PM when he tore up a copy of an ordinance that the cabinet had appr­oved or when he remained conspicuous by his absence at the farewell dinner hosted by the UPA chairperson for Dr Manmohan Singh. Whatever could have kept him away is a question that is going to haunt him for years to come.

The BJP’s comprehensive victory has, however, also put paid to the popularly held belief that coalitions alone is the way to power in Delhi. The verdict is perhaps an emphatic expression of no- con­fidence against weak coalitions with small parties blackmailing the governm­ent for their own interest. This might embolden the small section in the Con­g­ress which believes the party has lost out pandering to regional allies. But shedding regional allies may not be easy considering the state assembly polls com­ing up this year and the next. A sim­ilar drubbing in them could make it even more difficult for the party to get back on its feet.

The immediate challenge before the party is to present a united facade; ano­ther challenge will be its performance in the Lok Sabha. While it is in no position to block proceedings or legislation in the House, its role as a constructive opposition will be keenly watched. A handful of opposition leaders in the first few Parlia­ments after Independence had managed to keep the government on its toes. There is therefore no reason why the Congress cannot raise its voice forcefully in Par­lia­ment. Responsible behaviour by its MPs will go a long way in regaining some of the respect and credibility it has lost.

Bring Out The Heavy Machinery