A delayed fight against killer malnutrition 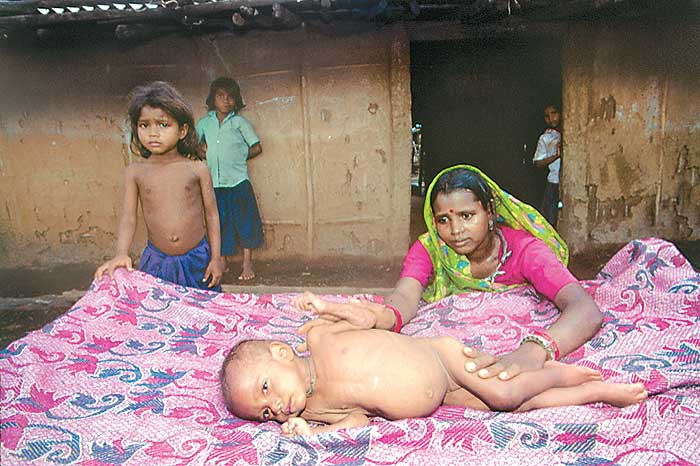 Only a couple of years back, Prime Minister Manmohan Singh had called persisting high levels of malnutrition amongst young Indians a “national shame”. Alas, despite that admission from the summit of governance, ground-level inaction and an ill-coordinated approach dog every step of this challenge. That the PM’s council on nutrition is slated to hold its first meeting in November—two years after it was set up—is a telling indicator.

The rush to meet is perhaps driven by two recent reports—by the International Food Policy Research Institute (IFPRI) and Save the Children—that reiterate India’s abysmal 22 per cent malnutrition levels. The numbers are alarming, considering that 70 per cent of children below five and over 55 per cent women under 49 are anaemic. As Rajiv Tandon of Save the Children underlines, “The relationship between malnutrition and below-five-years’ death is very strong.” Every year, of 1.83 million children who die below age five, around 6,00,000 deaths are due to malnutrition-related causes.

Whatever the reasons—there are many—it’s strange that the government remains obsessed with GDP growth and less about the improvement of child nutrition, which lags behind less developed countries like Ghana, Vietnam or Bangladesh. “Globally, 10 per cent growth in income sees 5 per cent improvement in nutrition. But in India, when income goes up 10 per cent, that improvement is just 1-2 per cent. The reason: the ICDS (Integrated Child Development Services) programme is inadequate as it misses out on the crucial 0-2 age group,” says Lawrence Haddad, nutrition expert on South Asia and director of the UK-based Institute of Development Studies.

Development experts like N.C. Saxena feel the main culprit is the lack of any radical updation in the ICDS programme launched in 1975. The main thrust on food security and mid-day meals has been on quantity, not quality. Also, social infrastructure has not kept pace with the growth in population and rural migration. This is the reason why, according to officials from the ministries of health and women and child development (WCD), there has been no real improvement despite the innovative schemes for adolescent girls, young mothers and children across the country.

To get a fuller picture, the WCD ministry has asked the Nutrition Foundation of India and the National Institute of Health and Family Welfare to include nutrition parameters in the annual health survey in 300 districts. This will be later extended to all the districts and “help us take a more broad-based and prompt action,” say officials. Simultaneously, a pilot scheme for empowering girls in the 16-18 age group will be launched next month in 200 districts, while an incentive pilot scheme in 52 districts for pregnant women and young mothers in the unorganised sector has been finalised by the Planning Commission.

Experts are pinning hopes on the PM’s council for more resources and direction. Governance and accountability are also needed on the ground. Or else, the next surveys will reflect the same, scandalous “national shame”.