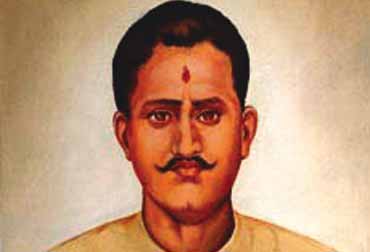 outlookindia.com
-0001-11-30T00:00:00+0553
Narendra Modi has been talking of his visit to Geneva as a mission, and of his visit to Britain as a longish halt en route. The mission is to collect the ashes of Shyamji Krishna Varma and his wife Bhanumati. Varma was of the group that struggled for Indian Independence in Europe in the early 20th century, with the likes of Veer Savarkar, Madanlal Dhingra and Madame Cama.

Shyamji Krishna Varma, who lived in London, got into trouble with the British over his campaign for Home Rule, which he propagated through a monthly magazine, The Indian Sociologist. Varma left for Paris where he set up an India House to support the struggle for independence. From Paris he moved to Geneva where he died on March 31, 1930.

Modi speaks of Varma as the forgotten Gujarati hero. "He wrote in his will that he could not get independence for India but that his ashes should be taken back to India after independence," Modi told a meeting of Gujaratis. "For more than 50 years nothing was done. Maybe this was a task left for me to do."

It is a task with a political twist. Varma was a man whose politics was more in the style of Veer Savarkar than of Gandhi. Varma wrote of Gandhi as a man who worked with the British, while he (Varma) sought to work against them, making him a freedom fighter in a tough mould. Modi is now offering to Gujaratis a Gujarati version of Subhash Bose. It is a move bound to go down well among Gujaratis, and do well for Modi.

The signs of that were visible enough in London. A meeting called by Friends of Gujarat presented portraits of the two most famous Gujaratis—Gandhi and Sardar Patel—on one side. The audience roared in approval when Modi mentioned Sardar Patel. No one knew much about Varma, but they will after Modi has completed his mission. Gujarat is getting another hero, a second Sardar Patel.