DLF -- will it become another Greater Kailash? 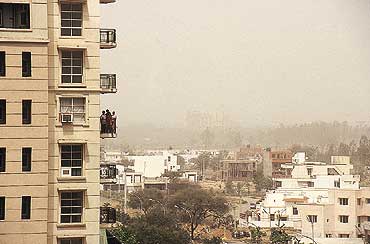 outlookindia.com
-0001-11-30T00:00:00+0553
I moved to DLF (Delhi Leisure Farms) in ’94, the day I retired. As foreign secretary, I lived on Circular Road in Chanakyapuri and built my house in dlf between ’88 and ’91. Three bedrooms with a study and a small lawn are much smaller than the official residence—no honest officer can live like that after retirement—but my attempt was to recreate an atmosphere not too different from what I was used to. I chose dlf as it’s comparatively better-planned than Delhi’s so-called posh colonies. The idea was to move away from the city. Today despite the fact that dlf is getting crowded—Delhi’s architectural culture has started invading it—there are still open spaces to walk in.

Shopping too has become well-organised here, I don’t have to travel to Delhi to stock up anymore. A number of eateries and five-star hotels have also come up. At my age (67) medical facilities are very important and there has been great improvement. Water and electricity, however bad, are still better than Delhi, roads too are getting widened. But the overcrowding is worrying. Lots of commercial establishments are coming up and after about ’98 those who built houses here did more so for the purpose of rent than to live in. I’ve so far been happy in dlf, many of my friends have also moved here but in the next 10 years I fear it might become another Greater Kailash.

(As told to Gauri Bhatia)