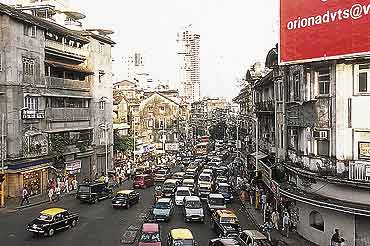 I’ve lived in Cumbala Hill in south Mumbai for over 30 years. Nothing much has changed about it over the years. Most of the buildings around today were there even when I moved in, including the landmark Jaslok Hospital. But those days it was not a hospital, it was meant to be a hotel. I don’t know why it eventually became a hospital. The famous Carmichael Road that runs beside Cumbala Hill is very interesting. The residents who line the road are very united and conscious of the surroundings that they call home.

Their permission and approval is sought before anything is done around that area. That’s one reason why no new building has come up on Carmichael Road all these years, other than two or three aberrations, like the Usha Kiran building which at one time was the tallest in Mumbai. The arterial Peddar Road, however, continues to be a problem. It has always had dense traffic even though it has been widened from time to time. But the plan to make a flyover at Peddar Road is silly and will not achieve anything. I won’t be directly affected by the flyover as I’m protected by a few rows of buildings ahead but I’m part of the campaign against the construction. Making it a one-way road during the rush hour is a better idea but I wonder if the government is listening. Otherwise, Cumbala Hill is a wonderful area. It’s one of the relatively quiet places in Mumbai.