Home  »  Magazine  »  International  » African Safari »  In Hiding, But Quite ­Famously

In Hiding, But Quite ­Famously

The Indian family behind a South African president’s fall 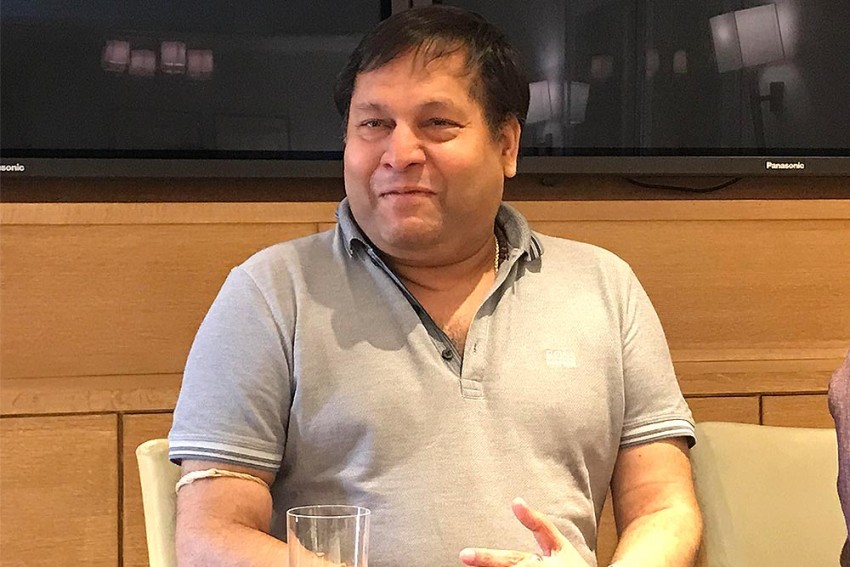 Pitching His Side
Ajay Gupta in a Delhi hotel
Photograph by Ushinor Mazumdar
Ushinor Majumdar June 06, 2018 00:00 IST In Hiding, But Quite ­Famously 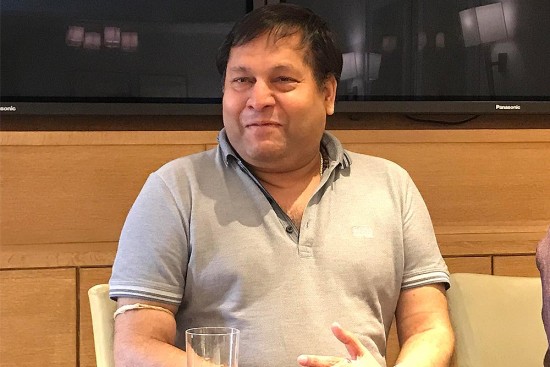 Ajay Gupta speaks with a slight Afkrikaans accent, the result of his long stay in his adopted country, South Africa (SA). His English vocabulary is scant, but he has picked up what is needed to run a business ­emp­ire that includes mining, energy, technology and ­media. But you cannot miss the Indian in the short and suave businessman—in a plush suite in Delhi’s Maurya Sheraton ­hotel, he ­off­ers paneer rolls to a select group of journalists.

It is nowhere close to one of the lavish parties he is known for throwing. Ajay, after all, is a fugitive in SA, where his family is acc­used of “state capture”, a term used to describe political corruption in which private companies or business leaders influence a state’s decision-making processes to their own advantage. Almost the entire 14th floor of the hotel is booked for the Gupta family, which flew out of SA in February after a local court issued an arrest warrant against Ajay.

One of the biggest casualties of the state capture scandal was Jacob Zuma, 76, who was forced to resign as South Africa’s president shortly before the Guptas fled the country. The Guptas are closely associated with Zuma, and his son Duduzane was a business associate of the India-born Ajay and his two brothers, Atul and Rajesh. The three brothers had moved to SA from Uttar Pradesh in 1993.

Ajay, 52, however, denies any wrongdoing and says his family is “the collateral damage of political rivalry and trial by media”. And he has no intentions of returning to SA anytime soon. At least, not until “they tell me why they are looking for me”. “My legal team says, ‘Let us find out what exactly the issue is’, and that is the fight with the NPA (National Prosecution Authority),” he says in his first comments to the media since leaving SA.

Another casualty was the international audit firm, KPMG, which had to change its SA leadership, fire a few partners and publicly distance itself from the Guptas, saying their business with the family went on for far too long. Ajay says he has not seen any such statement and claims to have a different letter from the auditors, which he did not share.

On paper, Ajay does not own any shares or hold a key position in any of the companies. But his role as the family patriarch ensures his decisions are final. Such is the clout that a powerful Indian businessman and private cricket team owner in India is said to have once sat at Gupta’s feet, begging for mercy in SA for harassing one of his relatives.

In a recent legal victory, a South African court ordered lifting of an asset seizure order against the controversial family as there were “no reasonable grounds” to freeze properties worth nearly $20 million, according to South African national daily Business Day.

Ajay had filed an RTI with the Indian government asking about investigations against him and if any Indian probe agency had iss­ued ‘look out circulars’ for him. After failing to get a reply, he moved the Delhi High Court. No, res­ponded the Bureau of Immigration, in a sworn affidavit. The other Guptas did not ask this question as most of them are now naturalised South African citizens.

The Guptas’ troubles are not confined to SA. A government lawyer tells Outlook that Ajay had sought anticipatory relief from the high court against probes into their Indian affairs. In March, the Income Tax department raided the Guptas’ residence in Saha­r­anpur following media reports that the family was building a Rs 200-­crore temple in the UP town. The temple was said to be bigger than Delhi’s iconic Akshardham. (See Prez Zuma’s West UP Connect in Outlook, October 30, 2017)

But all that the I-T sleuths found were empty jewellery boxes. An officer suspected they could have been emptied recently. The trail of donations to the religious trust constructing the temple revealed multiple suspicious remittances, including through a nationalised bank, which is yet to answer queries from revenue officials.

Sources tell Outlook that Rs 25 crore was allegedly transferred to the religious trust and originally booked as a loan. Later, it was shown as a donation. The amount was passed through a ret­ainer of the Guptas, who later died of an illness. The retainer allegedly did not have a PAN number, nor had he ever filed his returns.

Ajay Gupta claims his ­relationship with Zuma dates back to the time when the politician was a nobody.

Ajay claims the I-T raids were due to the media focus on their businesses, and that there is only one criminal case against the family in SA, in which the arrest warrant was issued. He says their troubles began in 2015 when the then finance minister of SA approached a high court there. “The minister wanted a declaratory order in relations between a bank and a private client, where he is not authorised to interfere…We won the case,” Ajay says. “Since then, the banks turned against us and did not want to continue business with us.”

Hinting at racism, Ajay says four major banks in SA are owned by “a particular community”. In 2016, these banks shut down all Gupta-related accounts citing risk to reputation. A large chunk of the Guptas’ banking has been with the Bank of Baroda, accounting for around half-a-billion dollars over a decade. A large number of these transactions were allegedly made through their shell companies in SA, Dubai and elsewhere, booked as loans that did not reveal any commercial purpose.

Ajay also brushes aside the controversy over the family’s relationship with the Zumas, saying he was also ass­ociated with other former presidents of SA, but that did not mean his businesses had benefited. He claims his relationship with Zuma dates back to the time when the politician was not in any influential pos­ition in the African National Con­gress.

“Zuma’s son joined us as a trainee sometime in 2003 or 2004, when his father was a nobody,” says Ajay. “Duduzane grew with us on his own merit. He is surely not working as a president’s son, but as a partner and an investor.”

Much like India’s reservation system, SA also has a ‘black econ­omic empowerment’ legislation that ensures 25 per cent reservation for non-white people. Ajay claims his work with the president’s son was part of their firms’ efforts for this empowerment.

The Guptas have lost many business associates and are now reaching out to former Indian partners and others for ventures outside SA. Their previous partners include Subrata Roy’s Sahara, Laxmi Goel’s Essel and Action Shoes. None of the Indian ventures worked, which Ajay dismisses with a shrug. “We made losses. I don’t think India was ready for retail business at the time,” he says. During that period, however, several Indian retail brands were expanding at a brisk pace.

Though Ajay dismisses the claims against him, the ‘Gupta Leaks’—a dump of their e-mail and financial records—contain much damaging material about their transactions. In The Republic of Gupta, investigative journalist Peter-Louis Myburgh claims they controlled government contracts by becoming a sub-contractor who got the actual work and char­ged a ‘success fee’ as commission for helping global players bag cont­racts. The money was then allegedly routed out through a maze of overseas companies that had similar names as their parent companies in SA.

Another book, written by SA journalist Jacques Pauw, is slated to be made into a dramatised TV series of three seasons. Who will play the Guptas, Ajay in particular, is still a matter of speculation, but the family is known to be close to several Bollywood personalities, including Anil Kapoor.

Whatever the Guptas attempted in SA were on a grand scale, be it business or wedding ceremonies. Like the time when Ajay flew out his Indian relatives and politicians such as Azam Khan in a chartered plane to attend his niece’s wedding without so much as a visa or security clearance. That grand wedding was known for other reasons too. According to a chart drawn by a collaboration of four media outlets, it was allegedly funded by money meant for a government dairy project.

Last year, when Ajay’s son was getting married, his advisors suggested he pack 30 bags and leave SA as there was a lot of focus on their business affairs. Shortly after Ajay left, all his family members also flew out of SA, except his nephew Varun Gupta and three key associates, who were arrested and their passports impounded. A South African court granted bail to Varun a day before Ajay’s interaction with the media in Delhi.

When brother Atul was trying to fly off in their jet, the pilot refused to take off. Somehow he managed to get a substitute, but the Canadian state-owned credit agency that financed the jet wanted it back soon after. To avoid detection, the plane’s GPS location was turned off.

The Guptas, however, cannot turn off the spotlight. It’s a price they pay for being famous. Even in hiding.

A Secret Ballot At The Box Office