No end, it seems, to seizures from the Joshis 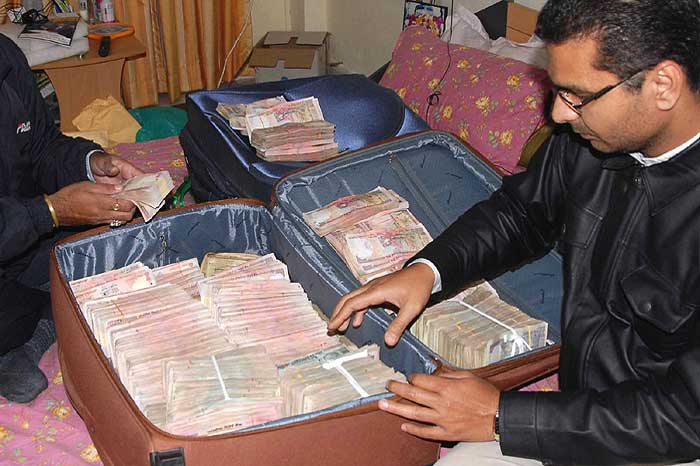 The new buzzword at Mantralaya in Bhopal is ‘Joshied the money’, meaning, stashed away huge amounts of currency under beds and carpets, inside sofas and in other such places. The phrase has been doing the rounds since the income-tax department conducted fresh raids at the Bhopal residence of tainted IAS couple Tinu and Arvind Joshi on January 17-18 and uncovered wealth valued at Rs 360 crore, a substantial portion of it in cash. It is for the first time that the department has recovered “wealth disproportionate to known sources of income” of such magnitude from any IAS officer.

It wasn’t just currency notes that were found. Investigators also seized documents relating to the purchase of more than two dozen flats in Bhopal, Delhi and Guwahati, and more than 400 acres in Madhya Pradesh. The land was purchased in the names of Arvind’s NRI sisters Vibha and Abha. The Enforcement Directorate had on January 20 served notices to the couple for allegedly violating the Foreign Exchange Management Act. The state special police, under the Lokayukta, has also registered a case against the Joshis. The opposition Congress has slammed the BJP government and has demanded the dismissal of the couple from service.