In Andheri, A Centrifuge of Dissent

Shanbag has perfected the use of music and drama in his productions over time. The show is also accompanied by interesting graphics. 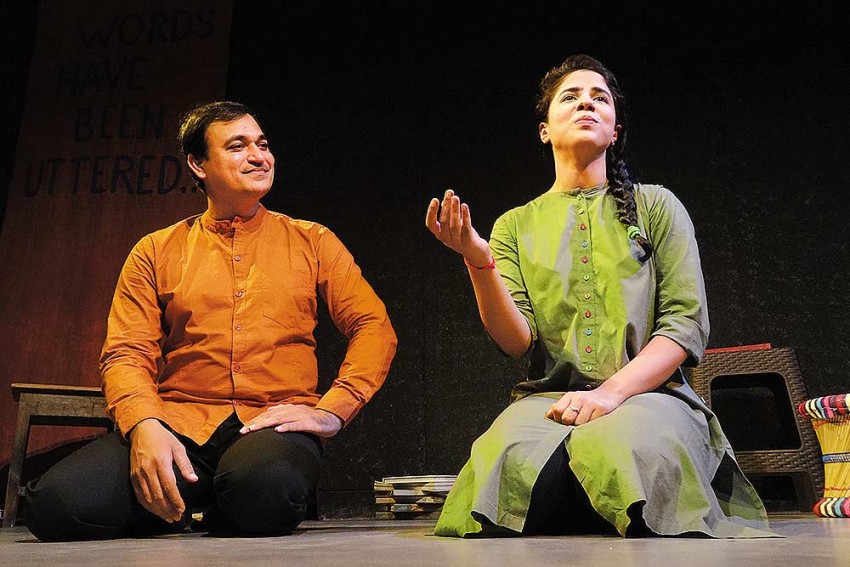 Prachi Pinglay-Plumber September 01, 2017 00:00 IST In Andheri, A Centrifuge of Dissent 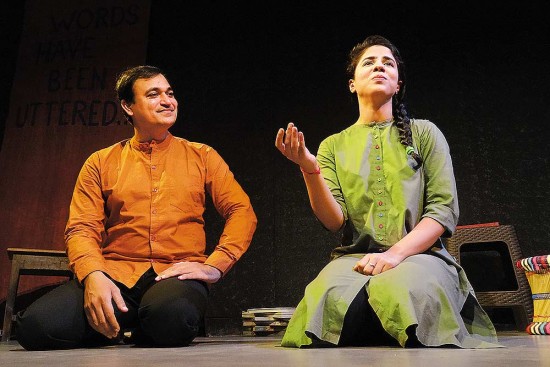 Imagine Galileo’s discoveries, the subversive prose of Chugtai, a Dalit folk singer’s ballads and other writings on dissent through the ages—28 in all—resonating in one quaint location in Andheri. These are the ingredients that make up Words Have Been Uttered, a performance put ­together most effectively by Sunil Shanbag, Sapan Saran and Irawati Karnik.

In Studio Tamasha, a small, interesting space for theatre emerging in the western suburb of Mumbai, performers sit in a semi-circle and enact their pieces in turns. The 120-minute show sets the tone of the evening from a scene from Bertolt Brecht’s Life of Galileo. The scene shows Galileo’s excitement over his discovery of the Earth not being the centre of the universe, an apt anecdote, initiating the audience into the origins of the revolutionary nature of scientific enquiry over State-held religious beliefs of the time. What follows is that which we are all too aware of, a crackdown on scientific temper—Galileo’s harsh house arrest until his death. ‘Thinking is such a pleasure,’ is just one of the gems from Galileo played by Jaimini Pathak.

Another is the titular Words Have Been Uttered, Lal Singh Dil’s revolutionary poem in Punjabi (translated by Nirupama Dutt). Sunil Shanbag recites the hard-hitting poem just before the interval and establishes context for the performance: Words have been uttered/Long before us/And will be/Long after we’re gone. Chop off every tongue/If you can/But the words still/Have been uttered.

Songs such as Gaon Chhodab Nahi, Times They Are A Changin’ and Joe Hill are more than just punctuations to the prose and also serve well to swing the tempo.

Shanbag, who seems to have perfected the use of music and drama in a single production over the years, also plays parts in Omar Khayyam’s hilarious posthumous trial and part of GP Deshpande’s Uddhwasta Dharmashala.

The show is also interspersed with interesting graphics by Afrah Shariq, that add an innovative visual element to the performance.

And there is also enough that is disturbingly close to our times. U, I Didn’t by Ankita Anand expresses the hyper-surveilling nature of the country’s ‘UID’ programme—Aadhaar, a relat­a­ble topic indeed. Rohith Vemula’s suicide note is also read out. The letter is as self-explanatory and devastating as it can be.

Some of the other striking pieces include an extract from The Corpse Exhibition and Other Stories of Iraq by Hassan Blasim, traditional Afghani poetry translated by Eliza Griswol and Sachin Mali’s Dear Democracy, passionately rendered by Hemant Hazare. These take the performance a notch higher than just a tug at your heart to ready you for Dastoor, the profound poem by Pakistani poet Habib Jalib.

To aid with memory of what was witnessed, the makers have thoughtfully made the literature presented available for a modest cost of Rs 20. The idea for the show may be a straightforward one, but the energy of the performers instils in it a sincere element of assertive hope, making it that much more memorable.