In A Mumbai Hospital, 'Kangaroo Care' For Babies

Developed in Columbia in 1978 by Dr Edgar Rey Sanabria, kangaroo care has been endorsed by international medical journals and propagated by global agencies such as WHO and UNICEF in the past few years. 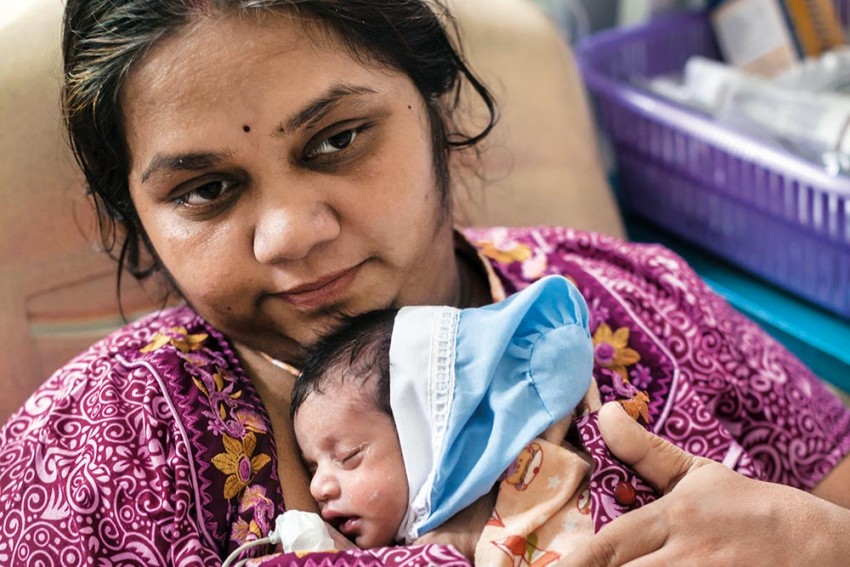 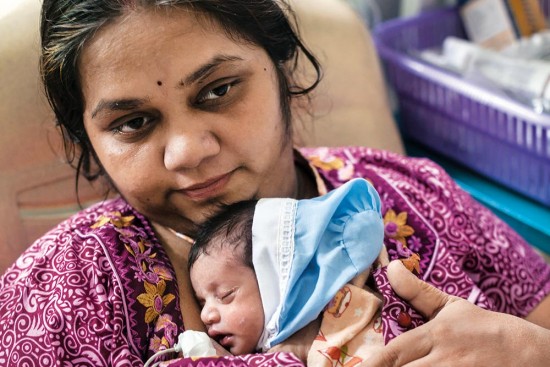 At the B.J. Wadia Children’s Hospital in Mumbai, after crossing various sections for neonatal care classified according to the severity of infections and treatments, one reaches the Neonatal Intensive Care Unit (NICU) at the end of the corridor, where pre-term or low birth weight babies without any infection are placed under warmers. After the doctors and nurses finish with their daily rounds, the mothers take the babies and sit in reclining chairs to give them “kangaroo care”. While the mother sits comfortably in the chair, the baby is put in a tiny sling, ensuring it is as snug on the mother’s chest as a kangaroo joey in the mother’s pouch near the abdomen. This facilitates effective breastfeeding, increase in the baby’s weight and early discharge from the NICU.

“I sit for five to six hours and I have been able to see the difference,” says Sana Sadiq Sheikh, a resident of Kalyan, who had the baby, her first, ten years after marriage. “My baby was born in the seventh month, on May 1, and we came here five days later, as we couldn’t afford the charges at private clinics. Now the baby is improving on a daily basis.”

Sana offers company and tips to Sheetal Tambe, who has been here for eight days with a similar case. Sheetal continuously talks to her baby while waiting for the nurse to arrange for the feeding. She will be here for four sessi­ons of two hours each.

Dr Archana Patil, additional director of health services (family welfare), is hopeful that kangaroo care will help bring inf­ant mortality down. “We have seen it help us save newborns as small as 1,800 grams,” she says. There has been 22 per cent reduction in maternal mortality deaths in Maharashtra and its infant mortality rate (deaths before one year from birth) has stood at 19 per 1,000 since 2011. Recently, Maharashtra’s minister for women and child development, Pankaja Munde, admitted in the assembly that there have been 995 infant deaths in the state in the past six months.

At the Wadia Hospital NICU, head nurse Bridget Prasad has been counselling new mothers to practise kangaroo care and breast feeding for over 15 years. “But it has really picked up over the past four-five years,” she says. “It is easy to practise, but not easy to counsel mothers to give that kind of time, sitting for 10-12 hours. They are away from family, tired, worried. But when they see the difference in their child, they are convinced. It can also be done at home and we encourage early discharge.”

Mothers get to stay in the mothers’ room for Rs 50 a day and many patients get free treatment, depending on their economic background. Only women can give kangaroo care at Wadia, but at hospitals like KEM, there is a room for ­fathers to do it.

Developed in Columbia in 1978 by Dr Edgar Rey Sanabria, kangaroo care has been endorsed by international medical journals and propagated by global agencies such as WHO and UNICEF in the past few years. The Indian government has notified district hospitals to have the fac­ilities at every SNCU (Sick Newborn Care Unit). More than 30 have been set up, especially in Adivasi areas such as Nandurbar and Nashik where malnutrition is rampant among newborns and mothers. UNICEF has partnered for training purposes. Now, everyone from an Asha worker to an SNCU nurse is aware of this procedure.

“Besides increasing chances of breast feeding, it improves the flow of milk and helps reduce depression and stress in mothers,” says Dr Alpana Utture, in-charge of the Wadia Hospital NICU. “There’s also colonisation of positive bacteria from being in touch with the mother rather than the incubator or hospital bacteria. Anyone from the family—mother, father or grandmother—can do this.”

According to Bhuyan, the practice hasn’t been adopted as widely as it should be as separating mother from the baby is too ingrained in our system. “It’s standard practice to separate the baby and the mother at birth for a few hours at least. And if there are complications, the baby is put in an incubator and the mother cannot hold the baby for a few days. It will need a lot of awareness and counselling to change the established methods,” he says.

Kangaroo care cannot be given in case of severe complications and infections. Utture says it can be provided once the cardio-respiratory system is stable.

“It is not only for low birth weight or pre-term babies,” says senior pediatrician Dr Prashant Gangal. “There are benefits for full-term babies as well. Along with breast crawl technique, reflexes of the baby are activated and it really is the way mothers would have nurtured their children thousands of years ago. It is really the way monkeys carry their children, here the mothers don’t have to do any activity, just hold the baby close.”

Bhubaneswar's ‘Smart City No. 1’ Tag Gets A Rainwash