In A Coven Of Spymasters

An old spy is called up, and an almost cold case dug up. It’s back behind the dreaded curtain in central Europe, against the cold steel of the Stasi. 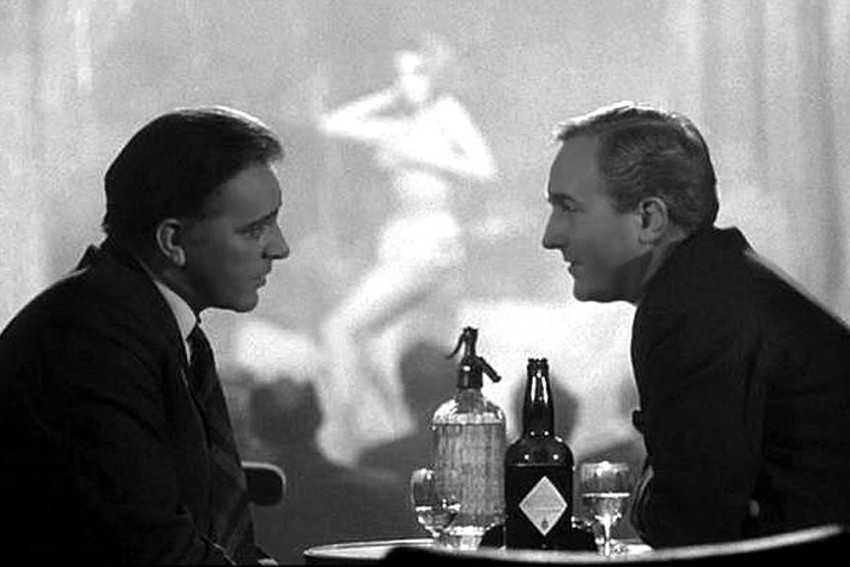 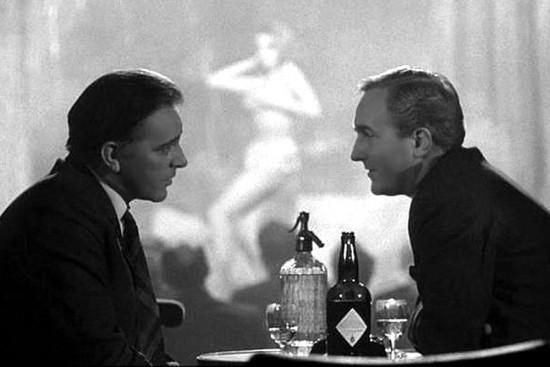 Reading John le Carre’s Cold War spy fiction is like savouring a leisurely French meal with vintage wine. It reminds me of manual typewriters, one-time cipher pads and our training during the 1970s to do dead drops at the busy Jain Book Centre or bef­riending strangers at the Coffee House. Compared to that era, modern spying through drones or satellites is a rush job without ‘class’, much like devouring junk food.

Alec Leamas, in The Spy Who Came In From The Cold (played by Richard Burton, above), died with an accomplice while crossing the Berlin Wall. A Legacy gives the full story.

Like in his earlier Cold War novels, the same characters are reintroduced in A Legacy of Spies, which is a sequel to the 1963 masterpiece The Spy Who Came In From The Cold. The film version of that had Richard Burton as Alec Leamas, who was the head of the West Berlin station of the Circus. Leamas gets killed along with a female accomplice while crossing the Berlin Wall. A Legacy of Spies gives the full story how this occ­urred. The hunter (Leamas) becomes the hunted while the prey (Stasi killer Dieter Mundt) becomes the hunter.

Cold War operatives like the unnamed ‘Control’ (‘C’), ‘Covert’ chief George Smiley (based on legendary MI-6 chief Sir Maurice Oldfeld or MI-5 chief John Bingham) and turncoat Bill Haydon (based on the controversial M1-5 chief Roger Hollis), whose treachery led to the capture of Jim Prideaux, who figured in Tinker Tailor Soldier Spy, loom large in this novel too.

Peter Guilliam, trusted aide of George Smiley, is recalled from his retirement home in Brittany, France, by the legal auditors to give his version on Operation Windfall of the 1950s-60s, which had attracted a parliamentary inquiry and legal claims by the heirs of Leamas and his female consort under the new intelligence regulation laws. The story is told with the usual le Carre finesse, with retrospectives colliding with the present. During the culmination of Windfall, another death of a lady defector (Operation Tulip) occurs, which complicates the case. A Legacy outlines how the Circus deals with this unforeseen turn of events to safeguard the identity of another crucial spy.

When Windfall was planned, Smiley’s team takes care to evade Bill Haydon’s  Joint Steering group, which had exposed Operation Jacknife, through which Estonians and Latvians who were covertly infiltrated into the Soviet Union were compromised and liquidated. Hence, operational files on Windfall were stored in a deep-cover safehouse, known only to a chosen few. It was managed by a trusted lady named McCraig, who was running it even till the early 21st century. Files of sensitive East European penetration and deception operations like Mayflower and its offshoot Tulip were kept here.

The lawyer team led by Bunny, assisted by the ‘History’ veteran Laura, interrogates Peter and compels him to go through the hidden files. While reading, Peter recalls how Alec Leamas had started Mayflower (Dr Riemeck), who had spotted Doris Gamp, an important aide of senior Stasi official Dr Rapp, who was keeping Doris as a sex slave. Doris was being treated by Riemeck. A decision was taken by Covert to exfiltrate Doris in view of her utility. This was initially done by Leamas, but later Peter was chosen to take her out in the final lap, posing as a French delegate to a conference in Prague, where Doris was also present. A Finnish passport was given to Doris. They successfully leave Prague and land in Le Bourget near Paris. From there, they were whisked away to England in an RAF plane.

The case suddenly takes a mysterious turn, the contours of which are deliberately kept vague by the author. Doris reaches MI-6’s Camp-4 for debriefing. Contrary to all precautions by Covert, this camp is controlled by Hayden’s Joint Steering. Peter is separated from Doris, who is found dead. A story that she committed suicide is circulated. She is given an anonymous burial since she did not “officially” enter England.

Peter recalls that it was not the “safest safe house” and the reader smells treachery when he says: “But for the debriefing of a prized agent, snatched only days ago from the jaws of Stasi that employed her? A little tarnished surely, a little more visible than George (Smiley) might have wished if Joint Steering hadn’t owned the operation”.

Not even Smiley would offer Peter a clue. He met him in Camp 4 after the incident, where he got an impression that Stasi was “shepherding” Doris even to Camp 4. He met him at Frieburg years later. All he could detect was a tone of despair about all that had happened long back.

Is the master story-teller planning another sequel?

(The writer is a former special secretary, Cabinet Secretariat. His latest book is Keeping India Safe: The Dilemma of Internal Security)