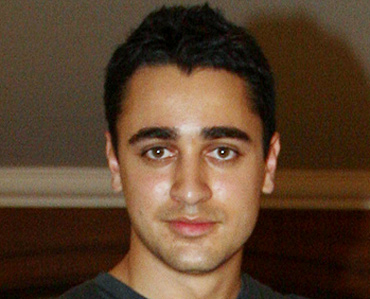 You have a famous name?

I grew up in the South where most people are unimpressed. I was asked several times if I’d play cricket and I found it annoying.

How’s Aamir Khan as an uncle?

Very wicked and mean. A real terror. There was a time when I was in boarding school and he sent me a box of chocolate. But every single bar of chocolate was replaced by cardboard.

Tell us about your role in the film.

The character I play is one of the major attractions for me. He doesn’t have the trappings of a typical hero. He’s just a middle-class boy and the story is about how he grows into a man. That I found very real.

You’ve done other films like Kidnap and Luck. How do you choose your films?

I’ve finished Kidnap, started Luck. Well, I read a script or listen to a narration and imagine I’m watching a film. By the end, if I think I’d spend money to watch it, I go ahead.

Any unpleasant fact about Bollywood you wish you knew.

Whatever unpleasant things have come up so...