So, that's petrol or diesel you're filling? Half of it may be naphtha/kerosene. And the scam starts from the top. 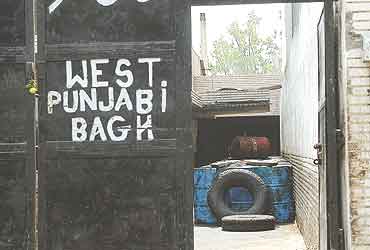 outlookindia.com
-0001-11-30T00:00:00+0553
Everybody knows it happens, but on what scale, nobody quite knew. Adulteration of petrol and diesel is a big-ticket scam that involves an annual recurring loss of at least Rs 10,000 crore to the exchequer. And worse, there is hardly any player in the oil industry who can claim not to be involved. Be it the public sector oil companies, who run 23,000 petrol and diesel pumps that retail Rs 1 lakh crore worth of petroleum products a year, the public and private sector refineries, state and central governments and the politicians and bureaucrats who run them, why even the local police station. Many of them directly, others as facilitators.

Naphtha with petrol, kerosene with diesel, recycled engine-oil with fresh lubricants: this is the devious formula that is at the core of one of the biggest cesspools of corruption in public life. The ministry of petroleum has conducted various studies, including a survey by Tata Consultancy Services. All of these confirmed that the extent of adulteration is huge and peg the loss to exchequer at over Rs 10,000 crore. In 2002, the Oil Industries Training Cell, a department under the petro ministry which collected information and imparted training to tackle adulteration, wrote to Vijay Kelkar, then advisor to the finance minister, "The national loss today is about Rs 10,000 crore per year." The note also quotes V.M. Lal, principal secretary to the government of Maharashtra, who told the Mumbai High Court "that the loss is Rs 10,000 crore per year".

And here oil PSUs come in tainted. Most of the diesel adulteration is done by diverting kerosene meant for the public distribution system (PDS) which is very much within the PSUs' jurisdiction. Then, they release petro-products like naphtha and other solvents like pentane, benzene and toluene to non-existent factories, which go into adulterating petrol. 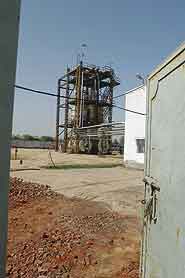 That PDS kerosene gets diverted was noted as early as 1998. The then additional secretary in the petroleum ministry, Devi Dayal, wrote to oil PSUs: "You are aware, the government of India is incurring a whopping sum of about Rs 6,000 crore per annum as subsidy on kerosene. Various studies on diversion of PDS kerosene and intelligence reports from the home ministry reveal that about 30 to 40 per cent kerosene meant for PDS is diverted to unauthorised uses."

This was reiterated in 2001 in a noting by the then petroleum secretary V.N. Kaul, "It is well-known that a significant amount of kerosene also gets diverted for use as adulterant." Kaul also made a valid point, that it is the source of adulteration that needs to be tackled: "Naphtha, various solvents and other petroleum products which are either produced by our refineries or imported into the country find their way into petrol and diesel sold through the retail outlets." Though Kaul put this in writing, his ministry never cared to check what the source of adulteration was.

What is the modus operandi and who are the benficiaries? The oil PSUs are only bothered about their profits and sales targets set by the ministry. This is why oil PSUs are uncomfortable with strict vigilance that could end up with the closure of many of their retail outlets. As for diversion of stocks, the oil PSUs as organisations do not make money. But corrupt officials both at the senior and junior levels are responsible for facilitating diversion of stocks. Given the nature of the trade, the payoffs are huge, running into crores of rupees. In fact, within each public sector oil major there exists a well-established network that keeps the illegal trade going.

Till recently, private companies could either export or sell diesel, petrol and kerosene only to the oil PSUs. But selling petro products, including naphtha, in the illegal market fetches higher prices. And there is never a dearth of buyers thanks to the government's pricing policy that leaves a wide gap between kerosene and diesel and naphtha and petrol. For instance, kerosene in the black market is at times Rs 8-10 cheaper than diesel per litre. So, if a retailer mixes 600 litres of diesel with 400 litres of kerosene, he would straightaway make Rs 3,200 to Rs 4,000 on it. His legitimate commission would have been only Rs 385 per 1,000 litres. Similarly, with a price difference of around Rs 20 now in Delhi between naphtha and petrol, the dealer pockets a neat Rs 8,000 for every 1,000 litres whereas his official commission would have been a humble Rs 639.

Every source of diesel and petrol alternative has been used for adulteration over the years. Which is why experts like K.L.N. Sastri (see interview) question the petroleum ministry's decision of February 10 to permit private refiner Reliance to sell kerosene in the open market. The fear is that this oil could also get diverted to adulterate diesel.

Even before opening up the market, the petroleum ministry under Mani Shankar Aiyar disbanded the anti-adulteration cell (AAC) in June 2004. The reason: two officials in the cell were caught taking money from those who adulterate petrol, kerosene and lubricants. All the files were seized, cases transferred to the CBI and the officials repatriated to their parent departments. Just six months before this, the Oil Industries Training Cell was closed. And earlier in April 2002, with the demise of the administered pricing mechanism for the oil industry, the top policymaking body, the Oil Coordination Committee (OCC), was wound up. In fact, it was out of the OCC's vigilance department that the AAC was created. Now, the ministry virtually has no statutory authority looking into adulteration.

Why were these watchdog bodies wound up? There is no explanation from the ministry. Despite repeated attempts, Mani Shankar Aiyar was not available for comment. Vigilance was slackened even though the ministry acknowledged in November 2003 that most of the kerosene imported into the country was being used to adulterate diesel. Here's the proof of adulteration: instead of a jump in diesel offtake after a good monsoon and increased sale of vehicles, it actually dipped by 3 per cent. Interestingly, almost eight lakh tonnes of kerosene was imported in the first seven months of 2003, leading to a ban on imports in October.

Kerosene importers had been having a free run since 1993 when the government decided that it could not cater to the industrial users as its kerosene was just enough to service the public distribution system (PDS). Then strict guidelines were laid down. The 100-odd importers had to furnish end-use certificates. But they were never even asked for them and the imported kerosene went to middlemen who sold it to petrol pump dealers. 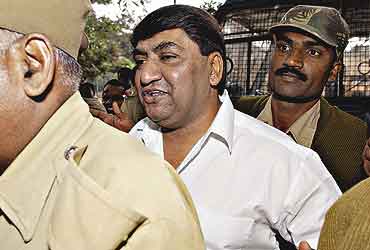 The politician-illegal trader nexus is not far to seek. In Mumbai, the political links of the oil trade were exposed during the investigations into the Telgi scam. Former officials of the AAC suspect that Telgi was one of the financiers for many groups of importers who were mere letterhead companies.

Apart from PDS and imported kerosene, one of the other sources of adulteration is alternative fuel products from private players. A couple of years ago, a private refinery advertised in an economic daily for dealers for its Super LDO (light diesel oil).Though LDO is a standard fuel for boilers and pumps, it was not classified as an automobile fuel. But this private company advertised Super LDO as a "diesel alternative".When this issue was taken up by OCC and later the AAC, the petroleum ministry instructed the PSUs not to manufacture it "as there is every chance of this product going into diesel".

A letter from the Oil Industries Training Cell to the AAC on July 2002 elaborates, "The Reliance distributor had clearly indicated that LDO is an alternative fuel for diesel, in other words indicating it can go straight into diesel, maybe at the retail outlet. This gives a clean profit of Rs 4,710 as against a dealer's (legitimate) commission of Rs 365 per kilolitre."

While kerosene imports were banned, naphtha imports continue. Dubai is the base for most of these importers and their agents. Naphtha has most of the properties of petrol but has a lower octane number (65) which implies lower power to fire the engine. In fact, many refineries add naphtha to high-octane petrol they produce to bring down the octane number to the required 88 level. Conversely, to increase naphtha's octane number, enhancers like benzene and toluene are added.

While investigating a naphtha processing unit in Gujarat, the AAC came across a ledger of a company that showed accounts of purchase of benzene and toluene from Reliance. The account book of this unit records procurement of benzene and toluene from Reliance from April 2001 onwards. But according to official petroleum ministry statistics on sale of petroleum products, the private sector has not sold even a single tonne of benzene in 2001-02. The same book of accounts mentions Adani Port Ltd as the provider of naphtha, but Adani is no manufacturer of naphtha. The AAC had, in fact, investigated Adani in connection with import of kerosene and naphtha.

Though there is official recognition of the scam, it has gone on unchecked for well over a decade. In the public perception, kerosene and petrol adulteration is a small-time operation involving a few petrol pump dealers. This is because, more often than not, only the small players are nabbed and the big fish get away. After all, they do not adulterate, they only produce adulterants!

The Rich vs The Wealthy