“Important Matters Have Been Dealt With Hurriedly”

Chatterjee talks about the legality of ordinances, the former Prime Minster and his plans on writing more books. 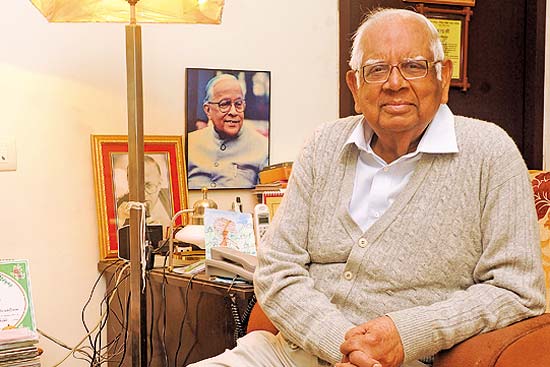 Not known to mince words, former Lok Sabha Speaker Somnath Chatterjee is a scathing critic of ordinances. Dola Mitra meets him on a cold Jan­uary evening at Bolpur, Shantiniketan, where he tells her that Manmohan Singh would never have resorted to ordinances even if he had led a majority government. “He is a gentleman,” Chatterjee says of the former PM. Asked if he is planning a second book, his prompt response is, “Why? Isn’t one book enough?”

An ordinance can be unconstitutional, undemocratic and even illegal. Just as a law can be challenged for the violation of the Constitution, so can an ordinance. It can be challenged in principle too. But our Constitution is a marvellous piece of work and it does provide the executive with the right to bring in ordinances according to the need of the hour. It is not to be abused, however.

Are the ordinances promulgated by the NDA government illegal?