“I’m Proud To Be Indian, Proud Of My Freedom”

An interview with Greenpeace activist Priya Pillai who was to apprise British MPs of the ground situation at Mahan. 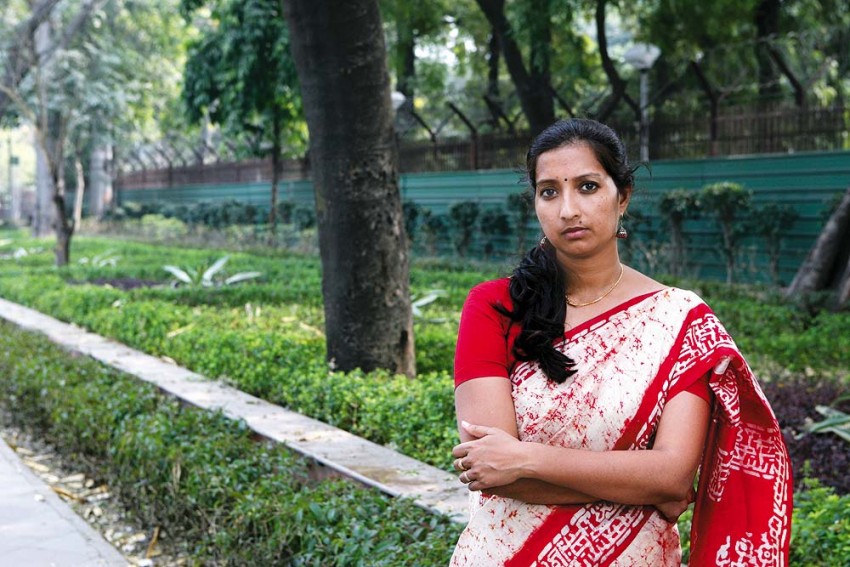 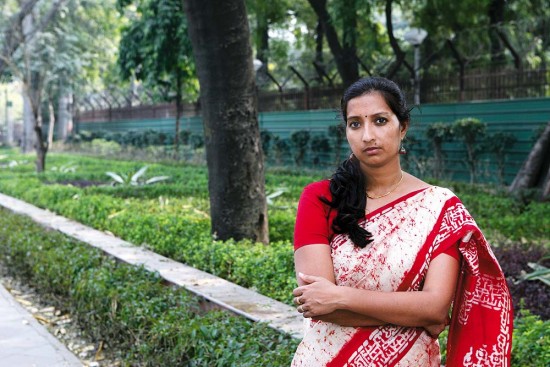 Prevented from flying to London last month and decried as ‘anti-national’, Greenpeace activist Priya Pillai, who was to apprise British MPs of the gro­und situation at Mahan, is fighting a legal battle against the government in the Delhi High Court. Pillai, who has been active in Mahan for several years now, spoke to Outlook, and claimed that Greenpeace had taken up the issue with the government, in the court, the Nati­onal Green Tribunal etc, but all in vain.

Why did you want to depose before MPs of the British Parliament?

I was not going to, as the government has said, talk about how the Indian State is robbing tribal people of their rights. I was going to raise issues of violations of the Forest Rights Act by Essar Power, a subsidiary of Essar Energy, registered in the UK. Until recently, it was also listed on the London Stock Exchange. Apprising UK MPs of activities undertaken by a British company in violation of Indian laws is, in fact, furtherance of India’s interests. Why is this government trying so hard to protect corporate bodies like Essar, and labelling someone trying to protect the rights of India’s citizens as anti-national? I am an Indian and proud to be one. I am also proud of my freedom.

Did you knock on Indian institutions’ doors before deciding to take up the issue abroad?

Greenpeace and I have repeatedly, over the past four-and-a-half years, raised this issue with various Indian MPs, approached all tiers of local administration in Mahan, the ministry of tribal affairs and environment and the National Human Rights Commission. We have also filed cases in the high court in Madhya Pradesh, the NGT and in the local court in Waidhan. Even the high court in Jabalpur, which we later approached, had ordered that an FIR be lodged, but the SP in Mahan has refused to do so till date.

Have you deposed before an international body in the past?

I was not going to ‘depose’ before a formal parliamentary standing committee. I know what it is to depose before a parliament or any formal body and I have done so before committees on environment and forests on the Nuclear Liability Bill. I have spoken at the FAO headquarters in Rome about the adverse impact of biofuels on farmers. But this is the first time I am encountering such an unreasonable reaction from the government.

The Union home ministry in its affidavit says your talking to British MPs would adversely impact FDI flow in the country.

MPs do not have ‘official status’ in the British Parliament and are not empowered to take any decisions on foreign policy. The unofficial status of the All Party Parliamentary Groups can be checked on the official website of the British Parliament. While there is an army of diplomats in place to serve the foreign policy interests of the country, do they seriously believe my discussion with British MPs would attract sanctions in trade? This is simply an attempt to curb individual freedom so that all those with dissenting views are intimidated, much like in a totalitarian regime.

Have you faced any intimidation?

I am being harassed on an everyday basis. The situation is one of a silent emergency, where my freedom of spe­ech and expression is being curtailed. There is secret and illegal surveillance over my activities. I had booked my tickets to London as late as 9.30 pm on January 9 and a Lookout Certificate (LOC) was issued on my name on the morning of January 10. My phone is being tapped and my e-mail hacked. How else is it possible for them to track every detail about me, which no one else knows? Even if they issue an LOC against my name, shouldn’t they have at least notified me about it? They haven’t responded to any of my letters, where I have asked them to give me a copy of this LOC. An extra-judicial body like the IB has been given unconstitutional powers to threaten people who speak up against the government.

They do seem to have sought an undertaking from you?

They want me to sign an undertaking confirming that I will not speak about human rights violations in India in order to travel abroad on work. They say that I will be allowed to travel only on a tourist visa. Why should I give up my right to travel on work and speak freely about the truth?

Are you aware of any Indian who has deposed abroad on such issues?

Arvind Subramanium, the chief economic advisor in this government, has spoken in the US against India’s trade and patent laws and had in fact asked for a dispute to be raised against India. This was directly pertaining to foreign policy. Yet I have been branded an anti-nationalist for attempting to protect interests of vulnerable Indian citizens.

At what stage has your appeal reached in the Delhi High Court?

Arguments of both sides, by my lawyer Indira Jaising and the additional solicitor general, have now been heard by the Delhi High Court. The judgement, though, has been reserved for a later date.