Cookbooks and food festivals are reviving the old Pondicherry cuisine 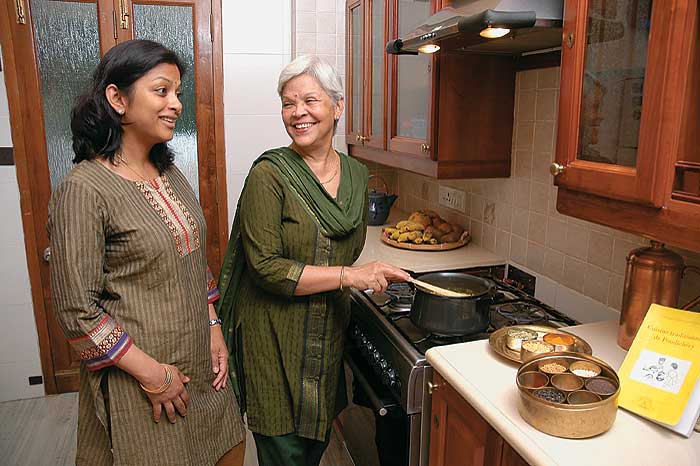 Do we live to eat, or eat to live? Ask Pierre Elloard, who runs Satsangha, a landmark gourmet restaurant in Pondicherry, and pat comes his answer: “Indians are capable of eating the same thing everyday but with the French, food is a passion, a way of life.” Find that a bit hard to swallow? Yet, whatever the apparent differences—gastronomic or attitudinal—French and Indian food have managed to find a meeting-ground in this former French enclave.

That food, call it Pondicherrian or Franco-Pondicherry cuisine or Pondicherry Dubash, has been this union territory’s best-kept secret. Cooked in 60-odd homes, it has largely remained within the confines of families that trace their ancestry to that time, three centuries ago, when the French first arrived here as colonisers. Decades after they left, the French influences are everywhere—in the buildings, the Latin Quarter, the red hats worn by policemen, the use of the French language, the popularity of the game Petanque. But strangely, none of the former enclave’s chic restaurants, catering to a steady stream of tourists, serve Pondicherrian cuisine—the food that evolved when Tamil spices met French food.