“If I Work Hard And Look After My Fitness, A Place In The ODI Team Will Come”

Karnataka's Karun Nair becomes sixth youngest cricketer in the world to convert his maiden Test hundred into a ‘triple treat’. He talks about his future plans and taste in music... 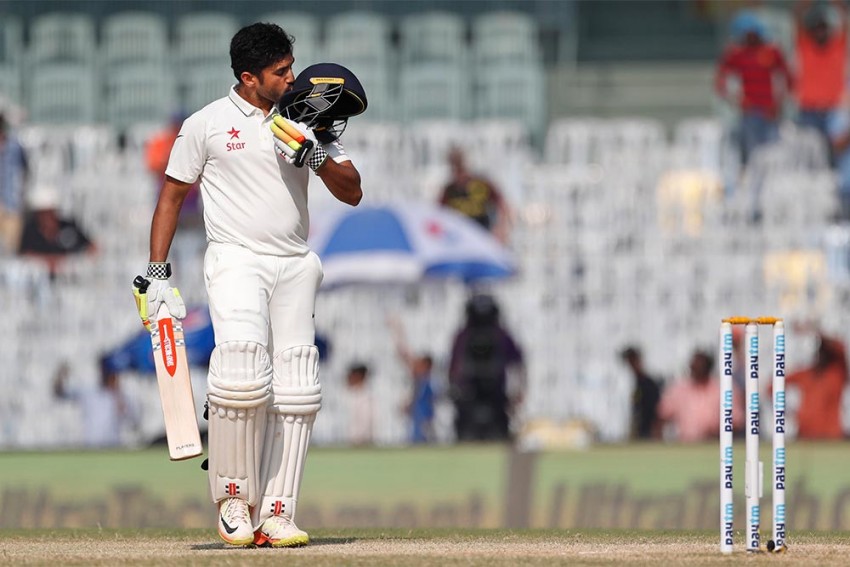 Photograph by AP
Qaiser Mohammad Ali December 28, 2016 00:00 IST “If I Work Hard And Look After My Fitness, A Place In The ODI Team Will Come” 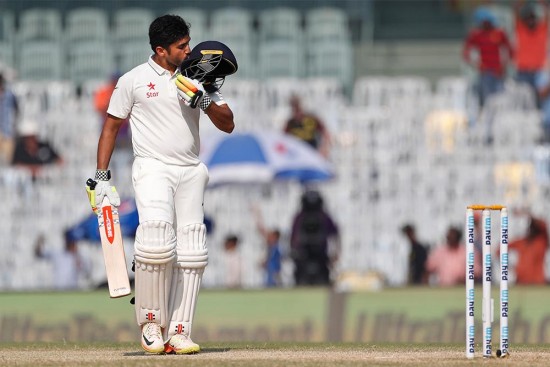 By scoring a triple century in the Chennai Test, Karun Kaladharan Nair became, at 25 years and 13 days, the sixth youngest in the world to do so. The Jodhpur-born Nair became only the third cricketer—after Garry Sobers (365 not out) and Bob Simpson (311)—to convert his maiden Test hundred into a ‘triple treat’. The turnaround in the Karnataka batsman’s career had, however, come with a triple in the 2014-15 Ranji Trophy final against Tamil Nadu.  Nair spoke to Qaiser Moham­mad Ali. Excerpts:

How did you celebrate after that truly memorable triple ton?

Actually, there were no celebrations at all. My parents were in Chennai watching me score the triple century. So, I just had a quiet dinner at home. That’s it.

How do you feel joining Virender Sehwag in the ‘Indian 300-run club’?

When people say something like that you obviously feel proud. It’s a privilege to share that [achievement] with him.

You have raised a lot of expectations, now you have to live up to them.

You played the sweep very well, is it a favourite shot?

I cannot say it is my favourite shot. It comes naturally to me. I have worked really hard over it over the years. I use it whenever I am in need of quick runs.

You also seem to be very comfortable laying the cut shot.

See, being a cricketer at that level, you have to be practising all the shots. I do practise all shots, so that I can play them when I need them and am not found wanting playing a particular one. I am happy that it came off (in Chennai).

During your triple century, you used the depth of the crease effectively.

This is also something that comes naturally. At that level you need to be doing that. And, obviously, you have to keep working on it to keep getting better.

Was the Ranji trophy triple hundred the turning point in your career?

In that season I didn’t get many runs, even though I got the starts. Obviously, it was a final of the Ranji Trophy, so to go there and get the triple hundred was an amazing moment. Yes, you can say that it was a turning point in my career.

You scored very quickly, especially the last 100 of the 303, would you like to cement your place in the ODI team?

Yes, obviously. I want to play in all three formats and do well for India.

For that to happen, would you be making any particular effort to stake claim?

No particular thing. I would be doing the same thing that I have been doing; work hard and look after my fitness. I know it will come.

Everyone is talking about your calm and composed nature. Is that natural or do you consciously try and not show emotions?

I think I am that way all the time. So I don’t think I need to change it.

I gather you like music a lot. What music do you listen to generally?

I hear the Karnataka team’s dressing room likes your choice in music.

They haven’t told me anything like that yet (laughs). If that (choice in music) is indeed so, then it must have been good.