I Spy A Spy

The new NSA is a master spy. Does that equip him for the job? 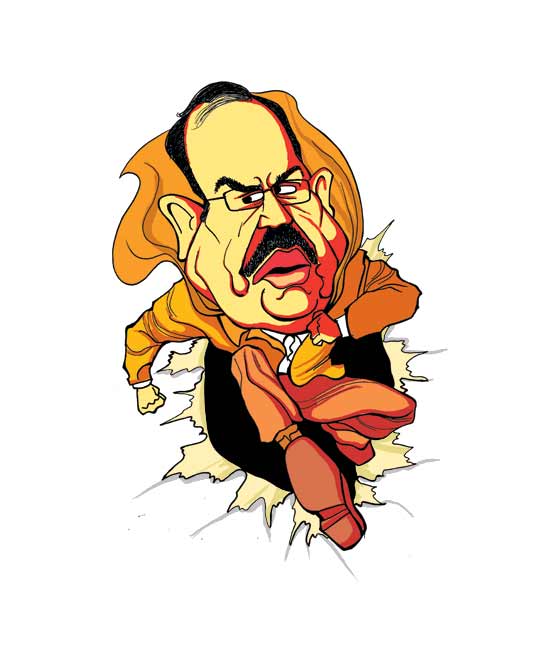 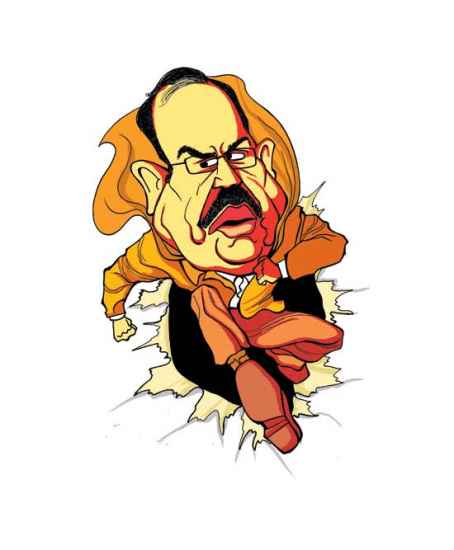 Four or five men huddled together in a Delhi hotel room. They were going through travel arrangements. Three of them were to leave for Dubai a little later to execute one of the most audacious operations by Indian intelligence agencies. The plan was to smuggle in two sharpshooters into the Grand Hyatt hotel near Dubai airport. The marriage of the daughter of Dawood Ibrahim, India’s most wanted don, with Pakistani cricketer Javed Miandad’s son  had been solemnised in Pakistan. A post-wedding feast was being organised at the hotel. Indian intelligence believed Dawood would attend it and saw an opportunity to take him down. The task was outsourced to the Chhota Rajan gang. The calculation was that neither Indian operatives nor Chhota Rajan’s gangsters could have pulled it off on their own; together, they stood a better chance.

The sharpshooters, Farid Tanasha and Vicky Malhotra, had arrived in India and were tested, briefed and trained at several locations. This could not have been an ‘official’ operation, so a retired Intelligence Bureau (IB) officer was conscripted to coordinate it. The officer was giving last-minute instructions when DCP Dhananjay Kamalakar of the Mumbai crime branch burst in with his men, his firearm drawn. Ignorant of the ‘plan’, the Mumbai crime branch had intercepted Tanasha’s calls and reached Delhi. They had decided to take the sharpshooters by surprise. The retired IB officer began to scream, but Kamalakar refused to back off. By the time the air was cleared, the sharpshooters  missed the flight and the plan was abandoned. This incident finds mention in Hussain Zaidi’s book From Dongri to Dubai. Zaidi writes that the Times of India reported on a retired IB officer’s involvement with gangsters and identified him as Ajit Doval—now India’s National Security Advisor (NSA)—but Doval denied the incident. He told the Mumbai Mirror he’d been watching a football match at home.

Doval, 69 years old and an IPS officer of the Kerala cadre, is India’s best-known spy—okay, mostly inland spy. He’s that rare police officer who has won the Kirti Chakra, a military award. Incidents in his professional life are the stuff of legend and films. In recent years, Doval has worked closely with Prime Minister Narendra Modi during his Gujarat CM days, attending strategy sessions and briefings in Ahmedabad. He is known as a hardliner on terror and Pakistan, his views articulated in a number of articles in journals and mainstream media. More controversially, he believes Ishrat Jahan, the college student from Mumbai killed in a fake encounter in Ahmedabad, was a terrorist. He has been critical of the CBI for implicating a retired  IB special director, Rajendra Kumar, in the case.

While his appointment as NSA, given his involvement with the BJP and Modi, was expected, he has detractors in the security establishment and the MEA who wonder if a hardcore operations man can ever be an ideal NSA. But they too acknowledge Doval is an outstanding intelligence operative. He has also served in Pakistan and London. But his critics say Doval may have an eye for detail and the ability connect dots but not the ability to see the large picture and deploy diplomatic skills.

Doval makes no bones of his belief that it was a colossal mistake to appoint former diplomats as NSAs. Three of the four NSAs before him were retired IFS officers. The only intelligence officer to make the cut was M.K. Narayanan, who had a hand in the appointment of Doval as the director of the IB in 2004. Turf wars between diplomats and intelligence officers are not unknown and the first NSA, Brajesh Mishra, is known to have had trouble with the IB, the turf guarded zealously by then home minister L.K. Advani. But Doval’s special relationship with Modi, his detractors fear, would overshadow not just the intelligence agencies but also the MHA and the MEA. The more charitable view is that this is precisely the arrangement the new prime minister may have had in mind. 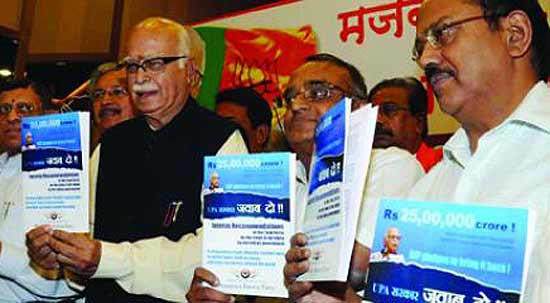 Like most spy stories and legends, it is difficult to sift fact from fiction. His detractors claim Doval himself crafted many of the tales about him. But what remains indisputable is that Doval did play a sterling role in restoring peace in Mizoram. Posted at Aizawl, he assiduously cultivated the insurgents, often inviting them over for dinner at his home. For over two years, Doval recalls, his wife cooked pork for the heavily armed guests who she thought were part of a patriotic push. He is also said to have walked once from Aizawl to deep inside Kachin in China to establish contact with Mizo insurgents. The leader and commander of the Mizo Liberation Army, Laldenga, is said to have acknowledged that Doval had won over six of his seven commanders, leaving him no option but to strike for peace.

Doval’s reputation acquired legendary proportions after he apparently posed as an ISI officer and went inside the Golden Temple for a rendezvous with Khalistani terrorists. It is claimed he stayed inside for several weeks, helping terrorists mine the periphery with dud explosives he had taken inside. The subterfuge lulled the terrorists to believe they could blow up advancing troops while the government, secure in the knowledge that the explosives were fake and threats issued from the temple empty, planned Operation Black Thunder to storm the temple again and flush out the terrorists in the summer of 1988.

His role in the rescue of the Romanian diplomat Liviu Radu, abducted by the Khalistan Liberation Force from Delhi, also finds glowing mention among his adm­irers, though some acco­unts hold that the KLF released the diplomat after they found no mention of the kidnapping in the international media. With Romania making no move to release Khalistani terrorists arrested following the attack on the Indian ambassador Julio Ribeiro in Bucharest, the abductors felt they needed to kidnap a diplomat from one of the superpowers before they could hope to exert pressure. Radu, therefore, was released and put on a train to Delhi.

But other accounts hold that Doval spearheaded the rescue, leading teams into Punjab and taking out one kidnapper after the other. The kidnappers were changing hideouts every ten hours, but Doval and his team, according to these accounts, used honeytraps to good effect, till the last surviving kidnappers panicked and released the diplomat.

Doval, who spent six years in Pakistan in the Indian High Commission, does seem to relish relating his adventures as a spy. He has hinted at his fondness for disguise, for example. He is quoted as saying that he once disguised himself as a Muslim and went to a dargah in Lahore for an evening of qawwali. Pakistani intelligence officers were tailing him and, after some time, one of them crawled next to Doval to whisper that his fake beard was dangling loose, forcing him to beat a hasty retreat.

His role as a negotiator at Kandahar, where Indian Airlines flight IC-814 was hijacked with 160 passengers, is another high point of his career. Doval and Nehchal Sandhu, also to become a director, Intellig­ence Bureau, later, are credited to have engaged the hijackers for over 110 hours, negotiating the release of hostages and stalling their demand for the release of 36 terrorists held in Indian prisons. According to one account, one of the hijackers would speak for 15 minutes from the cockpit of the hijacked plane while Doval would reply in kind, speaking for the next 15 minutes. While India did have to finally release three terrorists, including Maulana Masood Azhar, the negotiators are believed to have done a good job.

A former colleague of Doval from the IB recalls that he never found Doval overburdened or overwhelmed by events. “He likes to find solutions, works tirelessly and goes for the jugular,” he  says. Doval’s subordinates worked as hard, he said, because they knew that if they faltered, the boss would do the work himself. Admitting that Doval was intensely admired and detested in equal measure, the officer attributed it to “professional jealousy and insecurity”.

His detractors, on the other hand,  describe him variously as vicious, vindictive and not above exposing his sources once they are no longer of use to him. The picture one forms of the man, after talking to them, is of an intensely focused person who trusts very few even as very few trust him. His admirers paint him as man who is difficult to please and is a compulsive goal-setter.

As he occupies the office next to the prime minister, Doval, credited with building up IB’s counter-insurgency and counter-terrorism capabilities, can be trusted to rush in where his predecessors feared to tread.

B For Buffett, B For Bansal