I Spy A New Fly

The Indian subcontinent is throwing up a number of new, previously unknown species 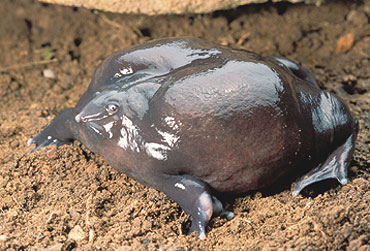 There's more life in India than we have counted so far. Yet, for a change this population increase in our country is not at all crisis-inducing. It's being counted as a blessing and is being celebrated as our contribution to global biodiversity. This good news story begins with ecologically significant events from the recent past. Like the first scientific sighting of a primate, Macaca munzala, in the Arunachal Pradesh's forests. It's the first new macaque species to be identified in a hundred years. About the same time came the discovery of a Jurassic frog in the Western Ghats. Ancestors of this primitive and purple-bodied pignose frog originally hopped around the Gondwana landmass before the Indian subcontinent was created. And in the Northeast, wildlife experts are trying to capture on camera the spectacular green, crimson and grey-feathered Liochichla, a possible new bird species that may soon expand our avian horizons.

Of course, none of these beings are new to the earth. Unclassified and unstudied so far, the significance of these species comes from being "new to science" and formal studies such as DNA analysis, community ecology and biogeography. In the last five years, wildlife scientists have been expanding our knowledge of India's biological universe while trying to unveil new species, from mammoths to minute-sized living beings. These range from pygmy elephants (officials are combing Kerala's forests for evidence of these mini-jumbos, though elephant expert Raman Sukumar asserts initial photos are not conclusive) to an astounding ant, Discothyrea sringerensis, recently spotted in Karnataka, that feigns death when in danger. "What we are seeing is the maturing of Indian biology," says environmental historian Mahesh Rangarajan. Till Independence, the British colonised our flora and fauna with extensive surveys, often attaching their surnames to our birds and beasts—like T.C. Jerdon, a British surgeon who christened a bird from Andhra Pradesh as Jerdon's Courser. 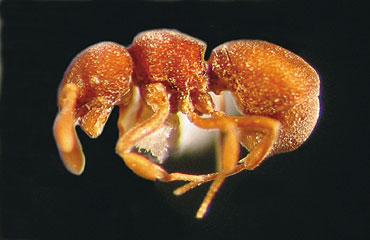 With the rise of environmental educational institutes in India since the '80s, more of our scientists are in the forests. And they are helping rid us of this colonial hangover by identifying new species, often by local names. Yet, even as we learn about their existence, many of these species may disappear as natural India—seen as one of the 12 megadiversity nations in the world—slides into irretrievable ecological decline, all in the name of development.

Three years ago, the pignose frog created international evolutionary history when it was unearthed from 3-4 cm beneath the soil. "This living relic is separated from most other frog species by one hundred million years," declares amphibian expert, Karthikeyan Vasudevan, of the Department of Animal Ecology and Conservation Biology at the Wildlife Institute of India. Vasudevan was part of the Indian group of scientists who found this living fossil. 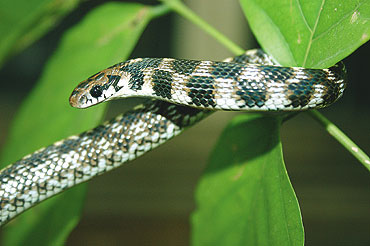 With high degrees of endemism (existence of indigenous species) reported in the Western Ghats, this area is seen as an important global diversity hotspot. The amphibian diversity here is particularly significant with more than 80 per cent of frogs being indigenous. "Yet, right now, within the distributional limits of ancient survivors like the pignose frog, around 20 dams are being built," says Vasudevan. A single dam will submerge 244 hectares of forest.

The Northeast, another global biodiversity hotspot, is also yielding a rich species harvest. On an expedition in 2002 to Arunachal Pradesh's Namdapha National Park and nearby forests, scientist Aparajita Datta found several skins and skulls of the leaf deer (a species first described as recently as 1997 from Myanmar) and possibly the rare black barking deer. In 2003, the state forest department invited a team from the Nature Conservation Foundation and the International Snow Leopard Trust to undertake a survey of its zoologically unexplored and unprotected high-altitude habitats in western Arunachal Pradesh. During later surveys, the team comprising Charudutt Mishra, M.D. Madhusudan, Anindya Sinha and Aparajita Datta recorded 13 endangered species, along with the presence of the Chinese goral, which is new to India. 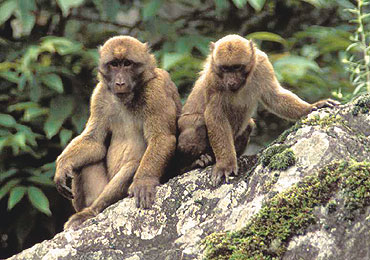 Macaca munzala: Another cheer for the primates

They found themselves staring at a heavyset macaque, with a chocolate-brown body and distinctive tail. Only when the team could not match it with any published primate profile did they realise they were face to face with a new-to-science species. Known to the Monpa tribe of Dirang and Tawang—who called it munzala, meaning 'deep forest monkey'—the biologists described it and named it as Macaca munzala, with the common name: the Arunachal macaque.

"In today's world where most species are threatened, the discovery of a large mammal is very surprising," says exultant primatologist Anindya Sinha from the National Institute of Advanced Studies, Bangalore. Scientifically neglected so far, DNA studies of this specimen are being carried out by Sinha who is excited by the widening of the macaque mosaic. He shares: "Macaques are the most diverse primate genus in terms of evolution. Radiating to 20 species in sheer variety, they eclipse other primates. The munzala occurs at the highest altitude (2,000-3,500 metres) reported for any macaque in the Indian subcontinent." The findings from this survey resulted in the state forest department taking the initiative to carve out a biosphere reserve in the area. His Holiness Tsangyang Gyatso World Peace Park, spanning 2000 sq km, found its place on the map a few months ago.

"We have a huge number of reported species of plants and animals in India, though scientists believe we have many that are not recorded, particularly in remote rainforests and deep-sea marine areas," says Madhav Gadgil, head of the National Biodiversity Task Force and the expert group on Biodiversity Information Systems. He says the only way we can increase our data pool is by tapping the local communities right down to the gram panchayat level. This, he says, is vital "since tribal knowledge is isolated while scientific knowledge is networked." 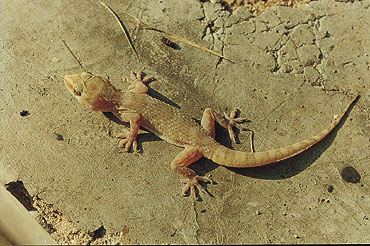 Forest-dwelling tribals, who have primary knowledge of the local flora and fauna, have always been the mediators of the first databases of formal science. Yet, the last time tribals were duly credited for their contribution was in the 16th century. In his magisterial 12-volume Hortus Malabaricus that documents the plant wealth of Kerala, Dutch author Hendrik Draakestein acknowledges all the tribals who helped him. That courtesy to barefoot biologists faded subsequently. Till three years ago, locals who could identify species before the arrival of scientists, like the tribals in the Western Ghats who were familiar with Jurassic frogs, found no mention in journals like Nature for their knowledge or their implicit conservation methods.

Even as biologists and naturalists brave the wilderness to make new discoveries, they're often tangled up in red tape as when an uncooperative forest department hampers field research by denying entry permits. (See 'That Hunted Feeling', Outlook, July 11, 2005).

Yet, wildlife scientists continue to acquaint us with the flying, swimming and walking wonders of natural India. If the early years of research tended to focus on the life-systems of mega-vertebrates like tigers, lions and elephants, today, amphibian research is moving centrestage. "Understudied so far, frogs are being discovered at a greater rate than any other group," says Vasudevan. Recently reported results of a survey in Assam have thrown up an extremely rare and new-to-science frog species, the Kaloula Assamensis and the yellow bodied, brown-striped burrowing frog, Kalophrynus Orangensis. 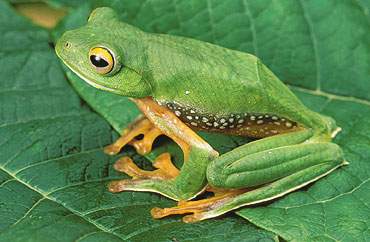 Indian ants have also been marching into scientific annals. For those who are still wondering why these tiny chemical communicators matter, consider this: the biomass of ants is approximately four times greater than that of all of the land vertebrates (mammals, birds, reptiles and amphibians). Dr Himender Bharti, zoology lecturer at the Punjabi University, Patiala, has discovered 17 ant species in the last five years. Bharti, currently researching Himalayan ants, says: "We need to evolve conservation plans for these endemic insects that have adapted to hostile climates and high-altitude ecosystems."

About a hundred years after Lt Col C.T. Bingham published his 'monumental treatise', Ants and Cuckoo Wasps of India, there is no basic book on Indian ants. Reversing this, ant researchers and discoverers Ajay Narendra and Sunil Kumar M. have authored On a Trail with Ants of Peninsular India—an ode to these complex insects, recording their biology, ecology and diversity.

Meanwhile, as Anindya Sinha continues his studies on Macaca munzala, we'd better get ready to listen to fascinating genetic sonnets. "The Western Ghats, the Northeast and the Andamans are our future hotspots from where we'll have lots of discoveries in the next ten years," predicts Kartik Shankar, assistant professor at the Centre for Ecological Sciences, Indian Institute of Science. Here's to those future newbies, heralded by the recent reappearance, after 70 years of being missing, of the Manipur bush-quail that's just brought a flutter to our hearts.

Vidarbha Package: Too Little, Too Late