‘I See Snowden As A Freedom Fighter’

The Pakistan-born British journalist, author and filmmaker on the controversy surrounding the American whistleblower 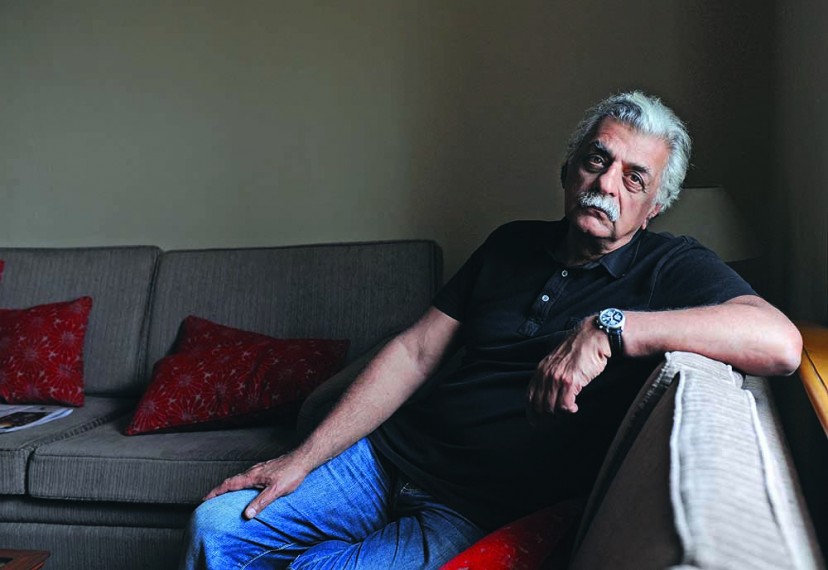 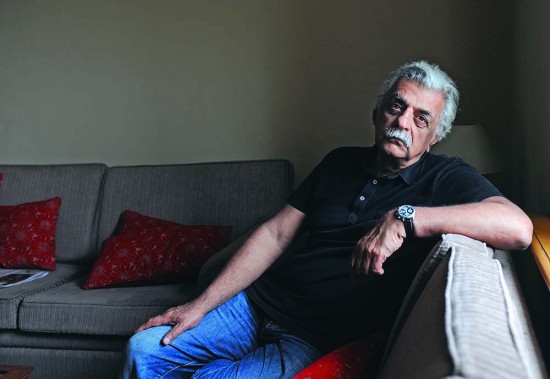 For decades, Pakistan-born British journalist, author and filmmaker Tariq Ali has been one of the best-known critics of US policies. He came into international prominence during the 1960s for taking the lead in the ‘campus movement’ against the American war in Vietnam. His book on that period, The Street Fighting Years, one of the several he has written, continues to inspire a large number of people in different parts of the world even today. In this interview with Pranay Sharma, he shares his views on American whistleblower Edward Snow­den, the US government’s reaction and the surrounding controversy. Excerpts from this interview appeared in print:

Opinion on Edward Snowden is sharply divided. Some see him as a whistleblower, one who has done great service to the world; others see him as a traitor. How do you see him?


I see him as a freedom fighter. "I'm neither traitor nor hero. I'm an American," he told the South China Post. If only there were more like him. A whole movement is what is needed. He has informed US and British citizens that they have no privacy whatsoever. The US campaign against China on the hacking issue has been turned upside down. The sheer hypocrisy of Washington is breathtaking. And its not surprising that Germans appear to be the most shocked: the main charge against the Stasi in East Germany was they spied on their own people. They’ve been left far behind by the US and its British satrapy.

How justified are governments to spy on their own citizens?

There is no justification. If a citizen has broken the law then he or she should be arrested and tried in a court of law and the evidence made available. One of the outcomes of 9/11 has been the death of habeas corpus and growing restrictions on democratic rights. This is nothing new. Intelligence agencies in the West and elsewhere have been snooping for years. In the 60s and 70s my post was opened before it was delivered, my phone was tapped and I was told of this by people who had carried it out, but we knew it was happening. The infiltration and destruction of dissident groups in the United States (the Black Panthers in particular) has been well documented. What is different is that the birth of the internet, mobile phones, etc., has made it so much easier. But its also become easier to detect. And so many people are involved that sooner or later someone, disgusted with what is being done, breaks and goes public.

Terrorism today affects most countries. But is that justification enough for governments to listen to private conversations, open e-mail and Face book accounts of people?

Why does ‘terrorism’ happen? Without a cause there is no effect. India has a rich tradition of terrorism: the struggle against the British provoked it in Bengal and the Punjab. The US occupation of the Arab world and Afghanistan, its threats against Iran, the use of drones in Pakistan, etc., anger many people. A tiny minority organises its revenge. It's politically ineffective, but in a world where there is hardly an opposition from above the spectacle created by terrorist attacks appeals to some. The spillage from the Afghan war has completely destabilised Pakistan and the Pakistani Taliban are creating mayhem in the country. I don’t think most of these bearded gentlemen are on Facebook or tweeting each other in between saying their prayers and targeting foreigners.

Should the power given to a government and various other agencies in a democracy to spy be based on blind trust or informed consent?

I think governments should be transparent. All this surveillance has been going on for years. How come that the Boston brothers were not detected? There will always be people who will manage to slip below the radar. How do you stop that? Even if you encourage neighbourhood groups to spy on each other non-stop and report anything suspicious, you become a police state and it won’t work. The real solution lies in changing what is going on in the world. Throughout the Cold War the charge against the Communist countries was that they spied on their citizens, which was true. If it was wrong then, why is it justifiable today? Just because its being carried out by elected governments? The double-standards are grotesque. 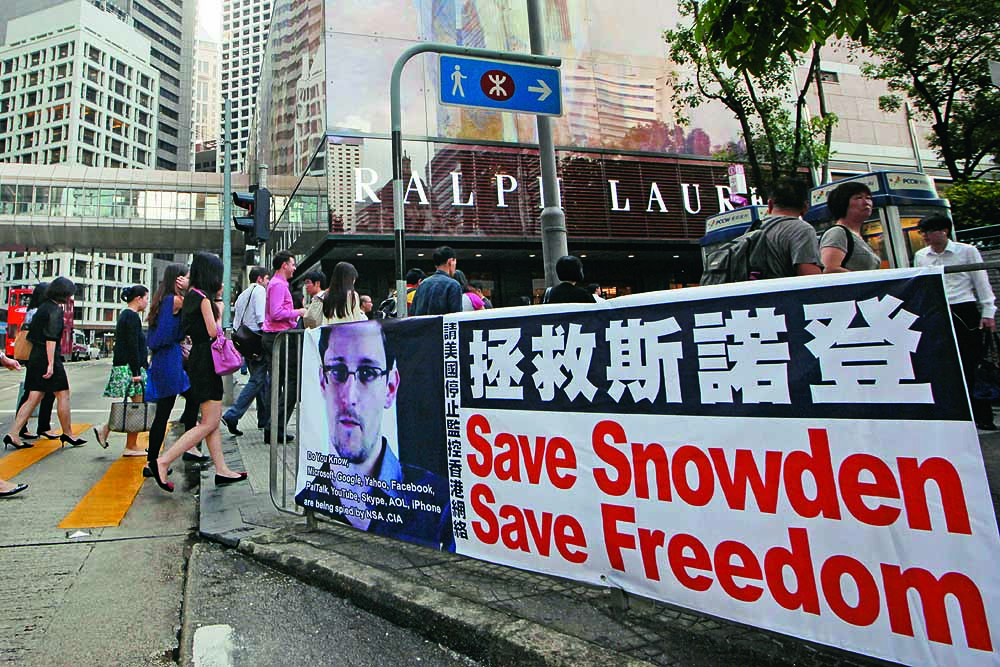 Edward Snowden seems to have vanished into thin air. What do you think happened to him?

I have no idea. He told The Guardian: "You can't come forward against the world's most powerful intelligence agencies and be completely free from risk because they're such powerful adversaries. No one can meaningfully oppose them.” He told the Washington Post reporter, Barton Gellman that the powers that be in the US "will most certainly kill you if they think you are the single point of failure that could stop this disclosure and make them the sole owner of this information." So obviously he’s gone into hiding somewhere. Washington has cancelled his passport so he will need a new travel document and a change of nationality.

How do you see the Big Picture emerging out of the Snowden controversy?

I don’t think there is one big picture. There are many small ones. I doubt very much whether the Snowden defection will lead to any real changes. Life will go on as it has after Daniel Ellsberg leaked the Pentagon Papers, Philip Agee broke with the CIA and published ‘Inside the Company’ revealing the extent of torture user by the CIA in South America. If Snowden is captured and renditioned he will be locked up for ever like Bradley Manning as a deterrent to others, but deterrence of this or any other sort never works (if it did there would be no murders in the US today).

Three big powers-the US, China and Russia are either involved or have been drawn into the Snowden affair. Are we looking at a major diplomatic row involving the three?

They all behave in the same way and China and Russia have their own charge-sheets against Washington as has already become clear as a result of the Snowden revelations. Chinese companies, universities and military were being hacked by US agencies. Snowden has been accused of treason, but how can this be so since he has NOT aided or abetted a country with whom the US is at war.

How do you see the role of Ecuador? It has already given refuge to Julian Assange for nearly a year in its embassy, now there are talks of Snowden being given asylum there. Why is Ecuador taking on the US?

Ecuador is a sovereign, independent state with a popular, democratically elected government and President. The US gives refuge to Chinese dissidents. Why shouldn’t Ecuador give refuge to US or Western dissidents? I know Rafael Correa and have visited the country. They don’t think in terms of ‘taking on the US’, but not of kowtowing either. Behaving, in fact, like non-aligned countries used to once upon a time.

George Orwell’s 1984 was hugely popular in the West for its criticism of the restrictive communist regimes during the Cold War. Has Orwell’s “Big Brother” now shifted to Washington?

Orwell claimed that the idea for 1984 came to him when he was working in the BBC. Some of the experiences led him to believe how easily the media could be manipulated. So he wouldn’t have been surprised at all by this development.

What does all this tell us about the US and its democracy?

That it still produces people like Snowden is in its favour. That it wants to control and curb the spread of information made possible by technology pioneered on the West Coast is something else. Each new development in capitalism contains its own contradictions.

Are you surprised all this is happening under Barack Obama’s presidency in the US?

Not at all. When I wrote my book on Obama [The Obama Syndrome: Surrender at Home, War Abroad] many liberal friends in the US were a bit angry. I’d gone too far, too soon. History has vindicated my analysis. The most striking feature about his presidency is the continuity with the reviled Bush regime. On civil liberties and the use of drones -- Jeremy Scahill’s documentary on this theme is devastating -- Obama has been worse. On giving the President powers to kill US citizens whenever and wherever required has sanctified state terrorism. His main victory has been in sealing off liberal dissent. Had a Republican President done half of what Obama has done, the shrieks of protest in the States would have echoed in Europe and elsewhere. Snowden’s revelations have come at a time when there is no liberal opposition in the United States. Ellsberg and Agee were luckier. When they spilt the beans there was a huge movement against the US war in Vietnam.

How do you think other countries should react, especially the allies of the US, many of whom were also spied upon?

They already have reacted. They are angry, but obviously they knew this was going on. The fact that it came out when the new Chinese President was visiting the United States gave it an added piquancy.

The British government has been a willing partner in the US’ spying programme. How do you see its role?

Nobody’s surprised. Britain has been a vassal state since the 80s, its subservience no longer attracts attention. Its Foreign Office and Defence Ministry could easily be disappeared to save money in times of austerity. Its diplomats could be given a tiny office in US embassies and its armed forces formally placed under Pentagon control. Instead a Ministry for Arms Sales could be created to sell weaponry to the Saudis and the Gulf States, though here too some form of merger with the US might be beneficial.

President Obama says he welcomes a debate on the trade-off between privacy, secrecy and convenience. How do you react to that?

A shorter, edited version of this interview appears in print. Tariq Ali, will be in India to deliver the second Chinta Ravindran Memorial Lecture at Trissur, Kerala, on Sunday July 7, 2013 at 10 am on the theme 'The United States: The first and last global empire'. He would also be delivering the inaugural address for the Class of 2014 of the Asian College of Journalism at the Sivagami Petachi Auditorium, Myalapore, Chennai, on Tuesday July 9, 2013 at 6.30 pm on the theme 'The state of Journalism in the 21st Century: Celebrities, Trivia and Whistleblowers'.

Dal, Chawal And A Good Story