'I Say One More Word, I'll Be Killed'

The man who triggered off the controversy sounds worried while speaking to Outlook. 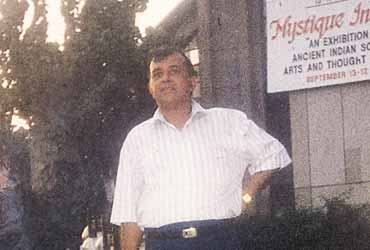 outlookindia.com
-0001-11-30T00:00:00+0553
Dr Hari Krishna made a sensational statement to a section of the media that the "two men killed were unarmed and were shot dead by the police". Was it a fake encounter or was the doctor faking it? He sounded worried in this interview to Outlook. Excerpts:

What happened in the basement of the shopping mall on Diwali eve?
Look, I have said what I saw. Those men were unarmed when I saw them get out of the car. They seemed to be a few metres away from each other. I really don't want to go through this all over again. I don't see any point in repeating myself.

Has there been any Delhi Police pressure on you?
(Silence)...No. There has been no pressure on me. Nobody has talked to me or forced me to change my statement.

Then why have you gone into hiding?
I never realised there would be so much of attention. My family, they're worried. I just did what I thought was...forget it.

Are you scared? The NHRC has asked the police to provide you security...
I can tell you that I am not afraid. There is no threat to my security. I just don't want all this attention. I never asked the NHRC to give me security cover. Ask them to take it back.

Now, reports have begun to appear questioning your very presence in the basement. Did you go there in your Toyota Qualis?
I don't want to say anything on this. Please let the matter rest.

But why aren't you even committing that you were present in the shopping mall's basement on that evening?
I can't say another word on the subject. If I say one more word on the operation, I will be murdered.

Is it true that there are at least three FIRs registered against you?
Yes, I am not denying that. But I have also filed counter-cases. In fact, I will give you details of the cases I am fighting including one in the Patiala House courts.

What did you do after the incident?
I went to Mcdonald's with my family.

Anything else you want to say?
All I will say is that I don't want to prolong this issue. We are not going to get anywhere by dragging on with this matter. If the police say they are terrorists, they must be.