‘I Know Who Planted In Congress That Azhagiri Knows No English’ 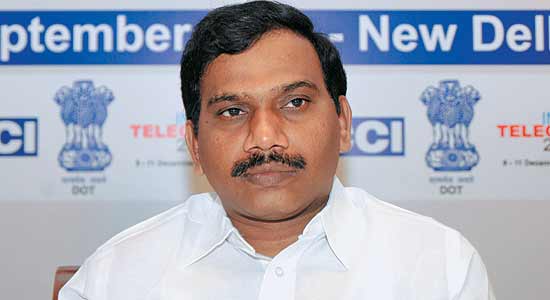 Hear it as they spoke it: The Raja-Radia Tapes

Niira Radia: How are you?

A. Raja: Haan...what is Kani telling?

NR: She’s telling that she’s okay about it. She has no problem. But the only thing is that somebody has to go talk to Azhagiri, which you have to do.

NR: And tell him how (Dayanidhi) Maran has gone and told (badmouthed him)

AR: Haan, I already spoke with him.

NR: You told him what he (Maran) has told the Congress leaders in Delhi?

AR: I know who planted things in the minds of the Congress saying that Azhagiri doesn’t know English I know...

NR: No, no. Not only that. That he (Maran) and Stalin will be the only ones left to run the party because the old man is senile and he is not going to be around any longer, and therefore Congress will be happy doing business with him because it will be him. Him eventually, and he controls Stalin. This is what he has said.

NR: And that Azhagiri is criminal. And he has not even studied more than 5th standard. That’s the exact thing that he has told.

AR: No, I shared with Azhagiri. Azhagiri in turn went to speak with Leader (Karunanidhi).

NR: But he has also said this that in Delhi I’m the only one that you have to deal with eventually because, any case, Stalin will remain in the state (Tamil Nadu).

AR: I know, see, I know what type of propaganda he will manage.

NR: Hi! I got a message from Barkha Dutt just now.

AR: What does she say?

NR: She says that she has been following up the story with the pmo tonight. In fact, she was the one who told me that Sonia Gandhi went there. She says that he has no problem with you, but he has problems with Baalu.

AR: But it has to be discussed with Leader.

NR: Yeah, yeah, he (Azhagiri) has to discuss with the Leader.

AR: It will be discussed in the morning.

NR: Azhagiri’s people are saying, why is Maran getting a cabinet berth when he is such a senior leader himself?

AR: That is different, but all these things must be explored and disclosed.

AR: At least, one to one, let it be disclosed to Leader. Somebody should give a message, at least in a sealed cover, that we are having serious problems with Baalu.

NR: Okay, I’ll tell her. She is talking to Ahmed Patel, so I will talk to him.

AR: Let her call at least over phone: Sir, this is problem—we are having high regard—we are having no problem with Raja, but problem is Baalu. Tell.

NR: Then how will you resolve the other problem?

AR: Other problems we will take care of slowly, because now Leader comes down. Don’t worry. Even you are saying that Maran is not fit for infrastructure—he is having controversy—right. You send a message.

Hear it as they spoke it: The Raja-Radia Tapes