The Right to Information has changed lives and made governments accountable 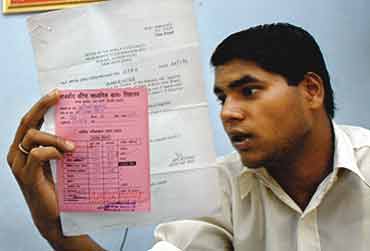 Who’d have known that the RTI campaign would one day help a student pass his exam? Certainly not the activists who’d sat on the first RTI dharna for 40 days in Rajasthan’s Beawar town in 1996, sloganeering that "the right to know is the right to live". The people’s movement for accountability in governance—for the citizen’s right to know—has been a long one and it still goes on. Finally, in 2002, the Parliament passed the Central Freedom of Information Act (FOI). A law many felt was weak and one that still awaits notification and implementation.

But nine states have enacted their own RTI laws granting citizens the right to question their governments, inspect records, ask for copies of these records and make for a truly participatory democracy. The rules differ from state to state; so applying under the RTI Act could cost citizens either just "the cost of processing and providing information" in some states or like in Delhi—Rs 25 per application filed plus Rs 5 per page of information. The time limit fixed for answering a query also varies: 15 to 30 days. Some states have penalty provisions for officers who don’t answer queries; for instance, Goa has a fine of Rs 100 per day of delay and Karnataka up to Rs 2,000 for delay without reasonable cause or supplying wrong information.