‘I Had No Great Love For The Trappings Of Power’

Odisha Chief Minsiter Naveen Patnaik, who won the Outlook SpeakOut Award for the Best Administrator this year, talks about the secret behind hus success... 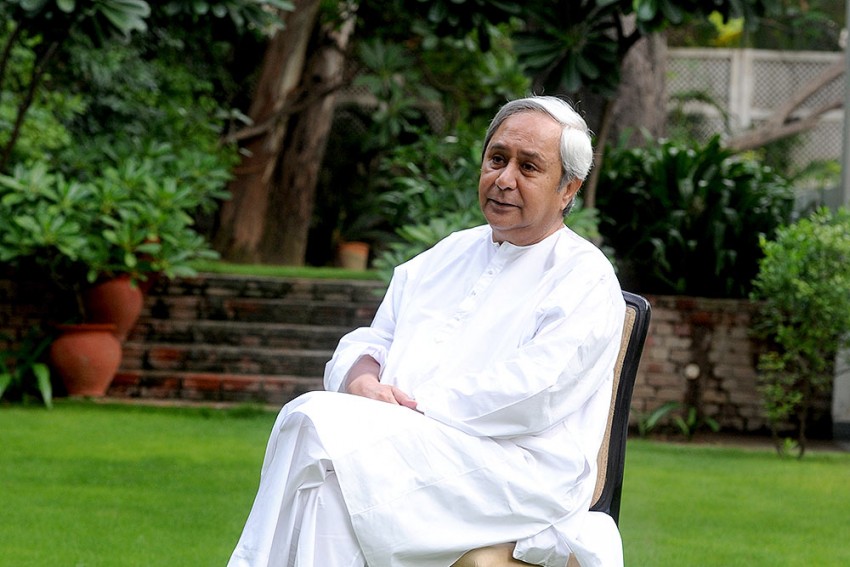 Photograph by Tribhuvan Tiwari
Outlook August 24, 2017 00:00 IST ‘I Had No Great Love For The Trappings Of Power’ 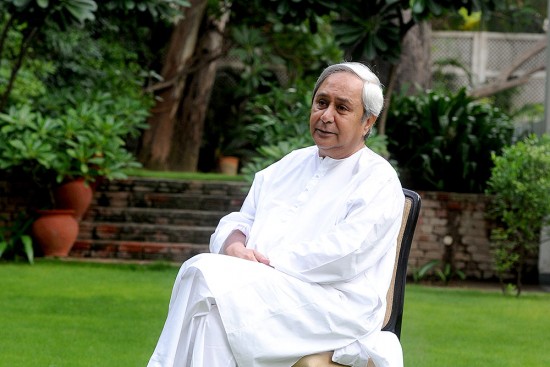 Chief Minister Naveen Patnaik has been at the helm in Ori­ssa for the past 17 years, having won four consecutive assembly elections. Under his leadership, the state has made rapid strides on different parameters of development. In 2016-17, it has clocked a gross state domestic product (GSDP) growth rate of 7.94 per cent, higher than the national average of 7.1 per cent, and witnessed a sharp decline in poverty. Outlook spoke to the chief minister, who won the Best Administrator Award at the Outlook SpeakOut Awards this year, about the secrets behind his success.

Could you please describe Biju Patnaik as a father? For us, he is a freedom fighter, a daredevil pilot, an entrepreneur, a federalist. What struck you most as a son?

Of course, he was a beloved father to us. And then, as you said, there was his record during World War II, as a freedom fighter, as a great entrepreneur and an extremely successful politician.

As a son, what struck you the most? Because, you know, in many cases the public persona is completely different from the individual as a private person, as a father?

What I thought was the most remarkable thing about him was how he was ahead of his times, in his thoughts and in his actions.

Even as a father?

Even as a father…he could implement what he thought.

While growing up, did you consider him to be a role model? Did you admire him to such an extent that you wanted to ­emulate him, to be like him?

In fact, I had not thought of entering politics, for instance. It was only after his ­demise in 1997 that the then prime minister and others requested me to contest the by-election from his parliamentary seat, which I did because of the great admiration the people of Orissa had for him. And I wanted to continue in that work for the people of the state.

So, until his demise in 1997, you never thought you would follow in his footsteps?

No. Neither did I, nor did he.

He never had you around during his discussions on ­political matters?

In your adult life, you were part of the charmed circle of international celebrities…Jaqueline Kennedy, the Beatles. How was it?

Well, Mrs Kennedy and I began a professional relationship. She was the editor of my first book and my third book. And we had an excellent relationship.

How was it? How did it happen? That she edited your book. You know it does not happen often.

Because some of our friends in America had suggested my name for a book that she wanted to bring out for her pub­lishing house.

The Beatles were here in the 1960s with their wives, at the Maharshi’s ashram. And they wanted my advice on various matters in India. Again, through the suggestion of friends.

And did they happen to stop over at your boutique?

As an admirer of their music, what sort of an experience was that?

It was a very exciting experience. They were, of course, very fascinating for all of us here.

In the early 1990s, by Narasimha Rao’s time, Jet Airways was given the licence. Around that time, did you ever think about re-launching Kalinga Airlines?

No, I did not. But we have worked for better airline linkages, both nationally and internationally, with Bhubaneswar and we succeeded to a great extent.

Not as the chief minister that you are, but earlier as an ­entrepreneur, did you think about it?

Wasn’t it a legacy?

Absolutely. But I did not think about it.

1997 was a big year in your life. You said when your father passed away, the then prime minister had asked you to join politics. But that was the big decision in your life. You are an extremely private person; I cannot believe you would listen to others to take such a big jump?

No, that is something I wanted to do. I saw the opportunity and I did it.

I thought my father served the people of Orissa and I thought I would continue that to some extent.

Were the plight of Orissa and the vile character of certain politicians also the reasons?

I would think so. Yes.

What does power mean to you?

I really don’t think of power. I think more of service to the people of my state.

You grew up in an atmosphere of power, where it is alm­ost tangible. Such a powerful politician as father! And not just a politician; he commanded power, adulation, admiration. So how is it about exercising power?

So did you succeed as chief minister because you had no great love for these trappings of power?

Well, I had no great love for the trappings of power. And I was concentrating much more on the development and welfare of the people of the state.

Or is it because you could not be bought? You studied at Doon School. You had a house on Aurangzeb Road. I mean money could not have brought anything more to you?

So you did not have a price?

Now, coming back to the state of Orissa, how do you exp­lain the dramatic rise in growth and drop in poverty?

We focused on pro-people and ­anti-poverty ­programmes. That’s why our party has won four times in a row.

We have concentrated on three Is: irrigation, infrastructure and inclusive growth. In irrigation, we have increased the pot­ential hugely. When I became chief minister in 2000, the state was importing rice. Today, we are the third biggest exp­orter of rice to other states in the country. We also won the national agriculture award four times in the past five years. As far as infrastructure is concerned, we increased our roads, bridges, highways. All that has improved. That is great. Inc­lusive growth is our success as far as the welfare and development of women, Scheduled Castes and Scheduled Tribes are concerned. We have more than five million women now who are empowered and financially independent in our Mission Shakti, a women’s self-help group programme. Also, in the urban and rural bodies, we have granted 50 per cent reservation to women.

As chief minister, what was your personal intervention?

As I said, it was in concentrating on these pro-people and anti-poverty program­mes, which have been successful to a great extent. That is why our ­party has been elected for four terms ­consecutively.

Is it because you give a lot of freedom to bureaucrats and let them work and deliver results?

We certainly encourage the bureaucrats to work hard and deliver results.

Now, probably for the first time in a few centuries, Orissa has overtaken Bengal, at least in terms of per capita income, as a more prosperous state.

But in 17 years, to achieve this sort of result, personally what have you done? Encouraging bur­eaucrats, definitely yes, but something in terms of checking corruption or in last-mile delivery?

We have certainly tried to prove a transparent and progressive government. We have worked very hard, as I said, to rem­ove poverty and succeeded to a great extent.

And not speaking Oriya despite coming from this illustrious Oriya family…is it also your way of keeping a little bit of distance?

No, no, not at all. Just that I did not have the opportunity. Bef­ore entering politics, I did not really live in Orissa

But do you keep a distance, as a person and a politician?

Not necessarily. I don’t think I keep distance at all. I am int­eracting with the people and others all the time.