Sex addiction is an affliction of the times. Cure lies in solidarity. 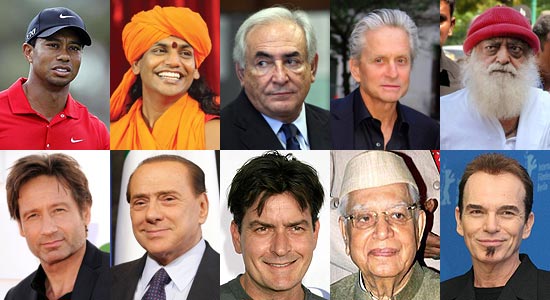 One of Arjun’s earliest memories is a sexual one. Even today, each time he goes back to his village in Andhra Pradesh, he becomes that four-year-old enticed by his older cousin into playing ‘sex games’. While the other kids played in the fruit orchards, they took turns pulling down each other’s pants and revealing their genitals. It was a pow­erful experience recreated over and over again over eight years. But what started as a ‘boyish pursuit’ soon took over his whole life. “By the time I was in high school, I was proving my masculinity by abusing a female cousin to quench my insatiable hun­ger for sex,” notes Arjun, PhD scholar by day, sex addict 24/7. He’s 29 and it’s like his life has already fallen through the cracks. The ‘disease’ now has a life and agenda of its own, manifested through anonymous sex, compulsive masturbation, obsessive fantasising and internet porn. “When I wanted to ‘act out’, the urge didn’t go away, nor did I feel satisfied after the fix,” admits Arjun. “It’s an affliction that costs you time, money, relationships, jobs and even freedom, but the consequences do not limit your actions.” Things came to a head, however, after he got into the pro­s­titutes grid. “I was guilt-ridden and esc­­aping from everybody. At one level, I thought it’s dangerous, but at another the thought of having multiple partners was invigorating.” It was this despair that fin­ally led Arjun to Sex Addicts Anony­­m­ous, a self-help group in Delhi that runs on the principles of Alcoholics Anonym­ous and deals with addictive sexual beh­­aviour (SPYM building, 111/9 Aruna Asaf Ali Marg, Sector B4, Vasant Kunj, Delhi. Email: saawaredelhi@gmail.com).

“Even psychiatrists don’t recognise this as a problem. So when you share your thoughts and with people some of whom have had worse experiences, it gives you a little courage,” says Arjun. It’s been only two months but some well-planned dea­d­diction sessions have launched Arjun on the path to recovery. Or so, he believes.