How We Went About It 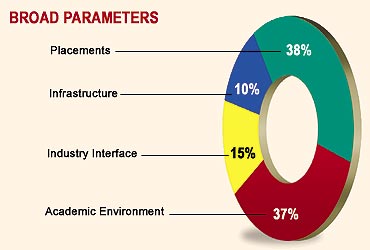 The B-schools were ranked based on objective data. The ranking based on perceptions was done separately. The perception survey was carried at site indiabschools.com supplemented by field visits of mdra staff to some B-schools.

For objective data, a questionnaire was sent to over 700 B-schools. Over 250 business schools responded. The validation exercise was carried out by a special team which cross-checked the data given by various management institutes from secondary sources available, field visits and also through interviews with recruiters. The institutes that gave inflated data were dropped from the survey. Some reputed institutes like imt Ghaziabad and iim Kozhikode could not be ranked as they had sent the data after the cut-off date. For objective ranking, the B-schools were evaluated against the following four broad parameters:

New Kid-Teachers On The Block