How We Load Our Magazine

News rides a cycle and is scooped up at a stop called Outlook. It’s all in a week’s work, explains Sunit Arora. 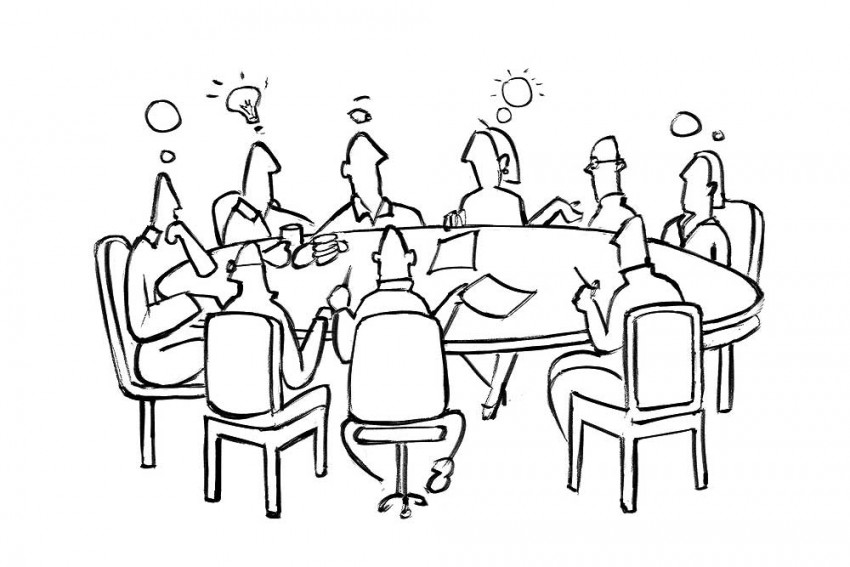 Illustration by Saahil
Sunit Arora November 02, 2015 00:00 IST How We Load Our Magazine 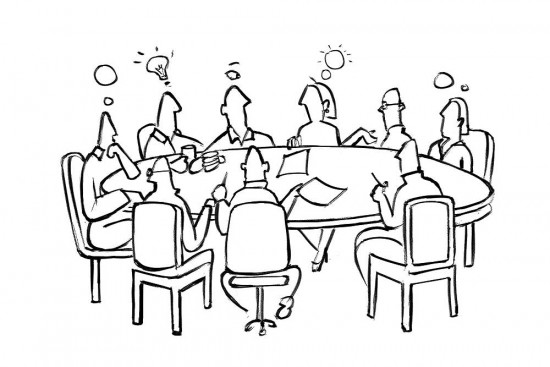 The Morning After, Outlook’s headquarters in Delhi’s Safdarjung Enclave resembles a morgue. The only indication of some (any) work achieved in the preceding week is a poster depicting the latest cover on the first floor. Copies of the magazine will only arrive around noon.

Detailed post-mortems have never been encouraged—a tradition that has endured from the editorship of the late Vinod Mehta. But a quick look-see is recommended, nay necessary, to ens­ure changes are made online.

Features and business editors meet their teams and discuss stories. By aft­ernoon, the competition lands on everyone’s desk. By 4 pm, the Friday edit meeting begins.

The venue  A 12 ft x8 ft “conference room” that barely accommodates a large table and chairs, and is distinguished by a saffron-coloured wall.

The menu Coffee, tea, and water served by Ranjeet. Snacks or sweets are rarely served.

The first question: “So, what’s our cover for next week?” A long discussion ensues.

Thought Bubble: "Why is this meeting taking so long" 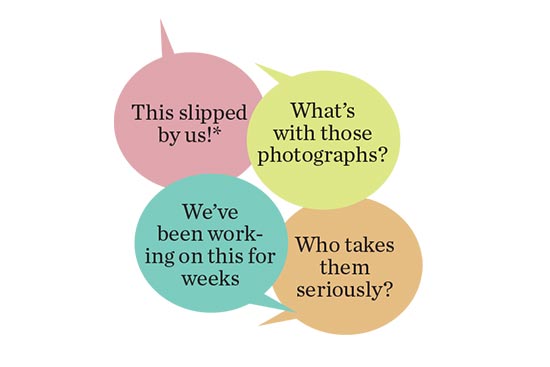 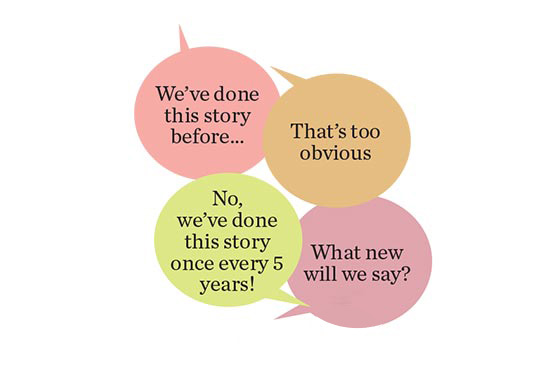 After a couple of hours of rambling conversations, departments pitch stories that are debated and dissected—some are cleared. Podcasts, web articles and blogs discussed too.

Editors retire to the most relaxed evening of the week…correspondents are informed about what stories to work on.

By now the editor starts receiving angry calls and SMSs on the issue. He gets a few congratulatory calls too. Letters to the editor are collated and read.

People are met—the best day for discreet interviews at office.

An edit meeting takes place where ideas are further fine-tuned.

On a rare occasion or two, the edit meeting takes place at a well-stocked bar in downtown Delhi.

Editors read the foreign papers, magazines served up by Alka and Raj Kumar.

Generally, a day of rest, but in the news business you never know.

There’s always some action over e-mail, WhatsApp, and SMS. And the editor calls all the correspondents outside Delhi.

A day of meetings:

Reporters in touch with editors and photo teams for their story.

The issue slowly starts taking form. The ad operations and scheduling team gives an Issue Plan. It lists the total number of pages.

A normal issue has

Special issues—like this one—have many more pages and ads (which pay the bills, so that makes us happy). In off-season months—February, June, July, August—the issue size could come down to 64 pages.

*All departments get a ‘first list’ of the stories slated for 50 pages—a broad ind­icator since there’s still two days left. About 15 regular pages—Books, Letters, Diary—are slotted, plotted, des­igned along with photographs and graphics and done, redone, realised.

The first production day of the magazine, when a certain number of pages are sent to presses in Delhi, Mumbai, and Bangalore.

A production team coordinates with editorial and ad sales to receive edit and ad pages respectively.

They are sent via the internet to the presses.

At the presses, the magazine is printed on a reel of paper…this is folded three times to make up a form of 16 pages. Typically 5-6 forms make up a magazine*. Some go on Wednesday, and some go on Thursday.

After the morning edit meeting, there is finally closure on the cover* — the design team starts working on a cover idea.

Afternoon the long waiting game beg­INS. The editor and production department go back and forth on the final issue plan which is broken up into forms. It is only after this is released to all departments, is the suspense over. Now we know what the issue will look like and what is scheduled when.*

Early evening By now, the continuous tussle between editors getting correspondents to file stories has reached a breaking point. After clarifications and queries, editors “clear” stories and prepare them. Design and photo dep­artments work with editors to serve up a layout with pictures and graphics, haggling over word-counts begins.

Evening The action shifts to real editing, rewriting, cutting, sharpening the stories, checking facts, placing it on the page. This is what you get to read.

Night Rajinder Dhaba beckons. Late dinner—chosen with as much deliberation as some of our headlines—is eaten.

Early morning A dog-tired desk retires after releasing the pages and forms to the press.

1030 Minor panic if there is an error in a page that has already been printed, Sashi is asked to call the press and ask if printing can be stopped. Corrections are quickly sent.

1100 Final edit meeting on the issue. By now most of the magazine is cast in stone, but new stories always creep in— some more chipping away at the forms by the editor. The final cover along with text is cleared.

On rare occasions, the cover story is changed at the last minute. Most rec­ently, the Sheena Bora murder story was put on the cover on Thursday.

Running on adrenalin, the departments repeat the actions from Wednesday night. The issue closes earlier on Thursday night. Once the presses del­iver, distribution teams dispatch them to railway stations so that copies can be delivered quickly* to you, dear readers.

The Morning After The cycle begins all over, as it has been for the last 20 years. This issue you are holding is our one thousand and twenty third....

To Perfect A Cover Drive