How To Bridge The Gulf? 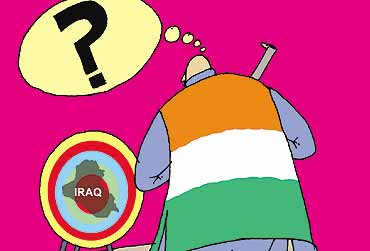 News has now emerged, from Poland of all places, that New Delhi has begun to succumb to the temptation and is prepared to send its troops if asked to do so. If there is any truth in this report, the government would be well advised to consider some of the other consequences of such an action before making a firm commitment.

India has a long tradition of taking part in UN peacekeeping and humanitarian missions. Conditions in most Iraqi cities are so unsettled today that helping to restore law and order could easily be considered a humanitarian move. There is, however, one crucial difference. So far, India has only participated in missions that have the sanction of the UN Security Council. It has also done so only in pursuance of resolutions taken under chapter VI of the UN charter. These missions have therefore been undertaken on the invitation of the contending parties. Neither of these conditions would hold good in Iraq. India would be sending in its troops under US, and not UN, auspices, and it would be doing so essentially to support and consolidate the fruits of a unilateral and unprovoked invasion of that country.