Home  »  Magazine  »  Society  » travel: calcutta-manali »  How To Be A Bengali Tourist

How To Be A Bengali Tourist

Bengalis have an insatiable wanderlust, and their group tours have a unique flavour 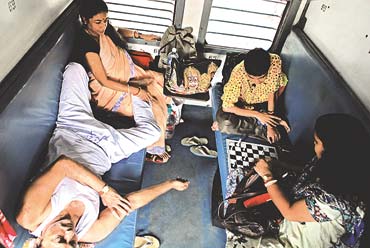 Photographs by Bishwadeep Moitra
Jaideep Mazumdar June 18, 2007 00:00 IST How To Be A Bengali Tourist 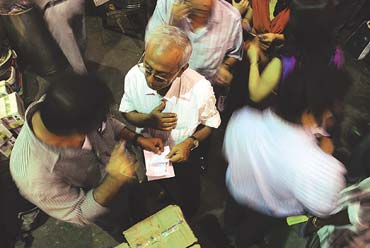 Passport to Eden: Tickets being distributed at the start of the tour at the Howrah railway station Click here for larger image

A motley group-- of all ages, with diverse temperaments, varied tastes and different agendas. But the 44 travellers boarding the train did have something in common-- with the exception of a Malayali banker and his family, they were all Bengali, and they were all being shepherded by Asia's oldest tour operator: Kundu Special. Come holiday time, and the Bengalis set off on their discovery of India. Proverbially clad in monkey caps and dhotis, in staid saris and stout sneakers; carrying capacious jholas stuffed with shawls and umbrellas to brave every possible vagary of weather, their voices high-pitched with excitement, you see and hear them everywhere-- from the heights of the Amarnath glacier and the meadows of Gulmarg, to the beaches of Goa and the palaces of Rajasthan. No other Indians, with the exception of the Gujaratis, have such an insatiable wanderlust. 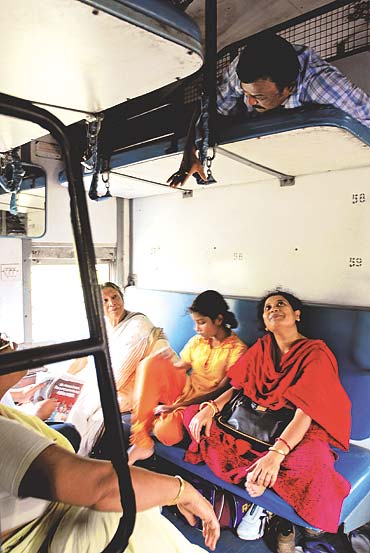 No fullstops: Friendliness asks not for your station in life, obeys no laws of altitude. Bonds form between the unlikeliest people.

The 11-day trip to Shimla and Manali, on which Outlook joined the 44 travellers, was a quintessentially Bengali experience, thanks in no small measure to the eight-member Kundu Special team of managers, cooks and helpers who accompanied the group. They never failed to rustle up a sukto at Shimla, machher jhol at Manali or radha-ballobhi at Rohtang Pass! For, despite their zest for discovering the new and unfamiliar, at the end of a day immersed in new experiences, Bengalis want the familiar flavours of Bengali food when they sit down to a meal. 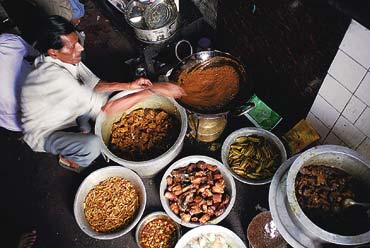 Kalonji Express: The tiffin cooked at the Howrah Kundu Special office has all the familiar flavours Click here for larger image

But it wasn't just food-- and there were loads of it right from the moment the Howrah-Kalka Mail pulled out of Howrah station on May 18 evening-- that was available in copious quantities. Human frailties and strengths were also amply on display. As the journey got under way, bonds formed between the unlikeliest people. Old men struck up a tender rapport with children, young men shared intimate confidences with old ladies, secrets and advice were shared between people who had been strangers at the start of the journey, and were now like one large joint family. And inevitably, as in every joint family, there were tensions too. Adults quarrelled over window seats on the bus journey from Shimla to Manali, resentment over perceived wrongs-- like someone else being allotted a 'better' hotel room-- were loudly voiced, with snide remarks about their fellow-travellers' looks, clothes and table manners, and everyone complained endlessly about leaking faucet in hotel rooms, or being given a back seat in an SUV (on the journey to Rohtang Pass) and a lot more. All met and settled with wondrous equanimity by tour managers Swapan Chatterjee and Kunal Singha, for whom such complaints and accusations are all part of a day's work. 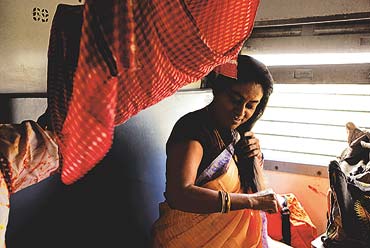 The full aunty: A lady does her hair after taking a shower on the Kalka Mail Click here for larger image

Soothing ruffled feathers, tackling bloated egos, settling petty squabbles and dismissing unreasonable demands with diplomatic finesse is what the 74-year-old Kundu Special's 300-odd staff and managers seem to specialise in. They conduct about 250 such tours to various parts of India every year year. "You travel with us once, and you'll be back again and again. That's our guarantee," Soumitra Kundu told Outlook. He is the grandson of Sripati Charan Kundu who started the company in 1933, when he hired a whole train to take a group of elderly Bengali couples around India on a 56-day trip. Soumitra's boast isn't an idle one: elderly Mrs N. Mondal, who led a nine-member group of family and friends on this tour, said it was her 12th trip with Kundu Special. 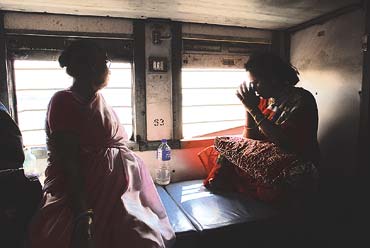 The dham within: A traveller pays obeisance to the Ganga as the Howrah-Shimla trundles over a bridge Click here for larger image

Back in 1933, the 56-day trip cost Rs 104 per person-- all inclusive. This eleven-day trip to Shimla-Manali cost about Rs 9,000, inclusive of train fare, food, accommodation, all travel and sightseeing. While reasonable prices are a factor, what enhances Kundu Special's appeal is its reliability, and attention to individual needs. "I wouldn't have had the courage to bring my elderly mother along had it not been for this tour operator," attests Debabrata Das, a corporate executive. 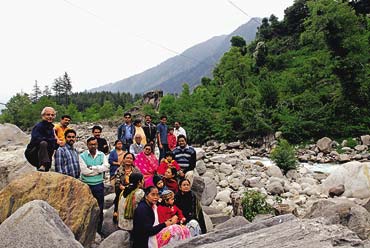 Uttarpara transit camp: Members of the party pose for a group photo in Manali. The sight and sound of the hills and brooks heal the mental bruises from occasional tiffs during the travel. Click here for larger image

Swapan Chatterjee's friendly banter, for instance, went a long way in bringing solace to a young woman for whom this trip was a recuperation from an abusive marriage. Chatterjee has even taken it upon himself to play match-maker for the unhappy lady! Chatterjee and Singha also had the full-time, onerous task of keeping eager menfolk at a safe distance from at least two ladies who, to put it mildly, had roving eyes. "Illicit liaisons are not uncommon on a trip like this, but they can end up messy and mar the trip. We have to be on guard to prevent such incidents," confided Chatterjee. Among the other responsibilities they took on was providing a sympathetic ear to a man with a constantly nagging wife, and a tearful lady who had lost her husband recently. The irrepressible Chatterjee plans to pair off this lady with a lone widower on the trip. 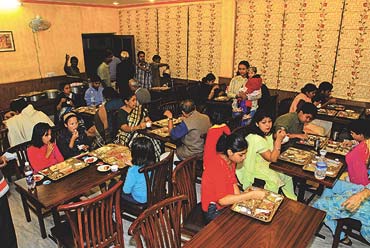 Parting feast: The road-weary travellers round off an 11-day trip with a square, balanced meal Click here for larger image

On May 29 morning, as the train pulled into Howrah station, 40 (four had flown back to Calcutta) tired but happy souls alighted from it to return to their everyday lives, and start planning their next Kundu Special tour. 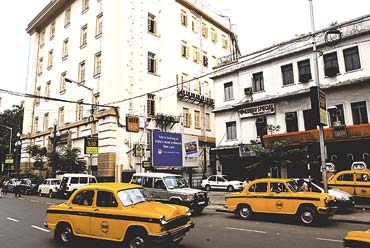 Guide...and philosopher: The Calcutta office of Kundu Special which conducts 250 such tours every year Click here for larger image

Postscript: Chatterjee and Singha left with another set of tourists on another trip to Shimla-Manali on June 5; Mrs N. Mondal is wondering if her next trip with Kundu Special will be inauspicious because it will be her 13th; the hen-pecked man continues to survive his wife; and the two 'roving eye' ladies had not met with much success (at least that's what they claim). And the widow and the widower have reportedly exchanged phone numbers.