How The Supermarket Racks Were Won

Chetan Bhagat's latest shows the first stirrings of maturity, but the gruel is thin enough 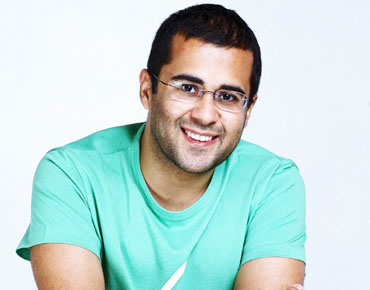 The first time might have been a random event; the second, possibly coincidence. But with the release of his third book, the ominously titled The 3 Mistakes of My Life, Chetan Bhagat has made one thing quite clear. He really isn't a great writer. This shouldn't come as news to the Indian literary establishment, which has been savaging Bhagat in print and in the blog world for the past four years. His success (he is India's biggest-selling English language writer ever) has only sharpened the critics' knives.

The new book, however, makes it clear that most of Bhagat's critics have been off-target. He has been attacked for being the sort of poor writer who ordinarily cannot even get hired as a lowly hack in print media. He is clearly nothing of the sort. Bhagat only lacks literary skills the way the Da Vinci Code's Dan Brown, thriller writer Alistair MacLean or horror/crime writer Dean Koontz lack literary skills. Clunky writers all, they are nonetheless engaging in their varied styles, have sold in the millions, and have plots that tend to translate very easily into film scripts.