The epic corporate battle of Mittal's takeover bid of Arcelor, fought against a backcloth of cultural anxiety 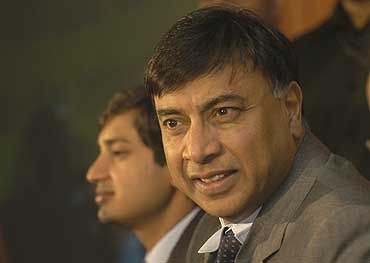 The CEO of Arcelor, Guy Dolle, appears as the villain in this story, stumbling unthinkingly into racist jibes about the Mittals’ monnaie de singe—monkey money, literally, but funny money is what he meant. It gets worse as politicians in France, Luxembourg and Belgium begin to take protectionist steps to keep Arcelor European. This, even though Mittal’s company was registered in the Netherlands and he did all his business outside India. There are many low tricks to stop hostile bids and this book offers a textbook of them. Eventually Mittal won fair and square because shareholders saw through the outdated corporatist nonsense of the European model and chose the enterprising dynamic globaliser.

India also put its oar into the battle on Mittal’s side. I thought at that time that this compromised Mittal since he was playing the bid as a cosmopolitan player and not as a desi. This book tells how President Chirac’s team advises Mittal not to attend a lunch that Prime Minister Manmohan Singh is giving for Chirac, to which he had invited Mittal, just to avoid any bad vibes in the French media. Lakshmi Mittal and his son Aditya emerge as a fantastic team, like Batman and Robin, overcoming all odds, anticipating their rival’s each move and outsmarting them. They put together a winning team of lawyers and bankers and PR people from several countries—as this is of all such bids the truly global battle. So does Arcelor. They also involve a Russian company, Severstal, very much a post-Gorbachov phenomenon. They both fight dirty: spying, throwing spanners in the works, spreading misinformation. The money spent is like "a lawyer’s wet dream".