How Hot Is Ash, Really?

The knives are out. And the ex-beauty queen's Hollywood dreams, riding on Bride and Prejudice, look like hitting the bumps. Will Bollywood and 2005 offer succour? 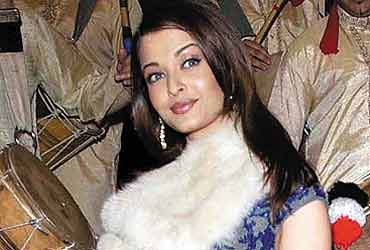 However, if the initial reaction to her brand-new, hyped-to-Himalayas multinational film Bride and Prejudice is anything to go by, there may not be a euphoric end (or should we say beginning) to Ash's crossover saga. That Ash has been eyeing the West is old news—finding a place in the Cannes jury, rumours of a role in a Bond film and meetings with Robert de Niro, Michael Douglas and Spike Lee only underlined her dream further. Time put her in their list of the world's 100 most influential people. A Hello mag poll rated her as the most attractive woman of 2003. But it's Bride, her first English language film, that was touted as a real passport to Hollywood. "It will launch Ash into a whole new arena," claimed director Gurinder Chadha on the eve of the film's release. "It will help us present her to producers and directors not familiar with her Bollywood history," said Simone Sheffield, her international agent. But Bride's UK stopover indicates a bumpy ride ahead in global multiplexes, and Ash must sure be giggling uncertainly at the crossroads. The film was slammed by mainline UK critics, one of them going to the extent of saying that "though gorgeous to look at, (she) does little more than flounce about and play the guitar...". However, Sheffield is least perturbed. "Critics are just critical. In spite of a few adverse reviews in the UK, Bride opened very strong, second only to Shark Tale," she informs.

But how you read success depends on how you interpret the figures. According to Variety, Bride grossed $2.7 million in the first three days in the UK with Shark Tale holding the top slot with $4.4 million. Mind you, Shark Tale was far ahead in spite of the limited preview screenings. Also, Bride has not had any major blockbusters to contend with in its initial run unless you think Saw, Resident Evil and Layer Cake make for big-time Hollywood. At current estimates, Bride is expected to end its UK run with $10 million, much lower than lower budget Bend It Like Beckham's $19 million gross. Just to queer the pitch—Shark Tale is pitched to gross $10 million the coming weekend itself.