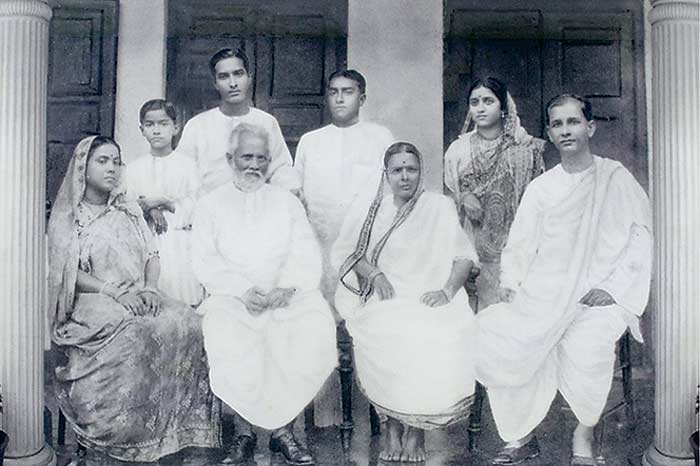 We drive 10 km down the Dhaka-Chittagong highway and swing into the interiors, only to crawl along the narrow road meandering under a canopy of banana and palm leaves. Strewn on either side are white shipla or water lilies, Bangladesh’s national flower. Beyond the road, as far as the eye can see, farmers in quaint hand-made boats are fishing in water-logged paddy fields. After about 10 km, we come upon, and stare bewitched at, the Meghna river—a tributary of the Brahmaputra but just as mighty and expansive. Here the road turns a bend, suddenly bringing into view Chowdhury Para, a hamlet in Barodi pargana of the Sonargaon subdivision. In this nondescript village is located the ancestral house of Jyoti Basu, the late Marxist leader, one who shaped the redoubtable election-winning CPI(M) regime in West Bengal and dominated Bengal politics for three decades.

Chowdhury Para has acquired fame here in recent weeks, courtesy the Bangladesh  government’s decision to convert Basu’s ancestral house, called Nagapada, into a library-cum-tourist complex. This could well inaugurate a new chapter in Indo-Bangladesh relations, often marked by suspicion, animosity and, occasionally, armed skirmishes along the porous border. It could—who knows—even become a symbol of common civilisational links between the two countries, torn asunder so cruelly six decades ago.

It isn’t difficult for us to locate Nagapada, a two-storeyed structure squatting, rather gloomily, on 2.04 acres. This was the residence of Jyoti Basu’s father, Nishikanta Bose, who later took on the other variant spelling of Bose—Basu. Though the East Pakistan government impounded much of what Nishikanta owned as enemy property after Partition, Nagapada’s relatively small size suggest a modest land-holding. On the ground floor are two rooms and a public meeting place; a staircase leads to another two rooms and a drawing room upstairs. 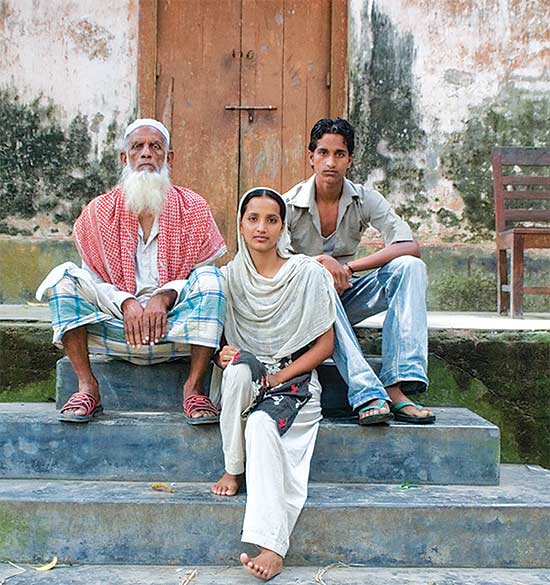 Shahidul and family at the house (Photographs by Rakib Ahmed)

Time hasn’t spared Nagapada—the paint has peeled off, the driveway linking the entrance to the rear is overgrown with weeds. Yet, miraculously, a piece of the past survives here, not only through the framed, sepia-faded  family photos that still hang on the walls, or the odd surviving armchair or bedstead. It is nurtured by the memory of 80-year-old Mohammmed Shahidul, the owner and caretaker of Basu’s ancestral house.

The government’s decision to convert Nagapada into a tourist complex should have enthused Shahidul, render light as it would his task of preserving the zamindari abode of Nishikanta. Instead, he is inconsolable at its very mention. Subjected to the whims of history—two partitions and torn homes—he fears the project would blight his last days. “It will be painful, very, very painful if I am asked to leave, at this stage in life,” he laments amid loud sobs. You can’t but empathise—four generations of his family, starting with his mother Ayatonissa, have lived in Nagapada. This is his home; he has nowhere to go.

After he recovers, he talks of olden days, about the zamindari. From Shahidul’s account, it seems Nishikanta came from Bikrampur, and married Sharatchandra Das’s only daughter, Hemlata Das, Jyoti Basu’s mother. He settled in this village, but in another house, which hasn’t survived. When Shahidul was 15, the Boses or Basus left Chowdhury Para for good. Shahidul’s mother Ayatonissa, a family retainer, got Nagapada; the other building where Nishikanta Bose had stayed was gifted to her brother Abdul Ghaffar. The property transfer was executed through power of attorney.

The ambiguities of history notwithstanding, most here fondly remember Dr Nishikanta Bose, a doctor who attended poor patients for free. “And when times were bad and crops failed, the Boses would waive the land revenue of the sharecroppers,” says Shahidul. Agrees another older denizen, Zakir, “Bose was a public-spirited doctor who would visit his patients at home, particularly those who were in serious condition.” In those days, it was considered unthinkable for the zamindar to visit a ryot’s home—and many in the village wonder at what we today consider an ordinary gesture. The family’s zamindari was also benign, even benevolent, in comparison to other estates. As Rahmatullah recalls, “Zamindar Nishikanta Bose was unlike other zamindars who often perpetrated atrocities on tenants.” 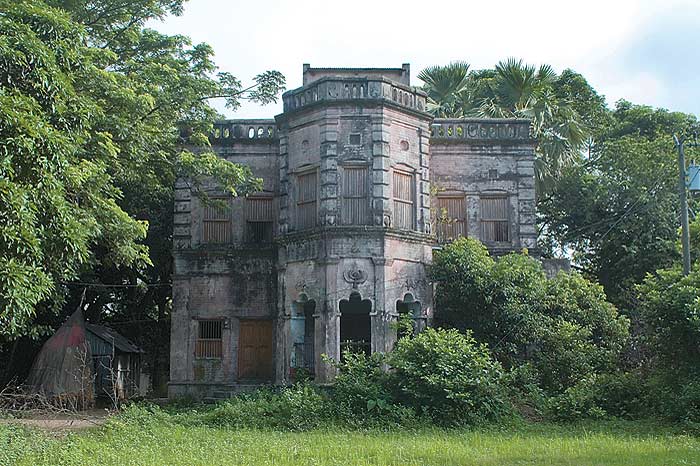 Jyoti Basu, too, never forgot the caretakers of Nagapada. Dates don’t come to him easily at this age, but Shahidul recalls meeting Basu in Writer’s Building and in the Basu household in Calcutta. He says the leader would affectionately address him as ‘Kaka’ and ‘Baboo’. For his part, Basu could visit Chowdhury Para only twice—in January 1987 and November 1999.

Gen Ershad was in power in 1987. Senior journalist Rahman Jahangir recalls that Basu landed in Chowdhury Para in a helicopter and addressed an impromptu gathering of locals. The one single memory of that speech which stands out, says Jahangir, was Basu’s repeated reference to Sheikh Mujibur Rahman as ‘Mujib’, a near-blasphemy in these parts, where even the leader’s bitterest detractors would address him as Bangabandhu. The two leaders became friends during the Awami League’s government-in-exile that operated out of Calcutta, spearheading the fight against Pakistan. “The Communists played a key part in hosting nearly 10 million Bangladeshi refugees, which neither Mujib nor his daughter Sheikh Hasina ever forgot,” says Jahangir.

Basu next visited Bangladesh in 1999, at the invitation of Prime Minister Sheikh Hasina, who perhaps wanted to show her appreciation of the salutary role he played in India ratifying the treaty that assured supply of the Ganga waters to Bangladesh for 30 years. “No Bangladeshi leader, not even Sheikh Mujib, had managed what his daughter achieved. Jyoti Basu helped brighten
Hasina’s image as the leader who had almost achieved the impossible for Bangladesh,” adds Jahangir.

No wonder then that Hasina has put her formidable weight behind the idea of converting Nagapada into a library-cum-tourist complex. Says Awami League leader Obaidul Qader, who has been entrusted to oversee the project, “The PM has also cleared my proposal for the construction of a memorial. It will be completed by 2012.” A pause later, he adds, “He is a great leader of the subcontinent. And he was from Bangladesh. So he was a Bangladeshi as well. The people here love him.”

The Young Are Ageing