Amidst all the cheer for Narendra Modi, dissenting voices—not just Muslims, but Gujaratis of all backgrounds.

Amidst all the cheer for Narendra Modi, there will be dissenting voices—not just Muslims, but Gujaratis of all backgrounds. In some way or the other, because of what they do and represent, Modi’s state has always been hostile to them. Interviews by Panini Anand. 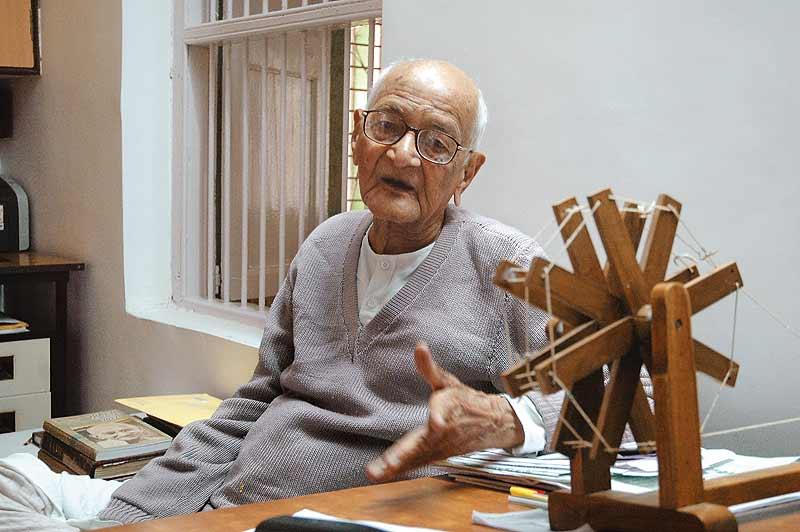 “Modi has helped industry grab land from the poor.... But we are not silent victims.”

Modi comes from the RSS school of thought that has as its sole agenda to sully Gandhi and his philosophy in every possible way. They are the ones who killed him. Modi is a brick of the same wall. His ideology is anti-Muslim, anti-Christian. This is completely against Gandhian philosophy. Gandhi was against both—the creation of Pakistan and the existence of the RSS. The RSS has deleted Allah from “Ishwar-Allah Tero Naam”. The only Gandhian thing Modi had in his life was wearing khadi; that too he abandoned. The boy who once helped his family at a tea stall now travels in luxury cars and changes designer clothes 4-5 times a day. If he talked about khadi, Indian culture and swadeshi, it was just for propaganda purposes. When he built the Mahatma Mandir for Rs 1.5 crore, I asked him that before doing so, he should tell people what he thinks about Godse.

Modi’s way of functioning, vision and belief is pro-corporate, pro-industry and pro-MNC. He has helped them grab land from the poor and weaker sections of society; he wants to hand land over to industry against the wish of landowners. I am stopping him from doing that. Even at 96, I am fighting against the state to save the democratic rights of people. In this fight, I and Modi face each other. I have found that his claims about development are false. His efforts have actually benefited mostly the mncs, not the people. The farmers, the landless people, minorities, labour class, and those in rural areas have suffered. He has so far been successful in branding and marketing himself.

We are not silent victims; people have started protesting against this state-sponsored loot, but I feel that the hatred and violence infused in society will take much longer to go. 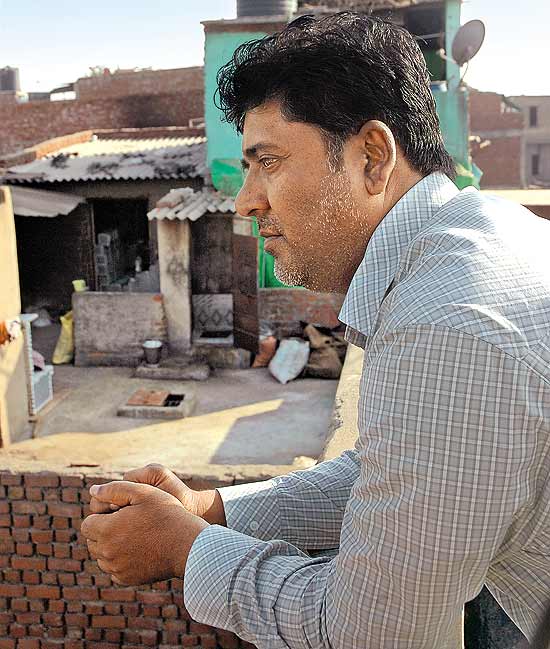 “Whether Modi is in power or not, I am condemned to live with this sense of fear”

I left Ahmedabad soon after the riots. My photograph was being splashed in many newspapers across the country. The image of fear was on many covers, but it increased my fear, instead of giving me any sense of security. I went to Calcutta and started working with the state government’s support. In 2004, my mother, who still lived in Ahmedabad with my elder brother’s family, was hospitalised. I decided to return. I was missing Gujarat. Moreover, I didn’t want my children to grow away from their state, and with bad perceptions about it. For my family, it was like Partition; I have seen how people affected by it still live with pain and a sense of disconnect. I never wanted the same for my children.

I returned, but lived under the shadow of that photo. The fear was always alive in my mind; I still live with it. At work, I couldn’t distinguish between friend and enemy. So I decided to work from home. I have tailoring machines in my house, ones I got in Calcutta. I make readymade garments with the help of my relatives and family.

Whether Modi remains in power or not, I am condemned to live with this innate sense of fear throughout my life. I will take it with me to my grave. But I am not the only one. I have heard Keshubhai on television, saying fear rules the state; it’s in the air, it’s not visible but it’s still there. Always. All the time. It’s impossible to go back to the pre-riot days—broken glass can’t be put back together. I have sympathy for those who died in the Godhra mishap and culprits must be punished, but instead of controlling the unrest, it was left to spread across the state. That lawlessness, that violation, spawned a larger-than-life fear of Modi. 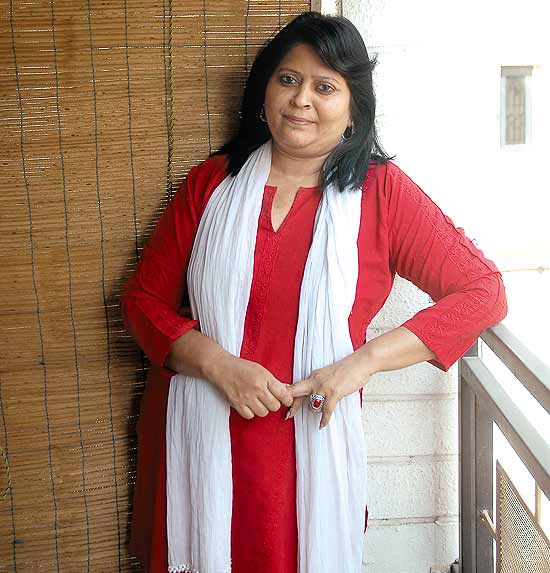 “Sexual violence and malnutrition has gone up...can’t understand why women like Modi”

Most of the time I feel we don’t exist for them at all; whether as a Muslim, as a woman or as a combination of the two, a Muslim woman. Fear psychosis has affected the majority deeply, while hostility towards Muslims is very high. Sometimes I feel that with reduced hope, Muslims have surrendered meekly. One often loses the will to fight in a long struggle, when there’s no ray of hope from anywhere.

During the 2002 riots, my office was in Ahmedabad’s Narayanpura, a Hindu-dominated area. Our residential locality was cosmopolitan. I stayed there even after the riots, but in 2006 I was forced to shift to a ghetto of my own community that are regarded as ‘mini Pakistans’ here. Hindu friends started keeping a distance, and Hindu colleagues left when we shifted our office to a Muslim ghetto. This ghettoisation was the worst thing to happen.

Two tags were forced on my identity—Muslim, and Muslim woman. As my secular friends started disappearing, I found myself in my own community. They are my new friends and my new hope. It’s not only my story, and we should not presume that only Muslim women are suffering. Sexual violence has increased in the state in the last few years. Malnutrition is a challenge. I can’t understand why women like Modi and vote for him. Gone are the days when we used to return home from railway stations, airports and public functions at night; it’s very unsafe today. Today, I think it is a myth that we all are one. Narendra Modi has damaged the identity of not only women in the state, but that of Muslims, Hindus or other communities. 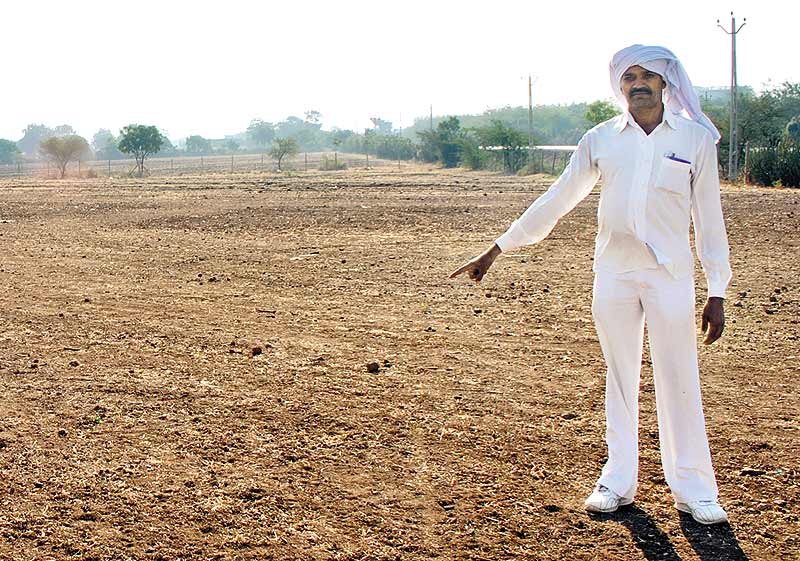 “Saurashtra becomes another Vidarbha, and the government remains ignorant”

I own 35 bighas of land in Rajkot district. We grow cotton, wheat, corn and seasonal vegetables. The biggest problem is the availability of water on time. We were promised that Narmada water will reach our fields, but many medium and small canals in our area await a single drop to this day. Our crops are badly affected.

Like our fields, our throats are parched. Cattle are dying and diseases spreading due to drinking dirty water. Availability of fertiliser is also an issue. I spent lots of money on a bore-well in an attempt to save my crops. At the end of the day, almost nothing is left. Even farmers who have sufficient land are forced to find other sources of income. Small farmers are selling their land and migrating to cities. Medium-level farmers like us opted for the real estate business to survive. Some farmers in our villages committed suicide because they were unable to repay loans. This has created a general depression. The state government has narrowed their focus to the development of cities, industries and urban areas. One of my daughters is married, but I don’t know how we’ll manage the marriage expenses of the other two. As Saurashtra becomes another Vidarbha, the state government remains ignorant.